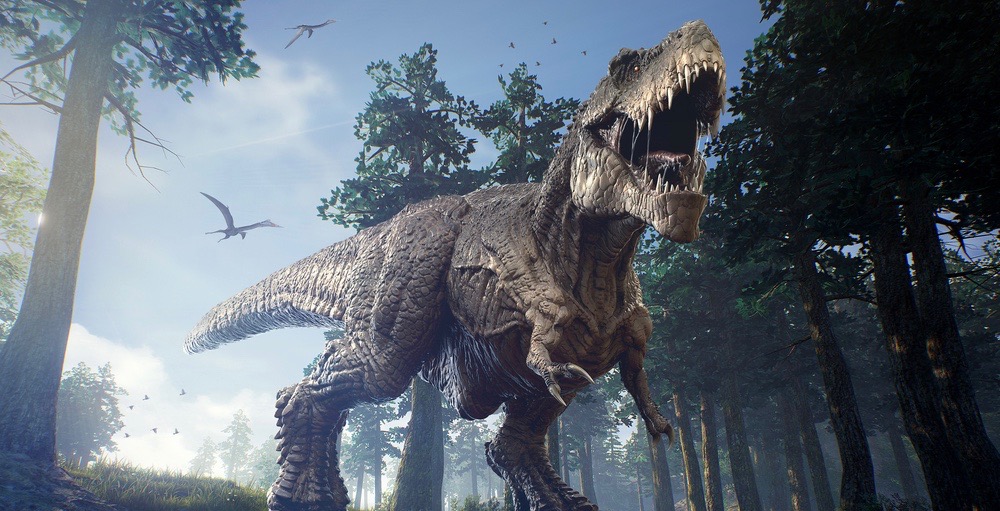 Alberta is revamping its driver’s licence design and some ingenious person had the idea to add a literal dinosaur alongside the usual personal information, driver’s licence number, and photo.

It isn’t the only new feature that has been added to the licences, but it definitely is the most eye-catching, and each person’s individual birthdate will be printed along the dinosaur’s spine and tail.

While the fossils look to be that of a velociraptor, or even a T-Rex, a release from the Province of Alberta states that the dinosaur in question is actually the fabled Albertosaurus — a dinosaur that was first discovered right here in Alberta.

There’s an Albertosaurus on the new licenses!
What’s not to love? #Friends #RossGeller #DinoScore pic.twitter.com/fHn51ve4FE

Some of the other cool (though not nearly as cool) features that have been added include clear windows, laser engraving, and 3D embossing that make the new cards more difficult to replicate — sorry, 17-year-olds.

“The new security measures in the Alberta driver’s licences and identification cards will help ensure the safety and security of the public’s information,” said Brian Simpson, the deputy chief of the Edmonton Police Service, in the release.

“These security measures will help law enforcement in identifying those individuals who are fraudulently attempting to use this document for illegal purposes.” 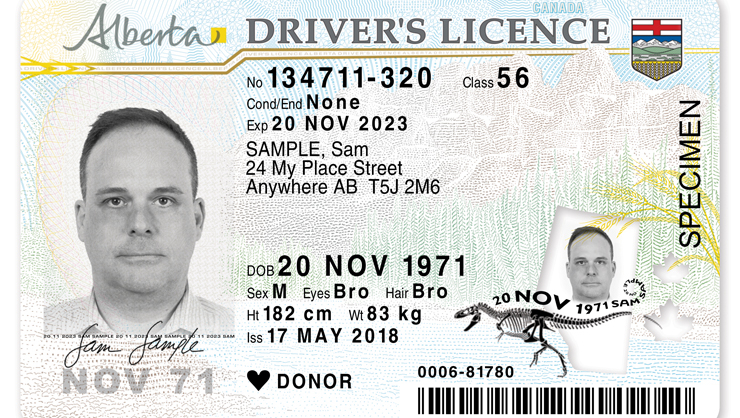 Even with the addition of extensive security features and a super rad dinosaur, the cards actually cost less to produce than the previous design, which will save taxpayers an average of $1 million annually.

“Our government takes identity fraud very seriously,” said Stephanie McLean, the minister of service for the Government of Alberta.

“We are the first jurisdiction in North America to integrate this combination of design and security to protect Albertans from ID theft and prevent fraud. We are using the latest technology available to safeguard people’s personal information and prevent scams.”

Anyone hoping to get the new card will have to wait until their old one expires, as the cards will be introduced through the regular renewal process.