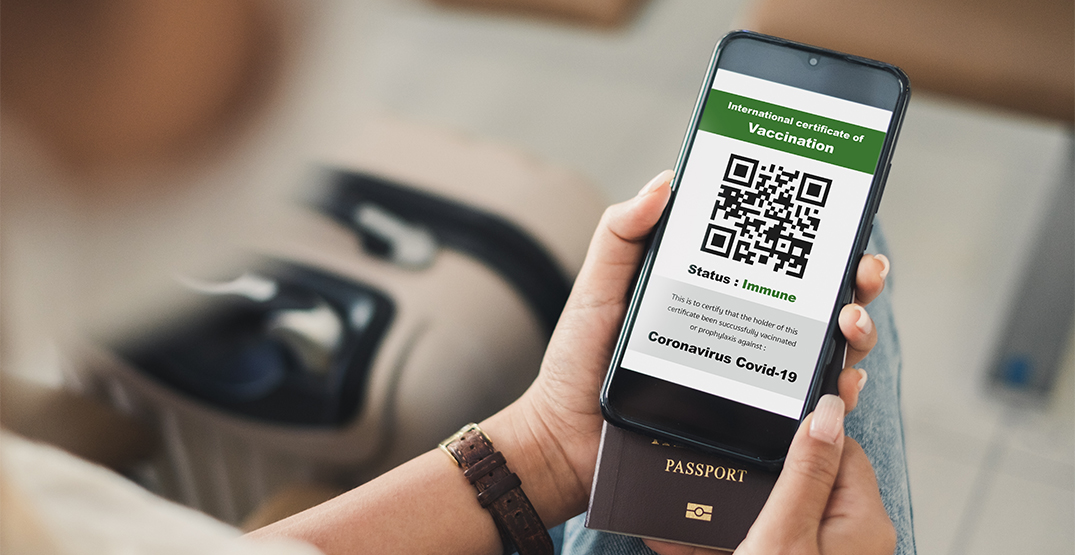 Prime Minister Justin Trudeau announced plans for a standardized COVID-19 vaccine passport system for international travel on Thursday; however, Albertans will have to wait before it becomes available for use.

As of Thursday afternoon, Alberta’s vaccine cards did not contain the federal stamp of approval. Daily Hive has reached out to Alberta Health for more information on how and when residents can download the national cards, but has not yet received a response.

The new document will use the SMART Health Card and contain a QR code, according to the federal government. It will say Canada in the top right corner and the province in the top left.

Canadians should soon be able to download their national proof of vaccination through their provincial portals, but not all provinces have it set up yet. 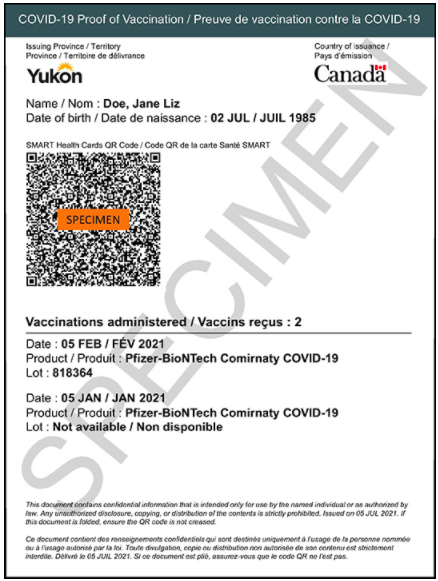 Proof of vaccination/Government of Canada

Albertans are not yet able to download Canada’s federal COVID-19 vaccine passport for international travel; however, until the national cards are ready across the country, the federal government says provincial vaccine passports will still be accepted.

“As of today, so far we have Saskatchewan, Ontario, Quebec, Nova Scotia, Newfoundland, and all three territories, Nunavut, Northwest Territories, and Yukon, who already have put into use the national standard for proof of vaccination,” Trudeau said during his press conference.

He added the remaining provinces are working to “come online” and give residents a standardized proof of vaccination certificate.

“We will be picking up the tab for it at the federal level to ensure that all provinces are able to do it,” Trudeau said.

Starting October 30, everyone travelling on domestic flights in Canada will need to show proof of immunization.

While not accepted across the country, Alberta’s QR code app for its provincial vaccine passport is now available, and, starting Monday, November 15, the QR code will be the single acceptable proof of vaccination in Alberta.

The QR code can be found on the Government of Alberta’s website. To complete the form and download your code, you’ll need your Alberta health care number and the month and year you received your vaccine doses.

The AB Covid Records Verifier app is available for download on Apple and Android devices through the respective app stores.

With files from Megan Devlin and Laine Mitchell