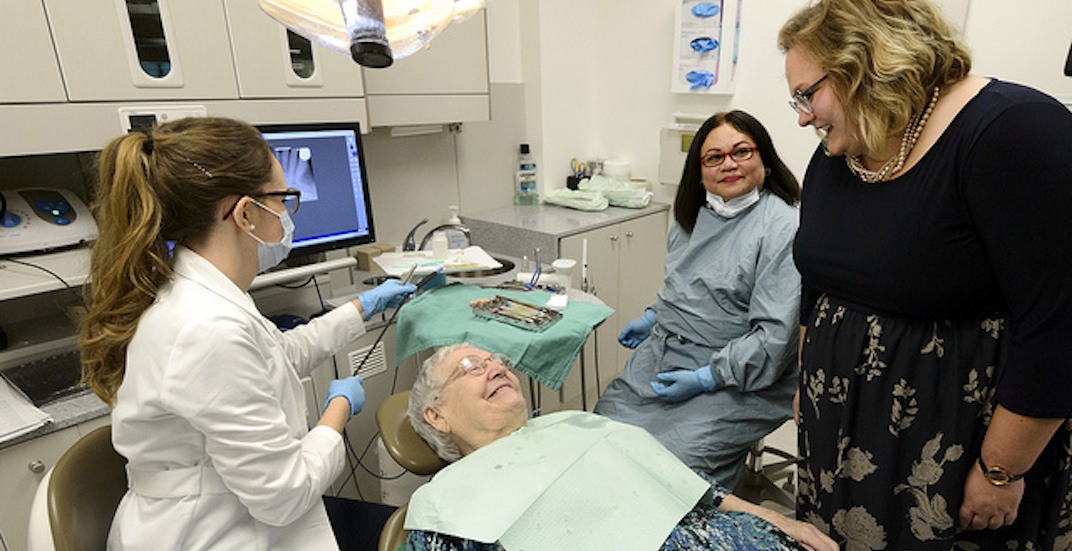 Minister Hoffman chatting with a patient after the announcement of Alberta’s 2018 dental fee guide. (Alberta Health)

Going to the dentist may have just gotten a little cheaper.

The Alberta Dental Association and College has just released a guide that suggests an 8.5% decrease in prices for 60 dental procedures, which will go into effect on January 1, 2018, according to a release from Alberta Health.

While dentists will not be obligated to abide by the guide, it hopes to offer patients the opportunity to speak with their dentists about how much they are being charged.

“I’ve heard from seniors and parents worried about creeping costs and the affordability of dental care,” said Sarah Hoffman, Minister of Health, in the release.

“We’ve partnered with the Alberta Dental Association and College to make sure dental health is affordable and transparent in this province.”

The guide will be available online for Albertans to access, and will be the first dental fee guide that the province has seen in more than two decades, according to the release.

An easy-to-use abridged version of the guide will be completed by the college in the coming months.