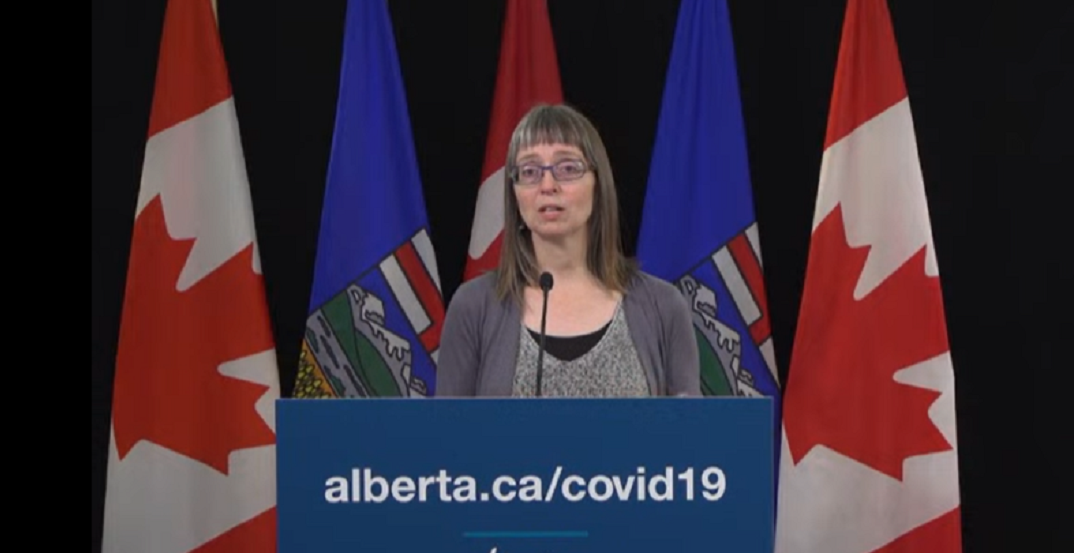 In a Thursday press conference, Alberta Chief Medical Officer of Health Dr. Deena Hinshaw said that Alberta has seen 96 new known cases of coronavirus in the past 24 hours.

This brings the province’s known total to 968.

She also noted that there have been two new deaths as of April 2.

Hinshaw stated that the two new deaths were a man in his 80s in the north zone and a man in his 90s at Calgary’s McKenzie Towne Continuing Care Centre.

It is believed that 108 of Alberta’s total known cases were contracted through community transfer — an increase of 14 over the past 24 hours.

Thirty-two more people have recovered from coronavirus since yesterday, Hinshaw noted, bringing the province’s total to 174.

Hinshaw also stated that Alberta had conducted over 4,000 tests over the past 24 hours, finding 98% of that number testing negative for the virus.