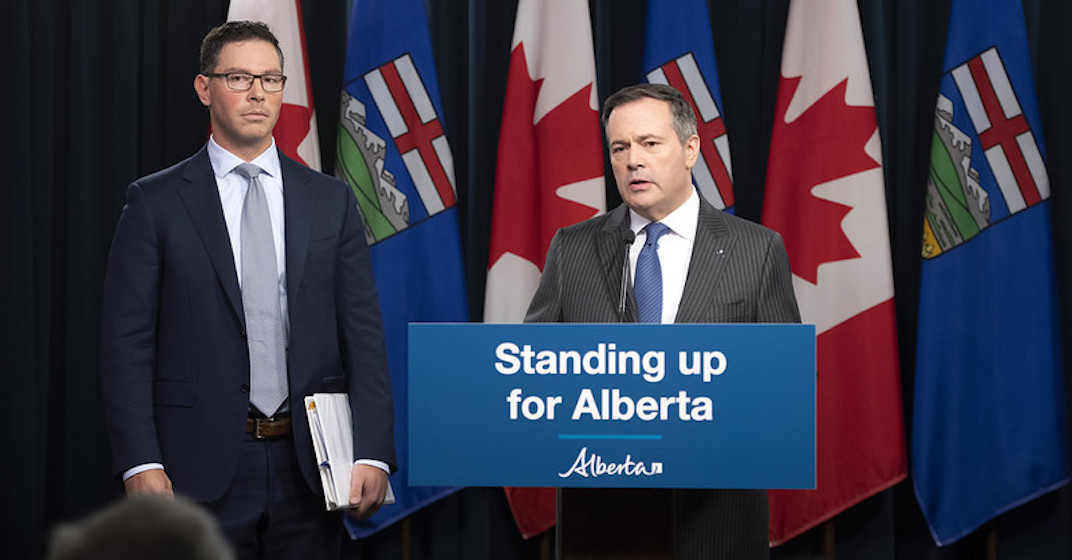 The Alberta government announced today the introduction of a new bill, that, if passed, would create strict penalties for protesters blocking “critical infrastructure.”

Bill 1, the Critical Infrastructure Defence Act, imposes stiff new penalties on protesters who block critical, essential infrastructure, with fines of up to $10,000 and $25,000 for first and subsequent offences, as well as possible prison time of up to six months.

According to a release, the bill “would designate infrastructure such as railways, highways and pipelines as critical and create offences for trespassing, interfering with operations and construction, and causing damage.”

The release continues, “Corporations that aid, counsel, or direct the commission of an offence could face fines of up to $200,000. In addition, where a corporation commits an offence, the officer, director or agent of the corporation who directed or authorized it would be liable to penalty.”

The bill comes amidst ongoing blockades across Canada in solidarity with Wet’suwet’en hereditary chiefs pushing back against the construction of the Coastal GasLink pipeline in northern BC.

Premier Jason Kenney held a press conference related to the introduction of Bill 1 and said the protests “put human life at peril.”

“We have seen virtual anarchy in many parts of Canada, massively damaging our economy, killing thousands of jobs, jeopardizing the livelihoods of countless Canadians, and even putting human life at peril, with ambulances and medical emergencies blocked by lawless and illegal protests on critical infrastructure from coast to coast,” said Kenney.

“This is not legitimate and lawful protest. Albertans and Canadians respect our constitutionally respected freedoms of expression, of assembly, and to protest. But blocking railways, roadways, commuter trains, and critical infrastructure is simply and plainly illegal.”

Earlier this month, RCMP arrested about 30 land defenders while enforcing an injunction on behalf of Coastal GasLink.

Supporters of the Wet’suwet’en hereditary chiefs, however, said they were simply asserting their title to land that is rightfully theirs.

This week, several supporters of the Wet’suwet’en hereditary chiefs have declared the concept of reconciliation dead, because RCMP and governments ignored their wishes and moved in to arrest people occupying the land.

Kenney said the protestors are damaging the economy and disrespecting “the rule of law.”

“Not only does it mock the principle of the rule of law, which is what holds us together as the central principle of our democratic society, but it also is inflicting massive damage on the Canadian economy,” said Kenney.

“It is clear the withdrawal of the $20 billion Teck Frontier Project was linked to chaos that we have seen in parts of Canada over the past couple of weeks.”

Teck Resources withdrew from an oil sands project in Alberta on Sunday, but contrary to Kenney’s statements, the Teck CEO says the company pulled out because of the lack of federal and provincial direction on climate change.

According to Kenney, the bill will cover both publicly owned and privately owned infrastructure, such as pipelines and related infrastructure, oil and gas production and refinery sites, highways, railways, utilities (electric, gas, and water), telecommunication lines, towers, and equipment, and mines.

“We trust our professional police services, to once the legislature has passed this law, to use this as a tool to maintain public safety, to maintain respect for the rule of law, to protect critical public infrastructure, and to protect jobs and the economy.”