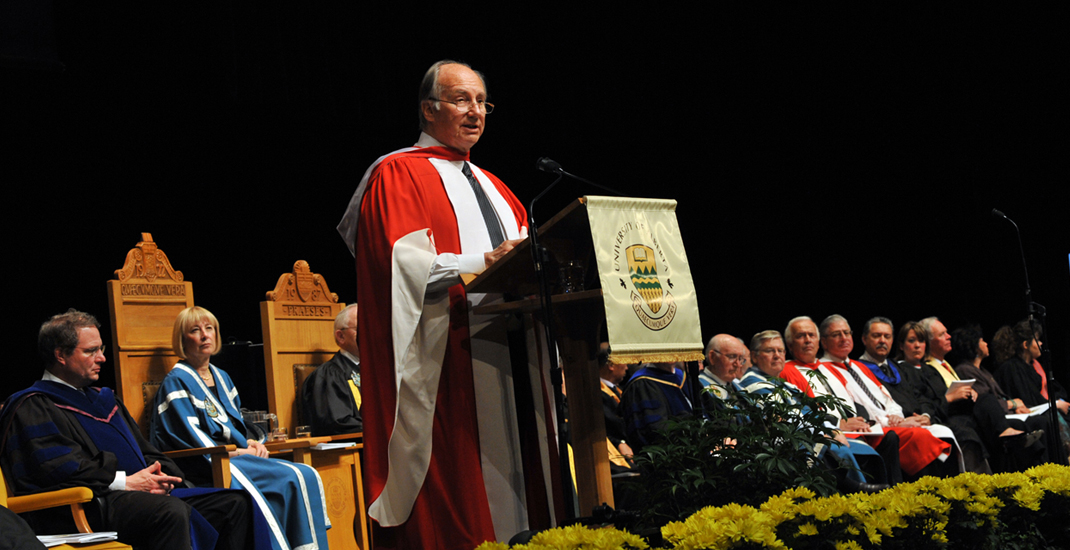 His Highness the Aga Khan delivering his Convocation address at the University of Alberta in Edmonton on June 9, 2009 (Moez Visram/AKDN)

Written by Brian Heidecker, a former Chair of the University of Alberta’s Board of Governors. He is a retired rancher and businessman who currently serves as the Chair of the Board of the Edmonton Public Library and Sawridge Trusts.

“In today’s community of nations, a country’s standing is no longer recognized simply by what it can achieve for itself, but just as much by what it can do for others. In this context, Canada has become a world ‘power’ in the best sense of that word.”

This year marks the 60th anniversary, or Diamond Jubilee, of His Highness’ leadership, or Imamat, of the world’s Shia Ismaili community.

Over the course of his life, the Aga Khan has worked selflessly towards the improvement of the quality of life for people in some of the world’s most remote and isolated regions. He does this through the work of his organization, the Aga Khan Development Network, the agencies of which operate in the sectors of cultural, social, and economic development.

Yet what might the Aga Khan – founder and Chairman of one of the world’s largest private development agencies – find in Edmonton?

The answer to the question ‘why Edmonton?’ I believe is reflected in two connected themes to which His Highness refers. The first is the idea of a knowledge society, and the second, the value of pluralism.

As the Aga Khan remarked, “When people think pluralistically, there is no limit to what they can do together, joining forces across a wide variety of divides—and even across long distances—so that a University based in the far western reaches of North America can join hands and hearts with institutions which are, quite precisely, on the opposite side of the planet.”

The learning and wisdom acquired within these libraries and corridors was forged in a common cosmopolitan and pluralist ethic. It was an age in which scholars of different of traditions, cultures, languages, and beliefs came together with a common purpose. 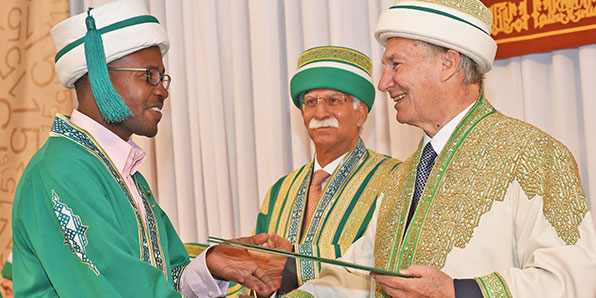 The Aga Khan, Chancellor of Aga Khan University, at AKU’s Convocation in Uganda in 2015

I think today about the Aga Khan University in Karachi, Pakistan, and the University of Central Asia’s campuses in Naryn, Kyrgyzstan and Khorog, Tajikistan, which provide their students the opportunity for a brighter future.

In Arusha, Tanzania, I had the opportunity to tour the future site of Aga Khan University’s Faculty of Arts and Sciences in East Africa. To invest in such a campus speaks to both the importance of a liberal arts education that is firmly grounded in the African context but also to the importance of critical and interdisciplinary thinking, as well as pluralistic thought in the world today.

In cultivating these competencies, AKU will develop future African leaders that will be well equipped to tackle the challenges of an increasingly complicated world.

The Aga Khan University in East Africa is just one example of the plethora of AKDN’s institutional efforts in the region. I could count here the example of the restoration and conservation work done by the Aga Khan Trust for Culture in Zanzibar, the improvements to healthcare made by the Aga Khan Hospital in Nairobi, Kenya, and the economic development fueled by the Serena Hotels.

It is an approach to development that is inherently pluralistic in nature. 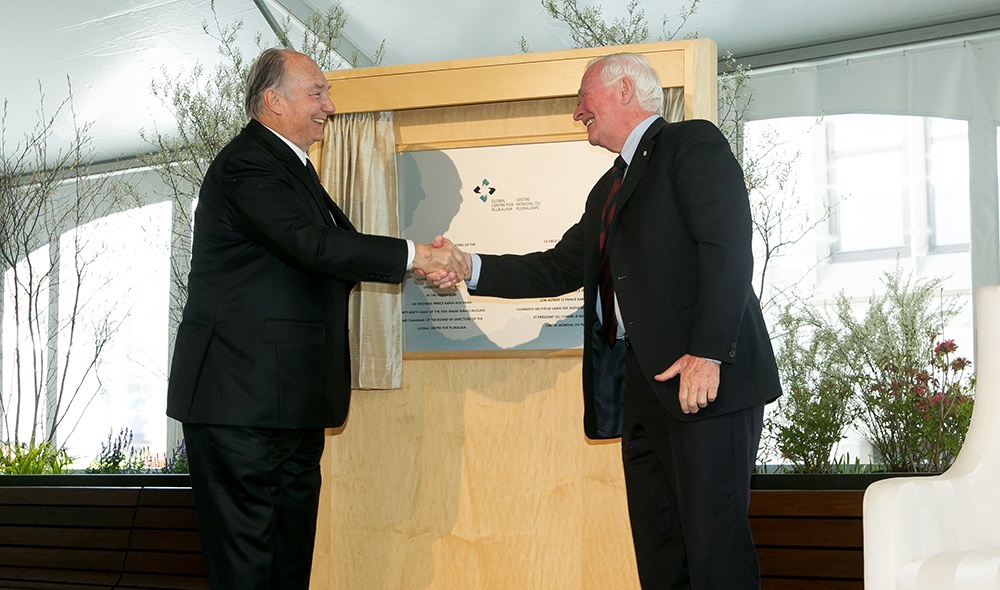 We in Canada know firsthand the benefits that a pluralistic ethos can bring. When people and communities learn to see each other’s differences as opportunities rather than threats there is no limit to the learning, innovation, and knowledge that arises. When these pluralistic bonds stretch across the globe, the fruits of this partnership are even more bountiful.

Through its partnerships and agreements with the Aga Khan University, the University of Alberta has strengthened its commitment to advancing global knowledge and contributing to the betterment of life for those in the developing world.

The University of Alberta’s expertise and leadership in the fields of agricultural sciences, public health, natural resource management, and environmental energy sciences has, and will continue to be, made available for the world to benefit. To share in the production and transmission of knowledge that enhances the quality of life for others around the world is what makes Canada special. It is a responsibility and duty that we as Canadians, and as global citizens, shoulder with pride. 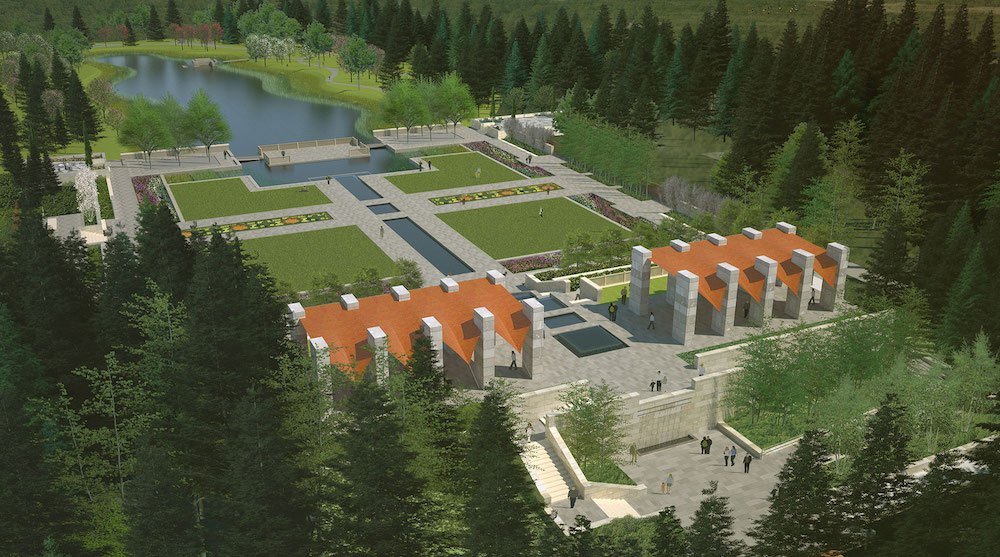 Edmonton will soon be home to the Aga Khan Garden, a beautiful reminder of both the partnership between His Highness the Aga Khan and the University of Alberta, and the values upon which this partnership was built. As a space of beauty and contemplation it will inspire thought and conversation. In its creation and design it will echo in a distinctly Canadian context, the Mughal Gardens of the subcontinent, an elegant expression of pluralism in its physical form.

So today, I congratulate His Highness on the occasion of his Diamond Jubilee, for all that he has done for Canada, for Alberta, and for those those around the world. With his confidence and generosity, the city of Edmonton and province of Alberta are better equipped to take their place at the frontiers of knowledge.