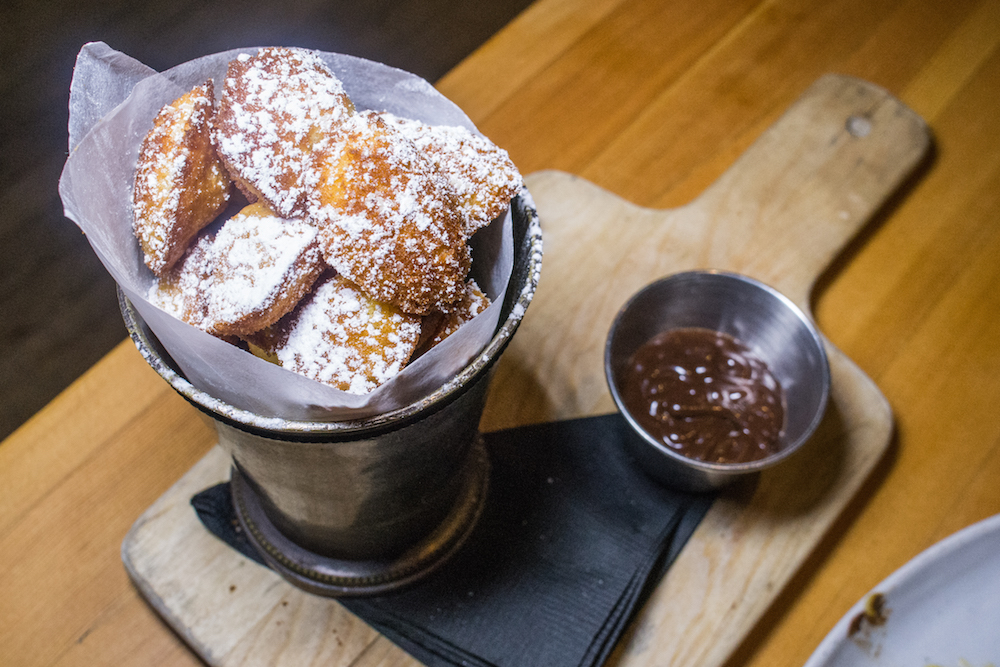 Written for Daily Hive by Adrian Brijbassi, Vacay.ca editor and founder of Top 50 Restaurants in Canada

Saskatoon is one of the fastest growing cities in Canada, thanks to consistent economic increases in a variety of industries and the return of proud citizens who have travelled the globe and opted to come back home because of family ties, reasonable real estate prices, and an eclectic arts scene.

While it still isn’t regarded as a tourism hot spot, there are plenty of reasons why you might consider making a visit — not the least of which is the impressive quality of its restaurants.

Here’s how to spend 72 hours in Saskatoon, for food lovers.

6 pm: Check-in at the James Hotel 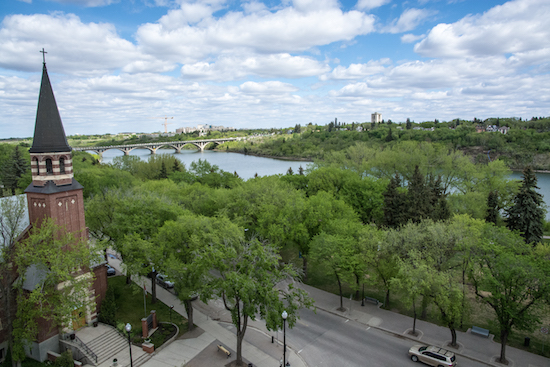 Regarded as the best hotel in the city, the James is the top choice for a luxury stay in Saskatoon. Many of its rooms have balconies with views of the South Saskatchewan River. You’ll enjoy a restful night in spacious rooms with comfortable beds and luxury bathrooms. A recent search on the hotel’s website showed nightly weekend rates in June starting at $215.

Ranked among the TopRestaurantsInCanada.com in each of its first two years, Ayden is the brainchild of Dale MacKay, the former chef at Lumiere in Vancouver as well as the first winner of Top Chef Canada. Ayden, named after the chef/owner’s son, celebrates the ingredients of Saskatchewan as well as the culinary talents of its chefs, MacKay and Nathan Guggenheimer. Lake Diefenbaker steelhead trout is often on the menu and has been delicious each time I’ve tried it. Favourites also include the housemade sausage platter ($18) and Asian-style chicken wings ($12.50).

9 am: Breakfast at the James

The hotel serves a buffet breakfast in its second-floor restaurant that includes omelettes made to order. Although it’s not the best breakfast you could have, it is a convenient option and the cozy restaurant space is a relaxing place to start your day.

Saskatoon is known as the City of Bridges because it has seven thoroughfares that cross the South Saskatchewan River. The Prairie Lily cruise takes you beneath some of them while offering you a guided tour of the city’s riverside landmarks. It’s a good way to understand the city and learn about its neighbourhoods and history. The cruise costs $24 per adult. 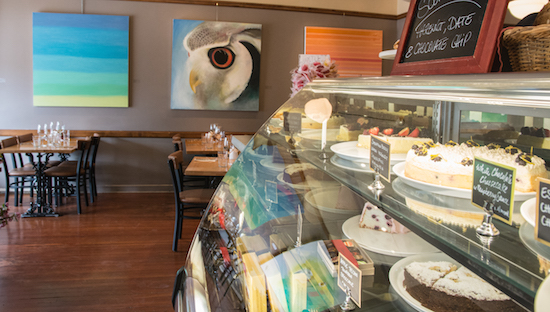 An establishment that has been around for 30 years, Calories has evolved from a desserts-focused eatery into a spot that offers impressive savoury cuisine. If it’s available, you’ll want to try the charcuterie plate. It has some of the region’s most interesting meats, such as elk and bison. Residents still come out for dessert,though, and you shouldn’t leave without trying the Toffee Cheesecake, the most popular item on the menu.

5:30 pm: Dinner at Little Grouse on the Prairie

Dale MacKay’s apprentice, Jesse Zuber, is the executive chef at this newly opened 38-seat restaurant with a stellar Italian wine list that features hard-to-find selections. The pasta is housemade daily and is turned into exceptional dishes by Zuber and his kitchen team. Entree plates also include tender lamb, and the namesake grouse, prepared perfectly.

One of the city’s favourite live music hangouts, Amigos is sure to have solid talent on stage, whether it’s a local band or a touring artist. Check the club’s website for acts on its calendar and admission price.

10:30 am: Visit the Saskatoon Farmers’ Market

Following breakfast at the James, head to Riversdale — a community undergoing serious gentrification located about 20 minutes by foot from downtown. Your first undertaking of the day will be to tour of one of Canada’s most bustling and interesting farmers’ markets. The Saskatoon market is not only a vibrant part of the community but it is a place to shop year-round for local specialty items and tasty baked treats. 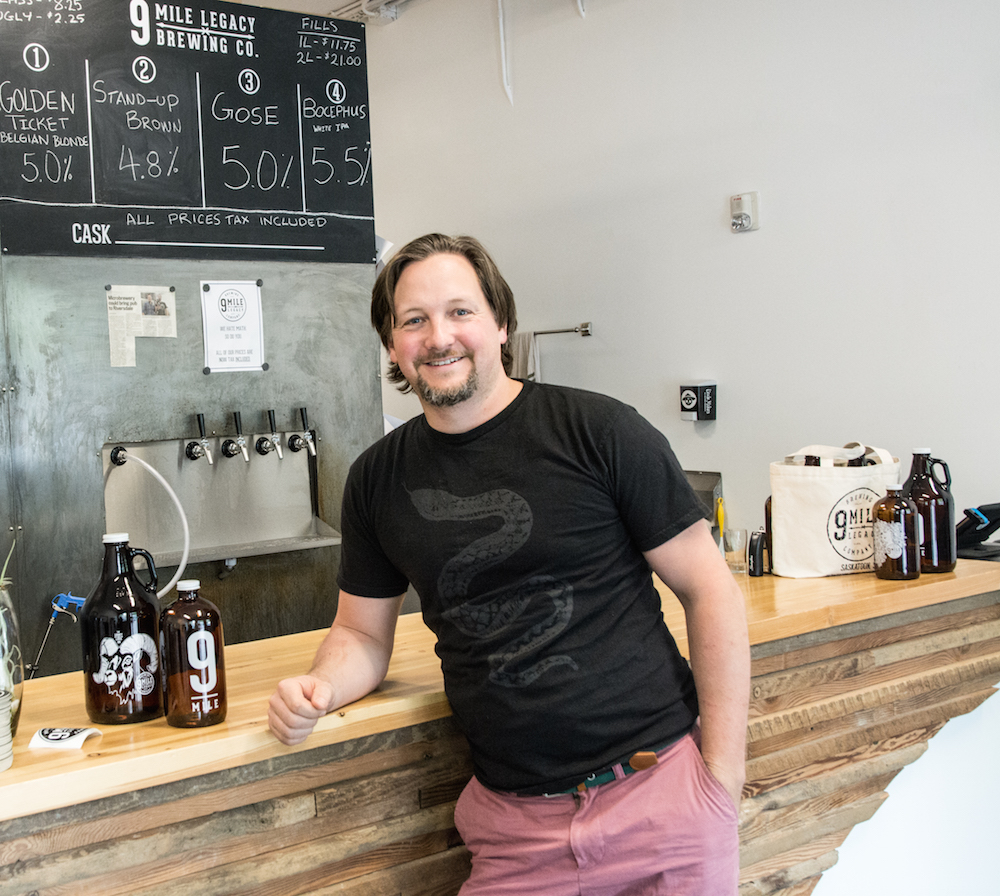 Opened by a pair of friends whose family farms were nine miles apart, this nano-brewery has big plans to turn into an industry leader in town. For now, the location near the farmers’ market gives visitors a chance to try up to four beers on tap, offering a sample of fresh-tasting beer made from Saskatchewan barley and hops from a variety of locations.

Owner Kim Butcher expected to need only four staff for the first five years of her operations. But less than a year in, she now employs 12 workers and is doing such brisk business that many of her sweet concoctions sell out daily, including her popular macarons and lemon tart. I tried the pumpkin pie, made from Butcher’s grandmother’s recipe.

Along 20th Street West, you’ll find a variety of eclectic shops, with Hardpressed (which opened in May) among the finest. It is a design studio and retail clothing store with shirts that are popular with locals. Nicknamed by hipsters as YXE because of its airport code, Saskatoon is celebrated in Hardpressed’s designs. Visitors, too, will like some of the selections because of the quality of owner Steve Thomson’s creations. Following your visit to Hardpressed, you’ll want to stay in Riversdale to explore other shops and galleries along 20th Street West.

Chef/owners Christie Peters and Kyle Michael returned to Saskatoon after establishing culinary careers in Vancouver and elsewhere to bring new tastes to Riversdale. Their latest venture is an Italian-focused restaurant with the goal of bringing to the plate “a grandmother’s idea of Italian cooking but with ingredients here from Saskatchewan,” Peters says. Pasta and entree prices range from $15 to 25.

Back downtown, Flint is a cocktail bar where you will enjoy good drinks and the opportunity to mingle with locals in a small, attractive space not far from the James and the city’s other popular bars.

10 am: Brunch at The Hollows 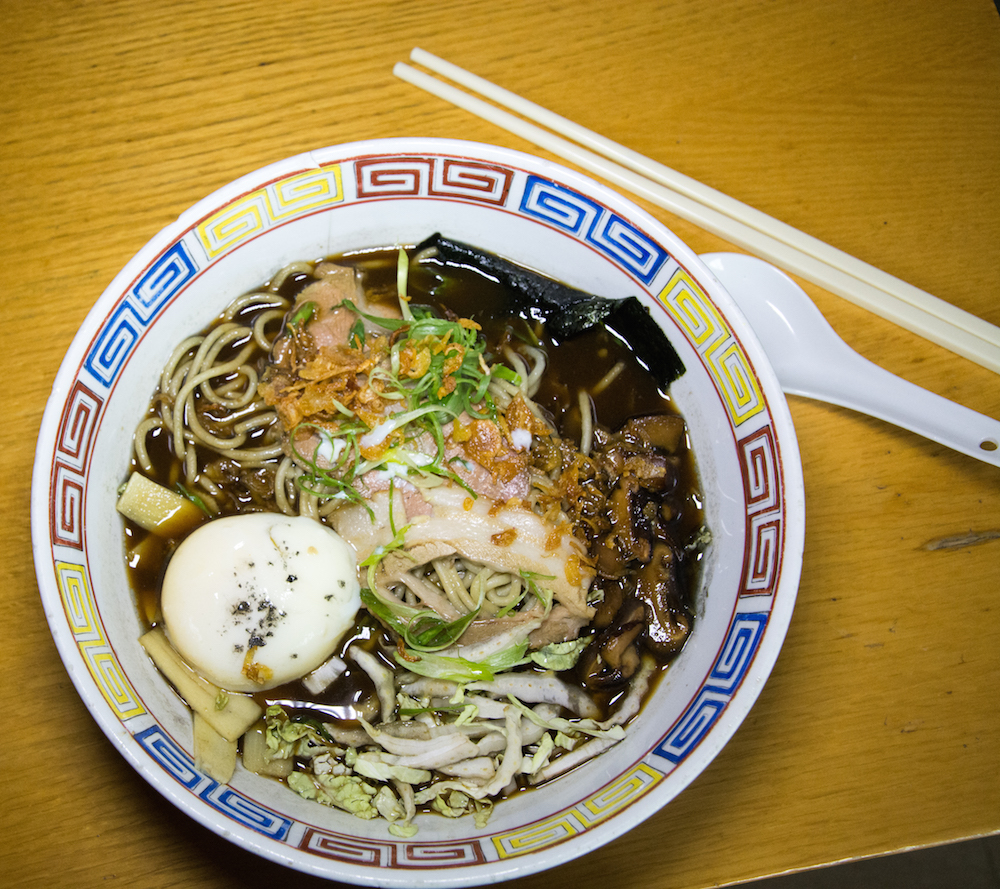 Your last meal in Saskatoon should be among your best. So skip breakfast at the hotel and head back to Riversdale for brunch at this humble, interesting and fabulously delicious restaurant. Operated by Peters and Michael, the Hollows is in a decades-old heritage building that once housed a popular Chinese restaurant. The Chinese Dragon signage still adorns the outside. Inside, though, you’ll find an interesting, 21st-century menu prepared with culinary brilliance. I ordered the Breakfast Ramen ($12) and was stunned by the flavour of the broth, the tenderness of the pork, and the perfection of the noodles.

Before your afternoon flight out of Saskatoon, take a drive to Wanuskewin to tour a First Nations site with artifacts that pre-date the Egyptian pyramids. Wanuskewin, which remains a spiritual and deeply important place for Canada’s aboriginal communities, preserves a rich history and features interpretive presentations that will keep you wanting to learn more. You’ll need about two hours to experience the facility. Entry is $8.50 per adult.