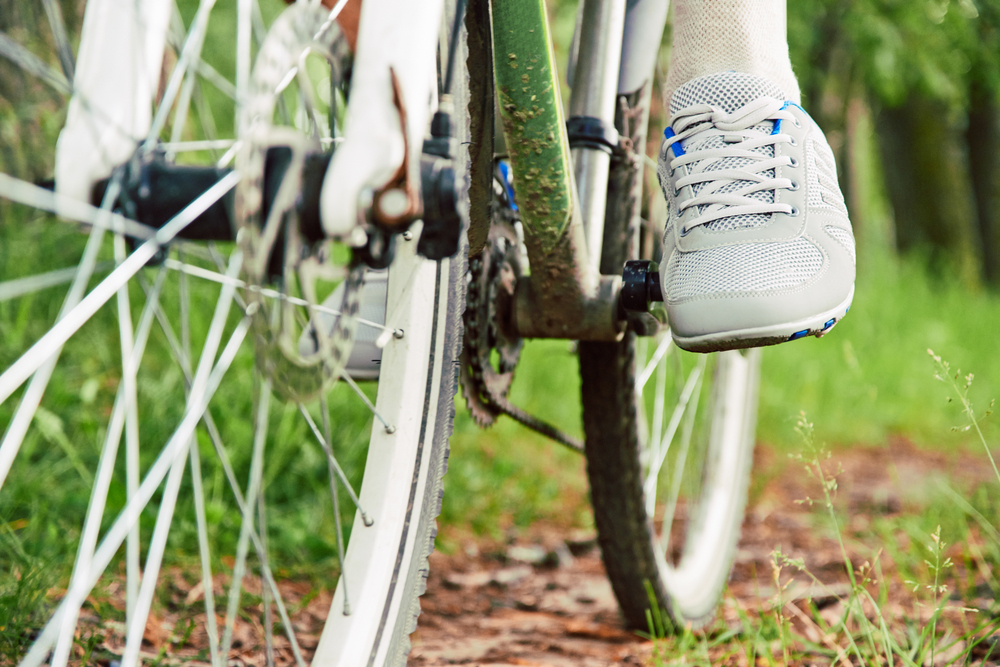 Biking in a Park / Shutterstock

If you’ve been eyeing your bicycle lately thinking you want to get out, but don’t want to ride with vehicles whizzing past, this list is for you. It’s time to fasten your helmet, hop on your bike and peddle around Calgary’s many bike paths.

This is an environmental oasis surrounded by the bustling Calgary streets and doesn’t feel like you’re in the city once you start pedaling on these trails. From hills to plateaus, the difficulty ranges from easy to moderate. It’s an awesome park for both paved and unpaved paths, and who knows, maybe you’ll even see a few deer.

Ride along the Bow River on this easy and paved 6 kilometer trail. Bowness Park had a tough go after the floods, but has partially re-opened with a heavier emphasis on pedestrian-cyclist experience. Enjoy this sanctuary in the city, and maybe even have a BBQ once you’ve finished hitting up the trail. 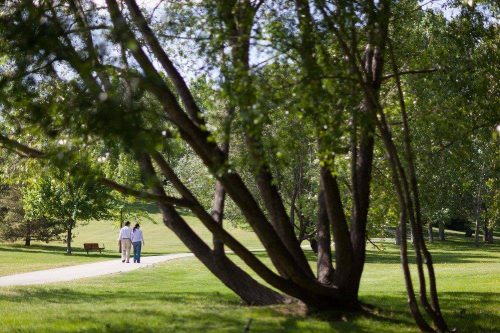 Well manicured and serene, this easy 4 kilometer ride is great if you want to take the kids along for a ride or you just want to glide along with little difficulty. Completely paved, you’ll find your zen with a little bit of nature in the city.

While there are several routes you can take, the park loop is just shy of 10 kilometers and takes you along the Bow River. Easy to Moderate in difficulty, this 165 hectare park is a beautiful mish-mash of prairie and forest. hosts both paved and unpaved trails. Be sure to watch out for muddy or soft spots after rainfall, as there are unpaved trails in addition to a paved path.

Boasting around 190 hectares of natural park, this urban valley plays host to several trails both paved and unpaved. Large expanses of shrubbery, a flowing gulley, and swaths of trees create a picturesque retreat inside the city. You won’t have a difficult time getting around on the paved bike trail. The unpaved trails are moderately difficult with a couple steep climbs and creek crossings.