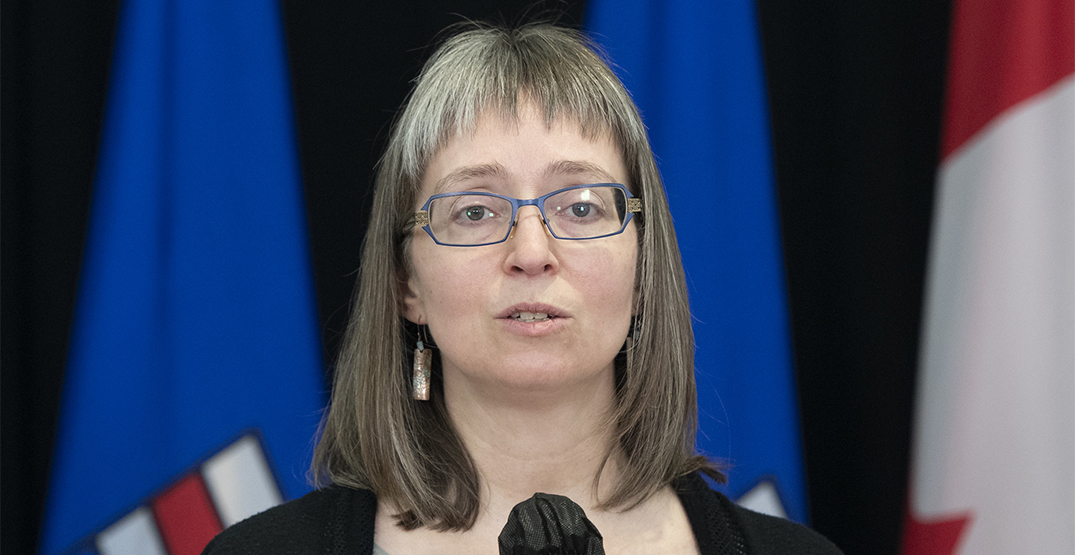 Alberta discovered 268 new COVID-19 cases in the last 24 hours, including several new cases of the UK and South African variants.

Another 13 people died of the virus Tuesday, the youngest of whom was only 27 years old, Chief Medical Officer of Health Dr. Deena Hinshaw said at her news conference.

Reassuringly, the province’s test positivity rate has dropped to 3.5%, the lowest it’s been in months. Right now there are 556 people in hospital including 97 in the ICU.

There have now been 57 cases of either UK or South African variant strains detected in Alberta, including eight cases from five different households that have not been linked to travel.

Four of those non-travel related cases have been tied to an ongoing outbreak in a daycare. Hinshaw did not identify what health zone the daycare was in, saying she wants to notify all families connected to it before publicly announcing its location.

Hinshaw also revealed Monday evening that a child who contracted a variant strain of COVID-19 from their parent who was quarantining after travel attended school in Calgary during their contagious period.

Contact tracers so far have not seen any evidence that the child passed the virus to anyone in school. The child’s teachers and class are in self-isolation.

“I am concerned about the presence of the variant in our communities. but at this time it is not the dominant strain, and we are doing everything we can [to contain the spread],” Hinshaw said.