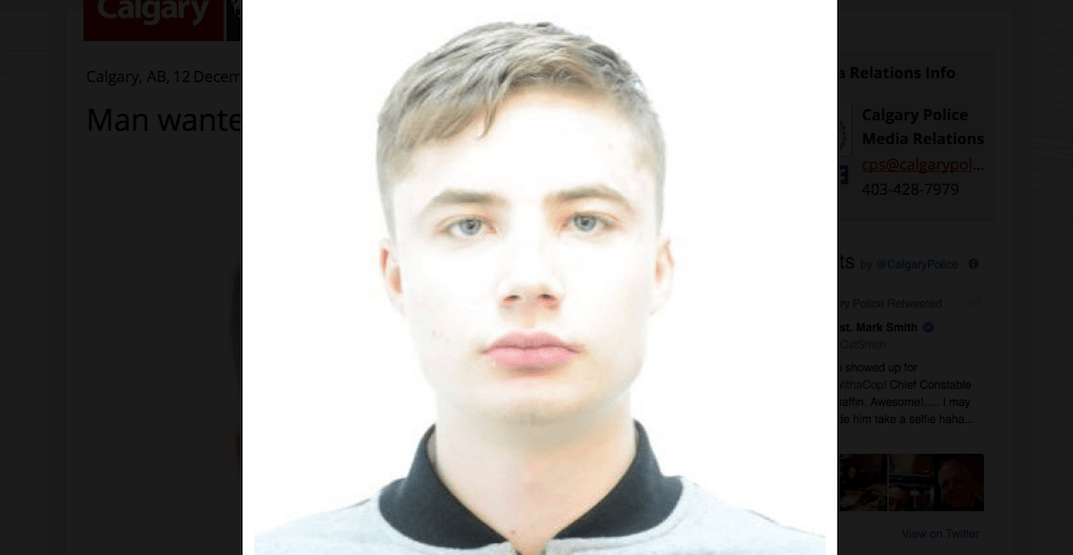 Warrants are out for the arrest of a 22-year-old Calgary man.

Austin McGlynn is being sought by the Calgary Police Service after racking up a total of 19 warrants related to domestic offences, according to a release from police.

McGlynn is wanted on eight counts of failing to comply with a court order, three counts failing to attend court, two counts assault, and one count each of break and enter, assault with a weapon, choking with intent, criminal harassment, theft, and property damage.

He is described as Caucasian, standing 5’10” with a slim build, and with blue eyes and light brown hair.

His whereabouts are currently unknown to the CPS, and police are asking that anyone with information on his location to call them at 403-266-1234, or to do so anonymously through Crime Stoppers by calling 1-800-222-8477, or online through their website.

The Calgary Police Service also encourages anyone who may be experiencing domestic abuse or violence to reach out for support by calling 211, or the Connect Family & Sexual Abuse Network at either 1-877-237-5888 (for sexual abuse) or 403-234-7233 (for domestic abuse).