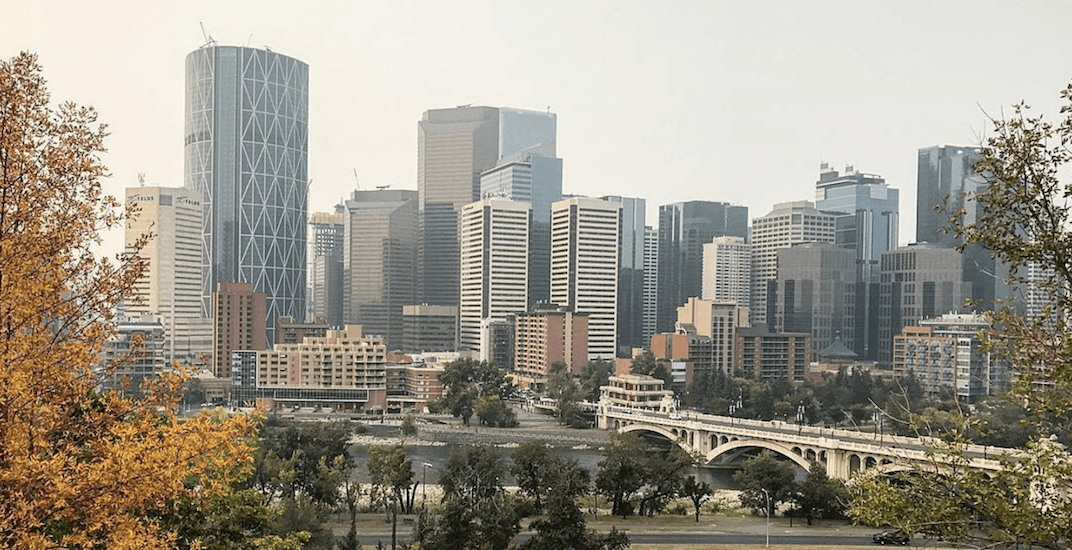 No, you weren’t exaggerating when you thought that this smoke has been the absolute worst — it actually is.

According to the YYC Weather Records Twitter account, 2018 has taken the title as the smokiest year on record.

After an overnight break, smoke has returned to the airport. 8am today was #Calgary‘s 323rd smoky hour so far this year, which puts us in 1st place for most ever. #YYCWx #ABStorm pic.twitter.com/RxE9FI84fT

The moniker was officially passed forward from 2017 on Monday when we saw the 316th hour of smoky skies here in Calgary.

Keep in mind, this isn’t for consecutive hours of smoke — 2018 actually won that title yesterday at 2 pm with 112 hours.

It’s definitely not a record to celebrate, but it’s worth noting that an expected break in the smog could be on its way for Wednesday (fingers crossed) and that would definitely be something to get excited about.