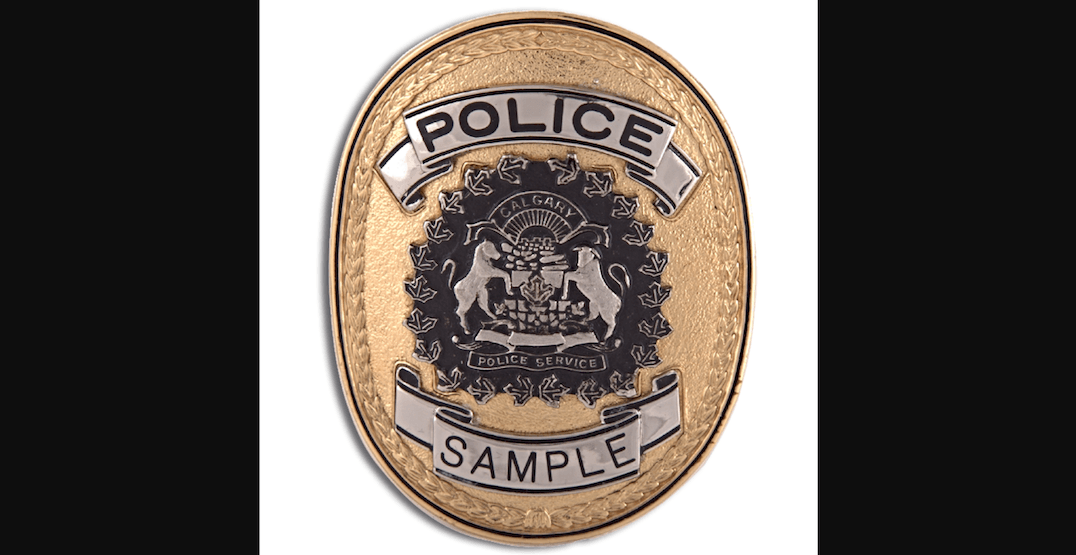 A sample of what a Calgary Police Service badge looks like (entenmann-rovin.com)

An 18-year-old man has been charged after allegedly stealing a Calgary Police Service badge from an officer’s home on Friday, November 23.

A release from CPS states that the officer had been inside the house at the time of the break and enter, which resulted in the theft of several valuable items, a CPS-issued cell phone, and an official badge from his home in the community of Cambrian Heights at around 7 pm.

The man, named in the release as Travis Whitequills of Calgary, also stole keys from within the officer’s home to steal a vehicle from in front of the house and flee the scene.

CPS officers managed to track Whitequills through the CPS-issued phone to another residence, where they found the vehicle with many of the valuables inside, though no suspect.

However, around the same time that officers found the stolen vehicle, another break and enter was reported in the area, which led police to a house on the 900 block of 39th Avenue NW.

Officers managed to track Whitequills from this second break and enter through the help of police dogs and footprints left in the snow, and Whitequills was eventually apprehended on the 100 block of Harlow Avenue NW.

The CPS believes that Whitequills is also responsible for two other break-ins, and he has since been charged with four counts of break and enter, one count motor vehicle theft, six counts breaching a court order, one count possession of stolen property, and five counts of theft under $5,000.

Police have not yet been able to locate the stolen CPS badge, however, prompting a warning to the public to ensure that they ask for photo identification if approached by a non-uniformed police officer.

Non-uniformed officers are required to carry picture ID at all times, which citizens have a legal right to request.

Citizens can also ask for an officer’s name and call 403-266-1234 to ensure that the person they have been approached by is not someone impersonating a CPS officer.

Anyone who may have information on the missing badge is asked to contact that same number, or to report anonymously through Crime Stoppers by calling 1-800-222-8477, or online through their website.