The continuous construction we’ve seen up and down 17th Avenue took a much-needed break over the summer, but now that we’ve hit September those crews will be right back to work.

Much of the construction is due to underground utilities that need to be replaced before a new road can be put in, which is scheduled to largely take place in the month of October.

The sections of the street that are closed off to the public will vary depending on how much of the project the crews have completed, but the City of Calgary has provided a handy infographic to give us at least an idea: 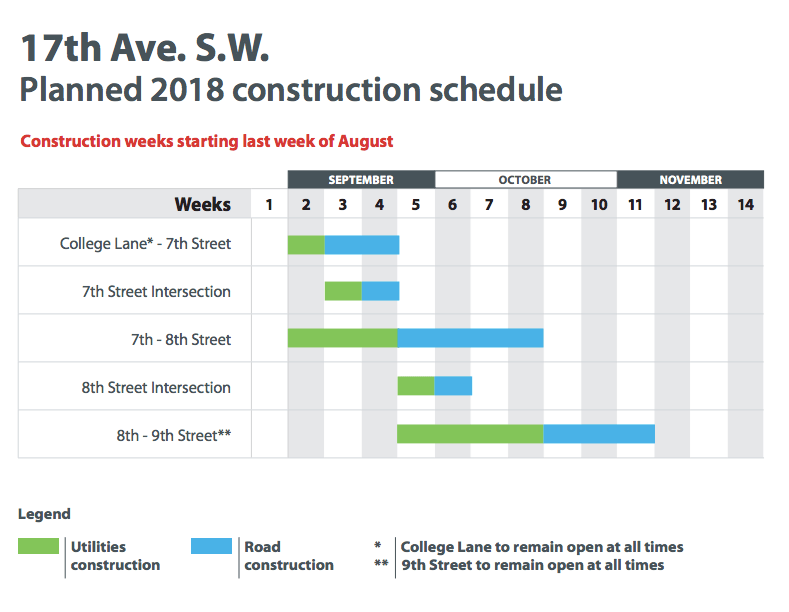 As shown in the graphic, construction has begun for College Lane and 7th Street, will move onwards to 17th Avenue between 7th and 8th Street, and finish up in November with the stretch between 8th Street and 9th Street.

The goal is to finish all the work up until 9th Street before calling it for the winter season, which the city estimates will be around mid-November, depending on the weather.