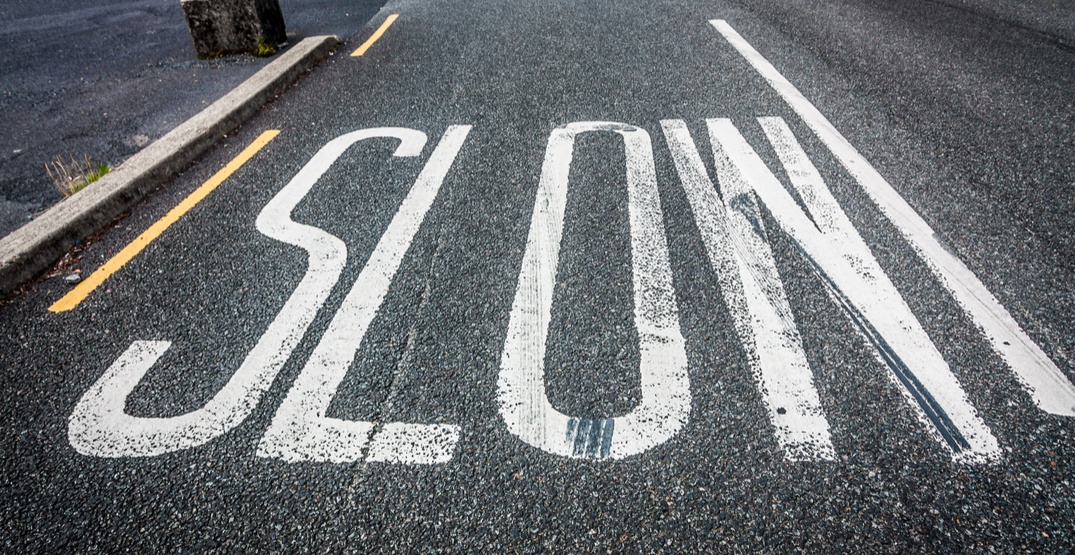 Calgary’s streets could be getting safer for pedestrians at the expense of adding a few extra minutes to that daily commute.

A notice of motion has been submitted to city council that looks to lower the default speed in Calgary neighbourhoods to 30 km/h — the same speed limit currently in place for schools and playground zones.

The motion cites a World Health Organization report which found that there is a 90% chance of survival for a pedestrian struck by a vehicle travelling at 30 km/h — compare that to just a 20% chance of survival at 50 km/h and you can see the main draw of the newly proposed speed limit.

The motion is sponsored by Councillors Farrell, Carra, Davison, Chahal, Woolley, Jones, and Mayor Naheed Nenshi, and will be put before a combined council meeting on September 10.

According to the notice of motion, research has found that the majority of commutes in the city include less than one kilometre driven in residential streets, meaning that the lowered speed limit would add less than one minute to an average trip to work.

The motion calls for an implementation plan by 2019 that would implement a “city-wide 30 km/h unposted speed limit for neighbourhood streets,” with an estimated $2.5 to $5 million in signage costs once implemented.

“Today, we submit a Notice of Motion to set the default speed limit for neighbourhood streets at 30 km/h.”