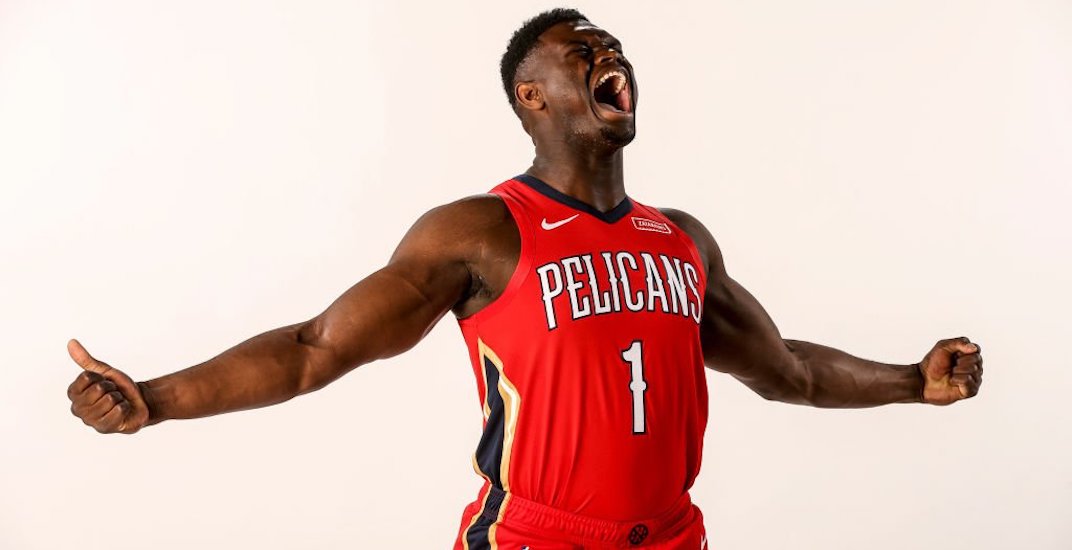 It appears first overall draft pick Zion Williamson won’t be making his NBA debut in Toronto after all. The former Duke standout was scheduled to play his first-ever NBA regular season game with the New Orleans Pelicans at the Toronto Raptors’ home opener next week.

Williamson is expected to miss multiple weeks with a right knee injury according to ESPN’s Adrian Wojnarowski.

A severe injury has been ruled out for Zion Williamson’s right knee, but he is expected to miss period of weeks to start regular season, league sources tell ESPN. Pels are clearly treating injury with an abundance of caution but there’s no shortage of confidence on full recovery.

The Raptors have one more preseason game remaining, tonight in Brooklyn. They’ll begin defence of their NBA championship on Tuesday at Scotiabank Arena.