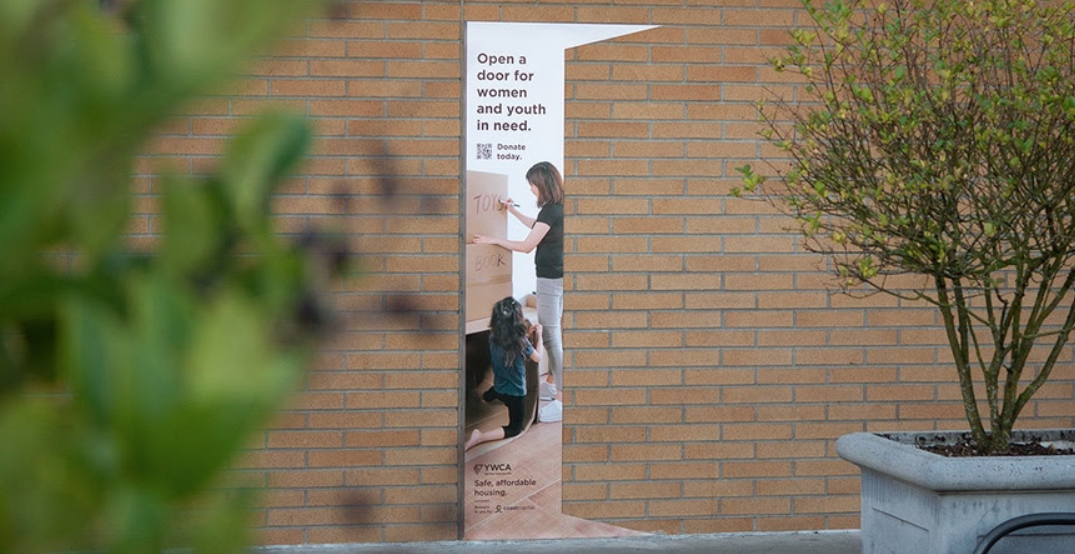 Posters featuring optical illusions have popped up around Vancouver as part of a new YWCA campaign seeking donations to protect YWCA programs and services.

While the need for its services has never been more critical, the YWCA has also suffered financial losses due to the pandemic. As a result, the organization asks for charitable assistance to keep their programs available and running for the women and children who need them most.

The posters create an illusion of an open doorway to a scene featuring a YWCA service.

Each poster has an easy to scan QR code that prompts an on-the-spot donation directly to the organization. 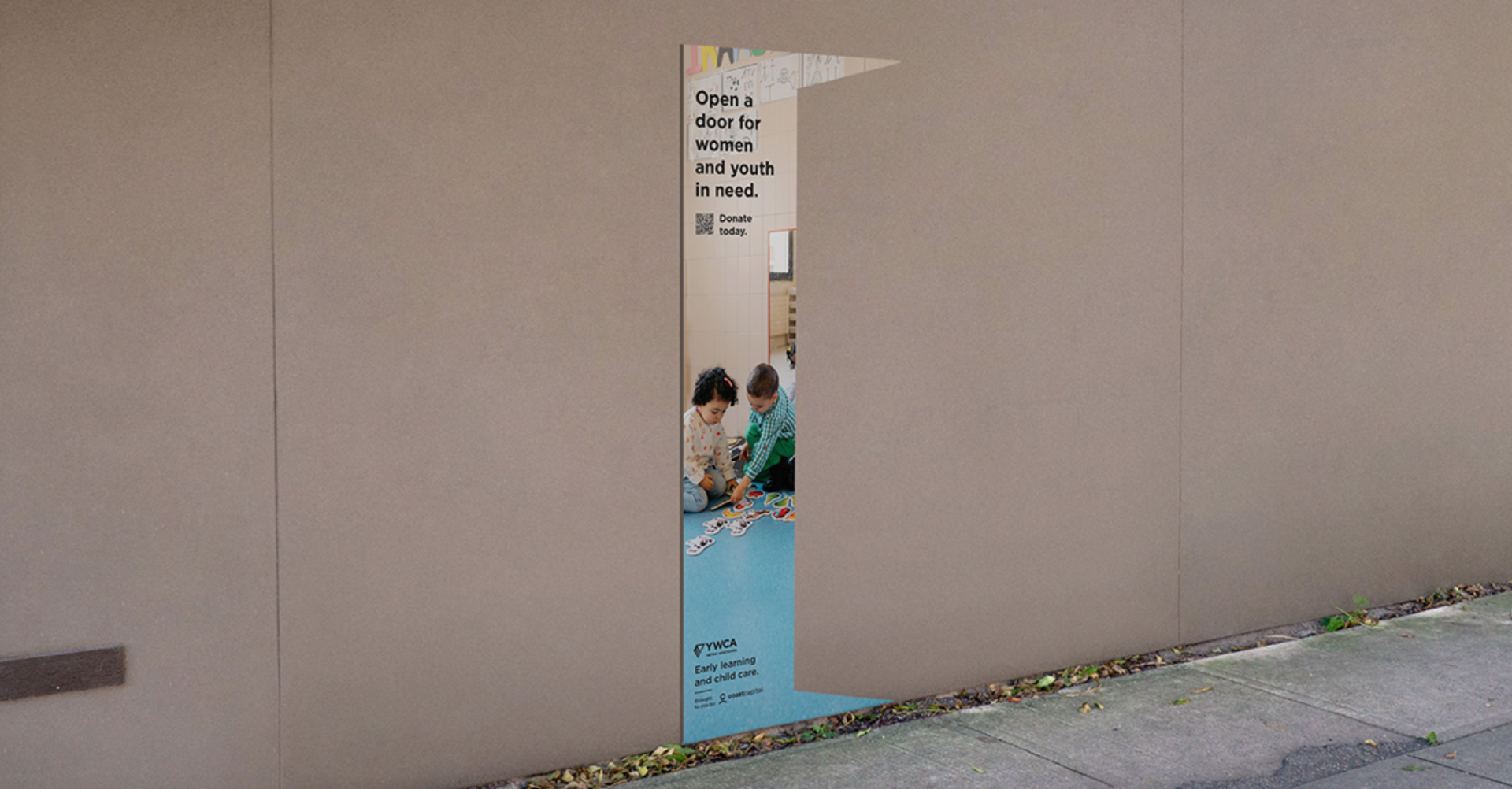 The YWCA is projecting a loss of $641,000 in 2020 after being forced to close its hotel and fitness centre short-term due to the pandemic restrictions.

“Our Hotel and Health + Fitness Centre, which help fund YWCA community programs, have been hit hard by the pandemic. We hope this campaign raises awareness and generates donations to help us continue our work.”

Over this past year, the pandemic disproportionately affected many women and children. Resultantly, the need for services such as safe, affordable housing, violence prevention, and child care has been critical.

A report issued by YWCA Canada found that in March 2020, 63% of job losses were experienced by women. RBC Economics later published a report showing that women’s participation in the labour force has fallen from a historic high to its lowest level since the 1980s. 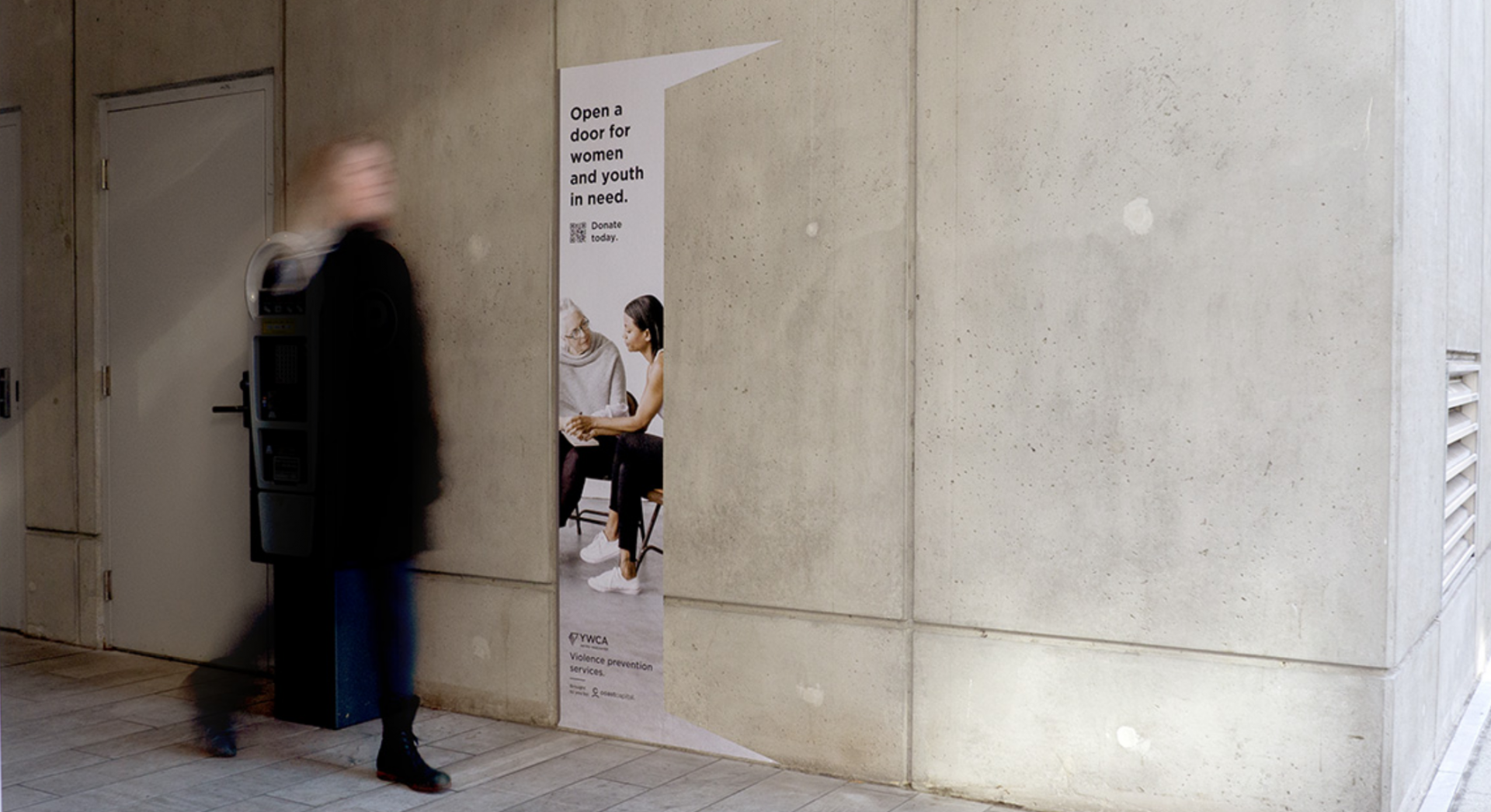 The optical illusion posters can be found all over Vancouver. The campaign has been sponsored by YWCA Metro Vancouver donor partner Coast Capital Savings.

“We continue to be inspired by the work that the YWCA does to support women and youth across Metro Vancouver and were pleased to be able to support with this initiative, that raises awareness of their vital programming,” says Maureen Young, Director, Community Leadership. “The YWCA provides crucial services for women and youth, services that are needed now more than ever.”

If you see one of these posters around the city, and you have the means, consider making a donation to the YWCA, knowing that your contribution will go towards helping women and children in need.