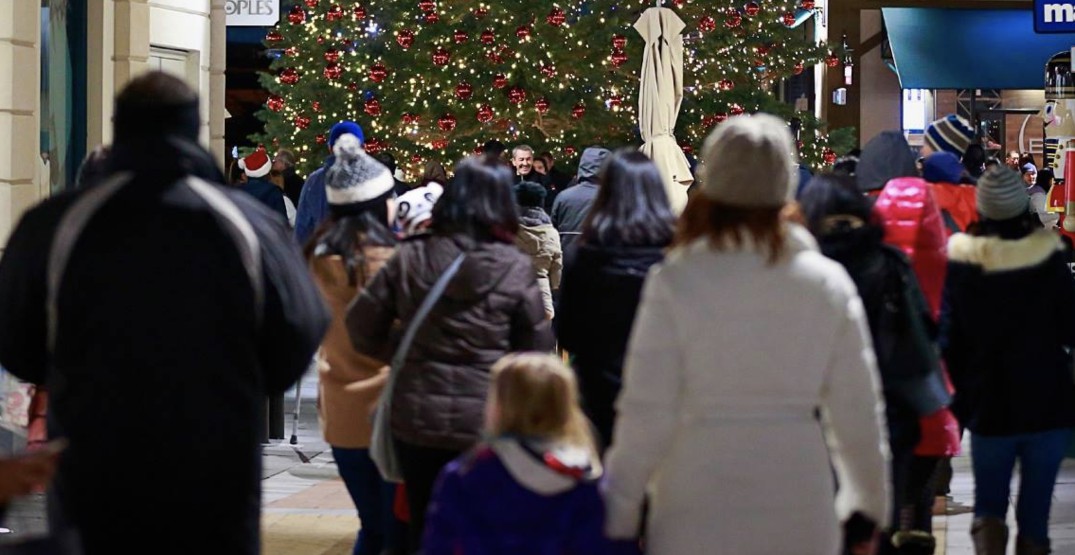 If you’ve got a flight to catch on Friday, beware of increased traffic in the area due to Black Friday sales at Richmond’s McArthurGlen Designer Outlet.

YVR says it will work with traffic management personnel and RCMP traffic enforcement on November 23.

“For those planning to use the Value Long Term lot, adjacent to Templeton Station, be aware that you may face lengthier delays due to the close proximity to the Designer Outlet Centre. Travellers are also advised to monitor traffic reports,” said Weber.

Employees on Sea Island and Black Friday shoppers headed to McArthurGlen are also advised to take the Canada Line and those who need to drive are being advised to leave early as heavy delays near outlet mall are expected throughout the day.

Those taking the Canada Line train to the outlet mall should exit at Templeton Station.

McArthurGlen will be opening two hours early at 8 am on Black Friday and will close at 9 pm.

The parking lot will be open at 6:30 am for the early birds, and lineups are expected to start early at Hour Passion, Coach, Nike and Michael Kors.