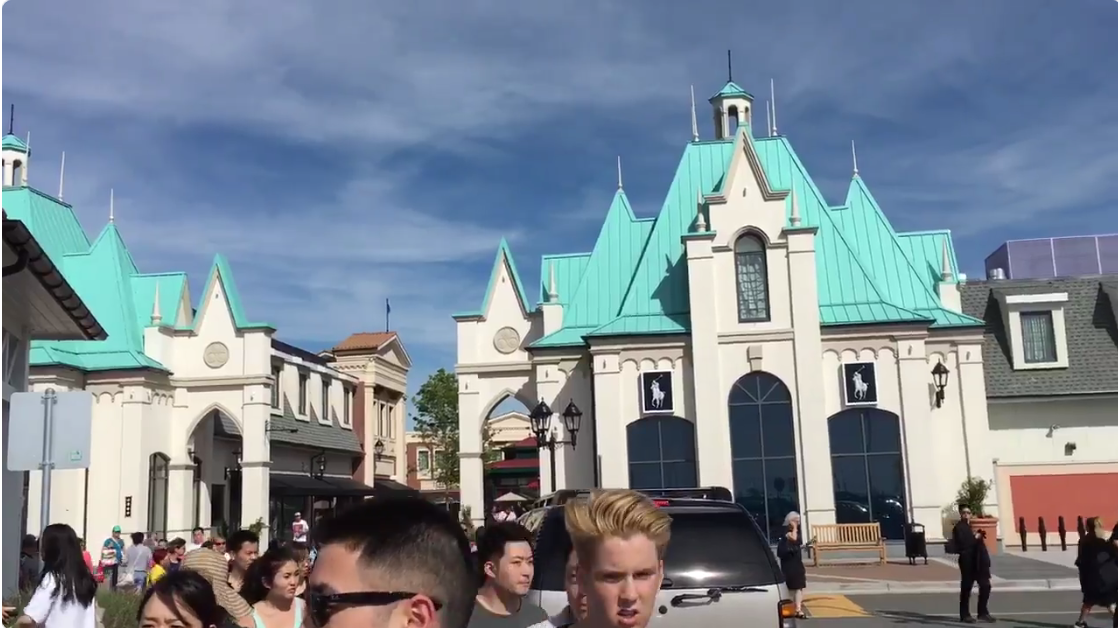 Police have yet to comment on the incident, however at least one witness at the scene described the evacuation as being prompted by a bomb threat.

Kalman Do says he was shopping at the mall around this evening with his girlfriend when a security guard calmly told everyone in the store to leave.

But he says once they got out of the store, the situation deteriorated.

“As me and my girlfriend were close to the parking lot, there was this one security guard he was swinging his arms towards the parking lot saying very frantically ‘don’t ask questions just keep going. Don’t ask questions.’ And then we started running out, and then lots of people started running, you know like driving frantically towards the exit.”

Do says part of the confusion came from the fact that people were unsure what was going on. He says he didn’t see any police or emergency vehicles at the scene.

Do says as far as he could tell, no one was hurt in the evacuation.

Just evacuated from McArthur Glen outlet mall by YVR. Security was rushing everybody out. What's happening?

Following a brief precautionary evacuation earlier today, Richmond RCMP have provided an all clear. We have now closed for the evening as scheduled, and will be resuming normal operation tomorrow at 10am.