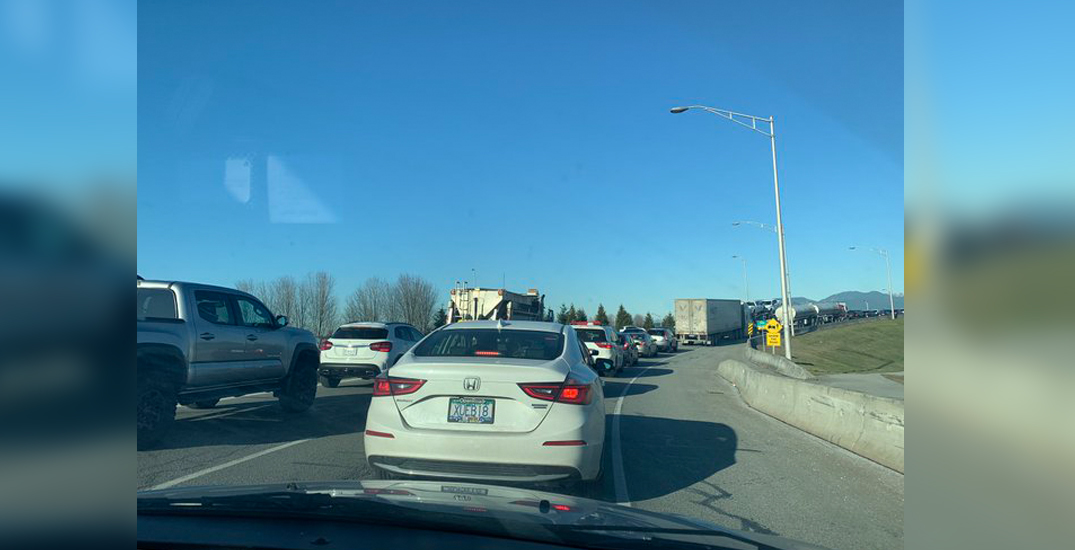 The airport warned travellers earlier this week to leave extra time amid the Black Friday traffic rush, and the crowds have materialized. McArthurGlen Designer Outlet, where sales are in full swing, is located close to the airport and drivers need to use the same bridges to access both.

One traveller tweeted a photo of gridlock on Sea Island Way, adding she spent nearly an hour trying to get to the airport from Richmond.

Many people going to miss flights at this rate. Can we say poor city planning? pic.twitter.com/DVUQRuz4AX

Traffic management officers from the RCMP are on scene to help direct vehicles, according to the airport. But it’s also advising travellers to take the Canada Line if they can.

“For those planning to use the Value Long Term lot, adjacent to Templeton Station, be aware that you may face lengthier delays due to the close proximity to McArthurGlen Designer Outlet,” Zoe Weber, communications specialist with Vancouver Airport Authority, told Daily Hive on Wednesday.

The outlet mall opened two hours early at 8 am on Black Friday, and will remain open until 9 pm.