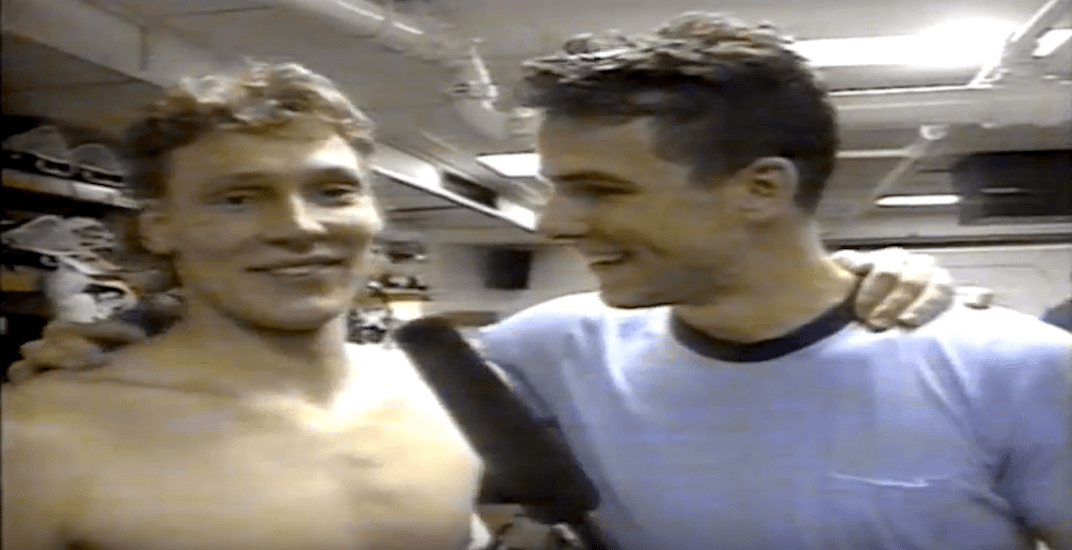 If you’re old enough to remember Sports Page, there’s going to be a void in your Christmas routine again this year.

The nightly local sports highlights show that ran from 1977 to 2005 was so iconic, the BC Sports Hall of Fame debuted an exhibit for it this month.

Part of the allure of ‘the Page’ was its infusion of humour, and that was never more apparent than the show’s Christmas Tradition: Yulin’ with the Page.

So when you’re sitting at home at 11 o’clock this year, check out some mid-1990s clips of Yulin’ with the Page, courtesy of YouTube user bimmer1919:

And not to be outdone, here’s 18 more videos from YouTube user MyTravelClips (he’s got even more uploaded on YouTube):