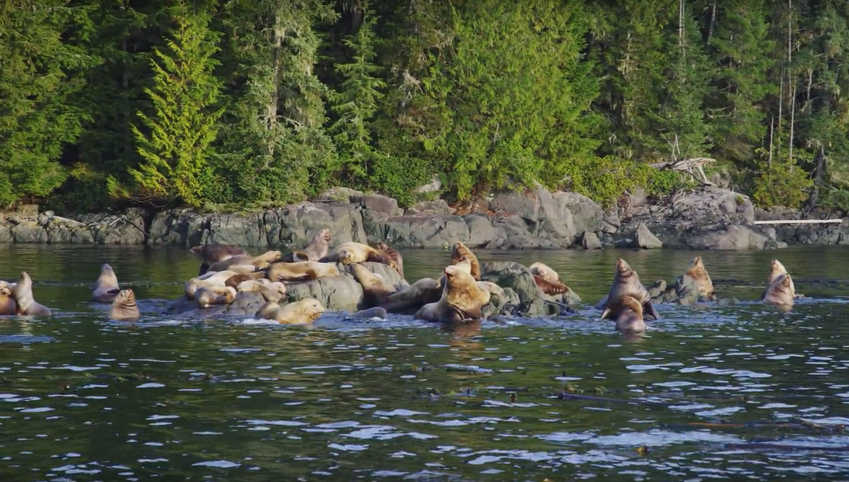 About a year and a half ago, YouTube star devinsupertramp – also known as Devin Graham – took his adventures north to British Columbia’s Great Bear Rainforest.

A video uploaded by Graham in October 2014 highlights the landscapes and thriving wildlife found in the 3.1 million hectares of now-protected pristine temperate forests. He flew into Nimmo Bay Lodge by seaplane and explored the area on foot, boat, and helicopter.

The forest stretches along B.C.’s Central Coast, from the northern tip of Vancouver Island all the way to the southernmost portion of the Alaskan panhandle. The ecosystem found in this area is unmatched, to the extent that the rainforest and ocean are inseparable. For instance, 80 per cent of the nitrogen found in the trees arrives from the remains of spawning salmon dragged into the forest by bears.

The Utah-based videographer, 32, is best known for capturing videos of the great outdoors immersed with action and extreme sports. To date, the video of the Great Bear Rainforest has amassed nearly one million views. He has amassed over 3.8 million subscribers and nearly 77 million video views since 2010.

In the video caption, Graham notes that the trip was made possible by Destination British Columbia and the Canadian Tourism Commission. To date, the video of the Great Bear Rainforest has amassed nearly one million views:

But this wasn’t Graham’s first video of the province. In 2010, he visited Barkley Sound on Vancouver Island:

Other videos of the Great Bear Rainforest: