Last week we posted an opinion piece from Vancouverite Grace Pacifica Chen in which she explained why she’s joining a growing exodus of Millennials who are moving away from the city due to Metro Vancouver’s soaring property prices.

The piece generated plenty of debate among our readers, but it seems that Chen isn’t alone – in fact a poll from Angus Reid suggests that a “generation” of more than 150,000 families are considering leaving Metro Vancouver because they are being priced out of the region’s red hot real estate market.

Schachi Kurl with the Angus Reid Institute told Vancity Buzz that the people who are prepared to leave are among the youngest and most educated in the city.

“They are people with the most working years ahead of them, they are at the beginning part of their productivity curve – are these really the folks we want leaving the region? I think that’s the question to ask,” she said.

“Do you want to end up with a region full of relatively wealthy, retired people? Nothing against them, but are they the people who are actually going to keep the region going from a business perspective, from a productivity perspective?”

In the poll, those surveyed tended to fall into one of four categories: happy, comfortable, uncomfortable, and miserable. The “happy” group is largely comprised of retired baby boomers who don’t have mortgages and are empty nesters. Over half of them bought their homes before 1990. 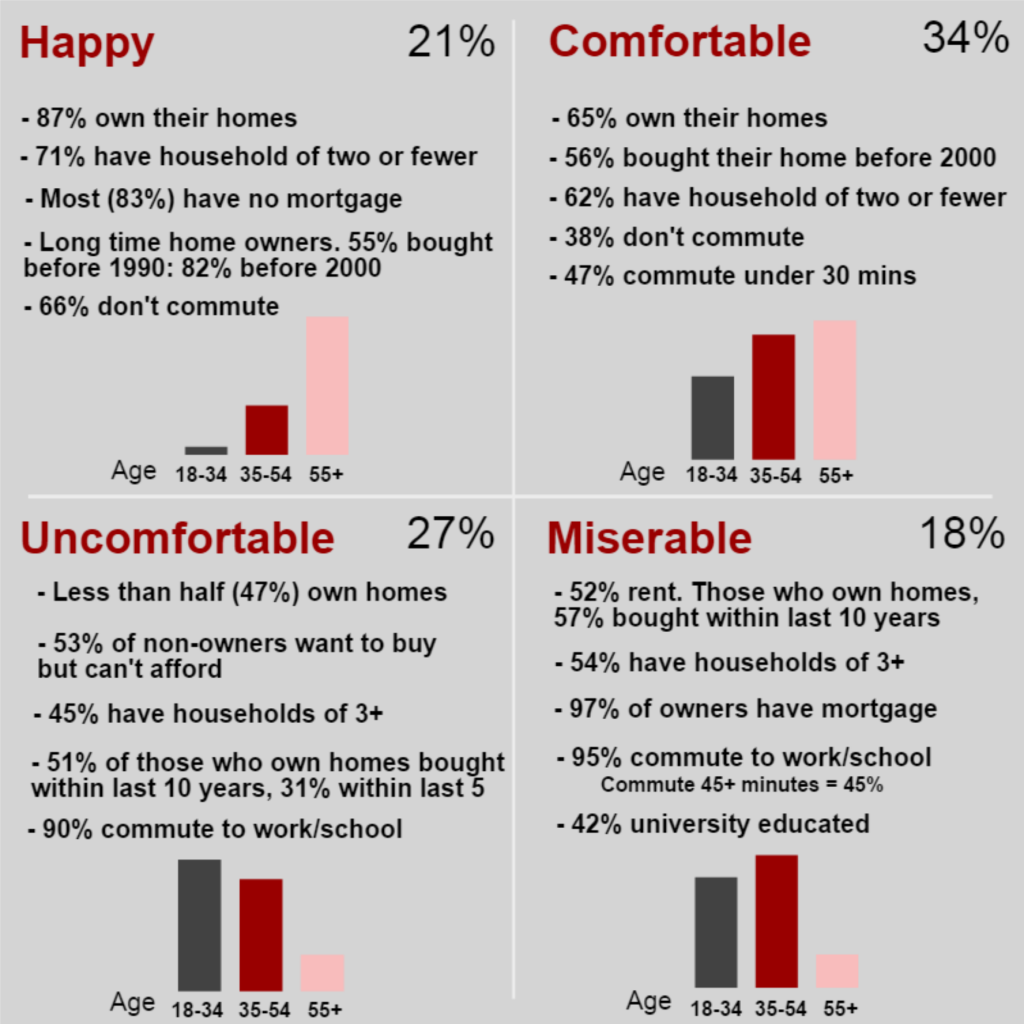 The “miserable” people are largely renters with households of three or more and tend to fall into the 18-34 and 35-54 age brackets.

Around 85% of the miserable group want to move away because of the high cost of owning a home. According to Angus Reid, this segment represents one in five Vancouverites, which means the city could stand to lose up to 150,000 young families.

Even the most comfortable group say current housing prices are bad for Vancouver.

“The people who are feeling the most comfortable and settled and the least amount of pain in this region are those who tend to be living in the suburbs, who are older, who have had their houses paid off,” said Kurl. “Great for them, but the question is, what’s happening with their kids and with their grandkids, and can they continue to live in this region?” 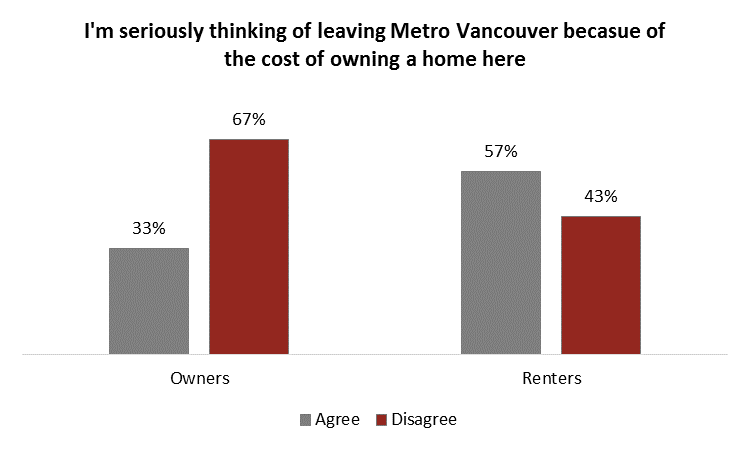 One thing everyone could agree on however was that the city’s housing market was bad news for Vancouverites with 87% of those polled admitting that they are worried the next generation will be priced out of buying a home in Vancouver.