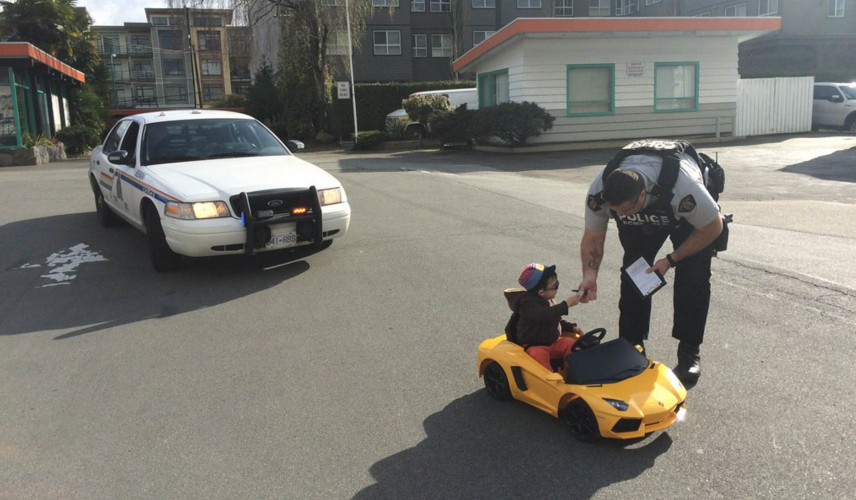 A photo of a young ‘driver’ being ‘ticketed’ for ‘excessive speed’ is making its rounds on social media.

Earlier this week, the Burnaby RCMP shared a photo on Twitter of a police officer pulling over a youngling behind the wheel of a yellow Lamborghini and ‘issuing a ticket’. In the process, he was informed the right to council and fine options. It remains unclear whether his driver’s license is valid.

The photo caption in the tweet read: “I’m sorry Sir but you were just going too fast for conditions.”

Obviously, this was a lighthearted move by the Burnaby RCMP and it had nothing to do with the pranks that were unleashed on April Fools’ Day. Simply put, it was just adorable.