From the Aquarium fiasco to Canucks make-overs and city shootings, there was no shortage of news in 2014. The Vancity Buzz Staff hunted down the top local news stories of the year, in chronological order. 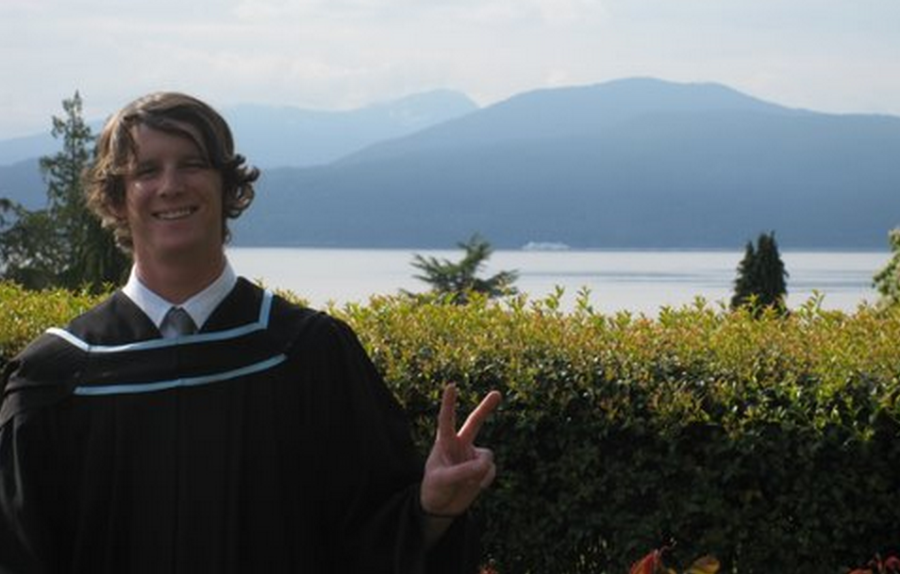 On December 31, 2013, shortly after 9:00 p.m., human remains were found in the water at a marina in False Creek. After the discovery of the body, Vancouver Police and the BC Coroners Service began working together to determine the person’s identity and the cause of death.

After forensic examination, the individual was identified as Matthew Huszar, a University of British Columbia geology graduate with no known health, social or financial issues.

Matthew was 25 years old when he was last seen leaving an office Christmas party near Water and Abbott Street shortly before midnight on December 16, 2011. 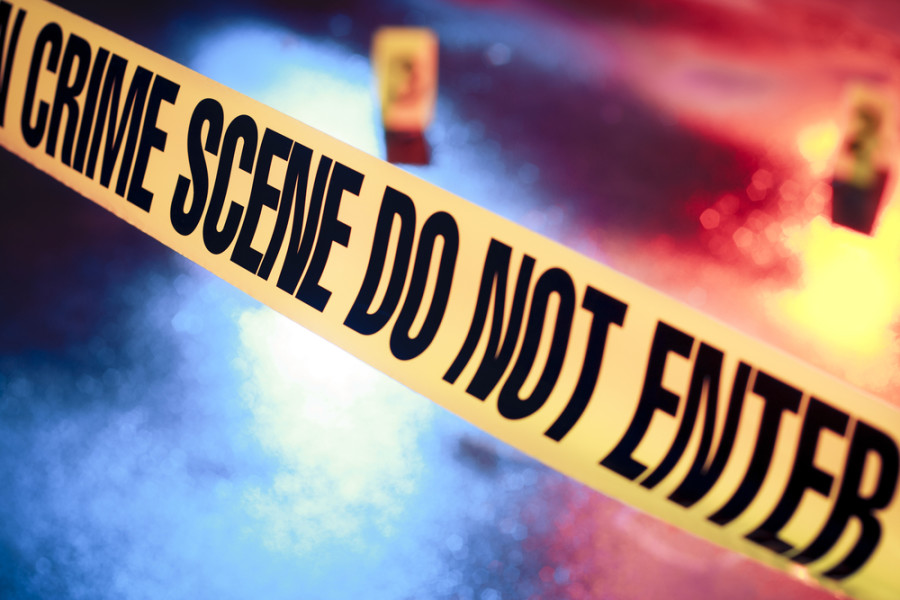 On September 7, 2013, at approximately 10:30 a.m., Surrey RCMP responded to a call from a business owner who reported that someone had just thrown acid on his wife, at their place of business in the 13400 block of 71A Avenue in Surrey.

After exhausting all possible avenues of investigation, officers from Surrey RCMP’s Major Crime Section released video footage of the incident in order to help identify the suspect. 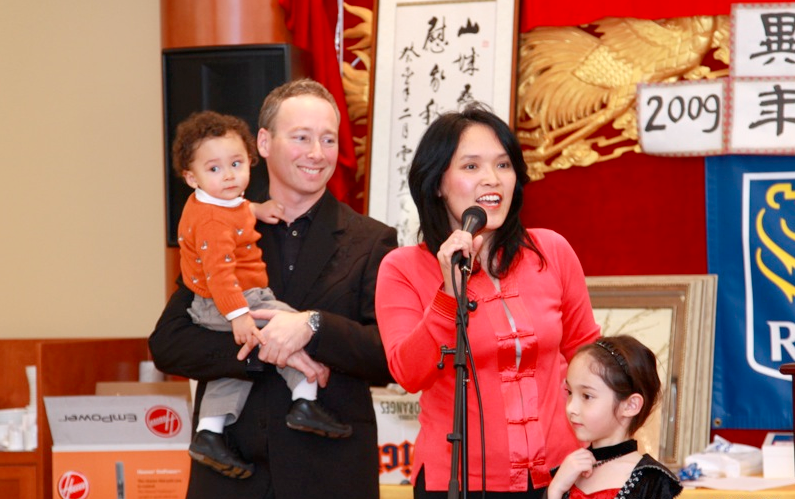 British Columbia NDP MLA Jenny Kwan was in the hot seat after it was publicly revealed that her family went on a $2,695 family trip to Disneyland paid by the Portland Hotel Society – the non-profit organization that operates the InSite supervised safe injection facility.

In a released statement, she claimed she had no prior knowledge that the trip would be charged to the Society, instead placing the blame on her former husband.

Kwan wrote a personal cheque amounting to more than $34,000 to repay the Society. She then took an unpaid leave of absence to spend time with her family. 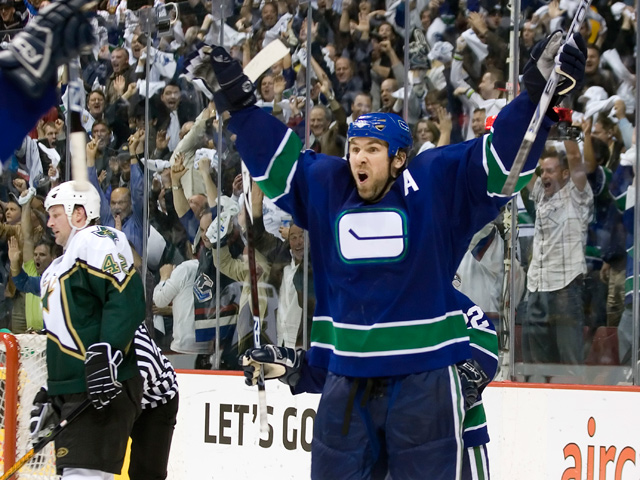 After a disappointing season, the Vancouver Canucks decided to shake things up in upper management by naming former player Trevor Linden as Canucks President, Hockey Operations and Alternate Governor.

Linden replaced Mike Gillis who previously held the job of both General Manager and President. He was the franchise leader in games played and playoff points, his jersey is one of only four to hang from the rafters at Rogers Arena, and he is the most popular player in franchise history.

Six dogs die in care of dog-walker
MAY 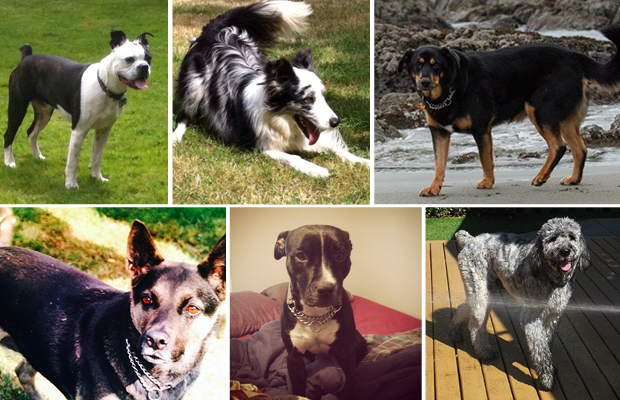 A story of six dogs reported stolen from the back of a dog-walker’s truck turned even uglier when the story was revealed to be a lie. The dogs had allegedly all died of heatstroke and were discarded in an unknown area by the woman entrusted to care for them.

The original report that six dogs were reported missing from a popular off-leash park in Langley caused a week long search, public outcry, a rally and a financial reward. In what can only be described as an absolutely heartbreaking tale, dog walker Emma Paulsen admitted to Petsearchers Canada spokesperson Al MacLellan, that her initial story was a cover up.

Paulson has been charged with two counts of animal cruelty and public mischief. If found guilty, she could receive a sentence of up to two years in prison and a fine of as much as $75,000. The sentencing hearing is currently scheduled for January 21, 2015. 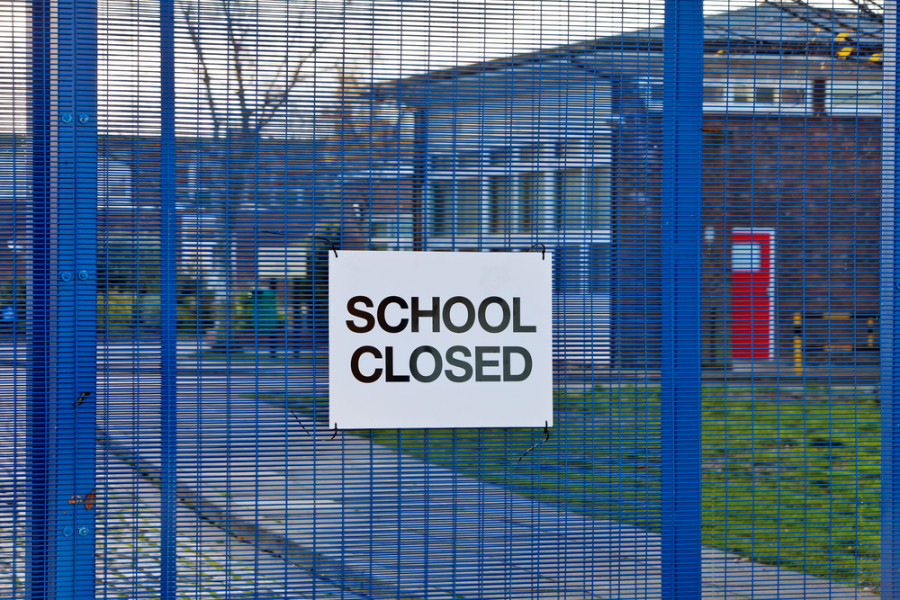 In June, the BCTF  asked provincial taxpayers to fund a wage hike of 9.75 per cent over a period of four years, down from a previous request of 10.75 per cent, with less benefits than first proposed, but the provincial government rejected the numbers, saying it was far from a compromise given that the compounded pay increase over four years still amounts to an 14.7 per cent – a marginal reduction from the original proposal of 15.9 per cent.

In the agreement, the provincial government offered several hundred new teaching positions annually through a new education fund, a mutual process to address any future court decision, the removal of article E80 on class size and composition, a grievance fund for one-time payment to members, improvements in elementary preparation time, a salary increase of 7.25 per cent over six years, and extended health and dental benefits. 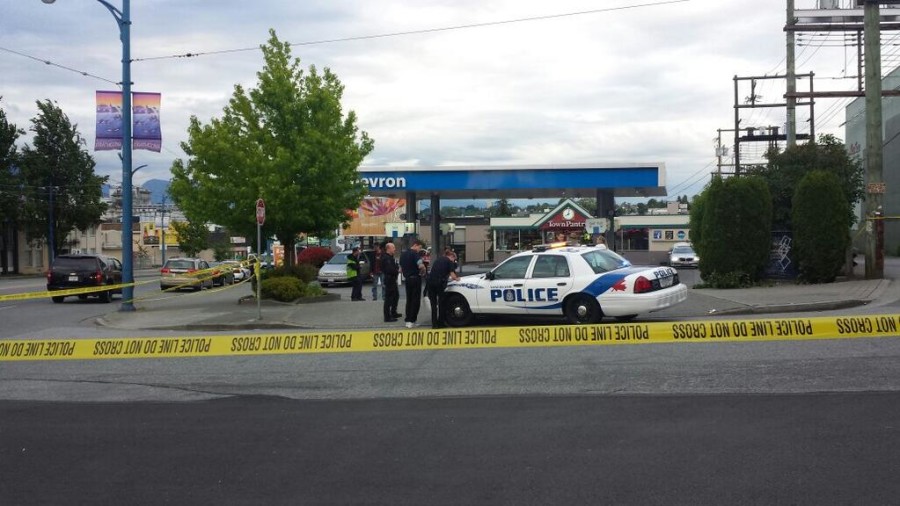 A woman, later revealed as a Real Housewives of Vancouver star’s daughter, was shot multiple times in the back at a Chevron gas station on East Hastings Street and Vernon Drive, near Clark Street.

Mia Deakin, daughter of Real Housewife of Vancouver’s Jody Claman, was taken to a hospital and recovered. 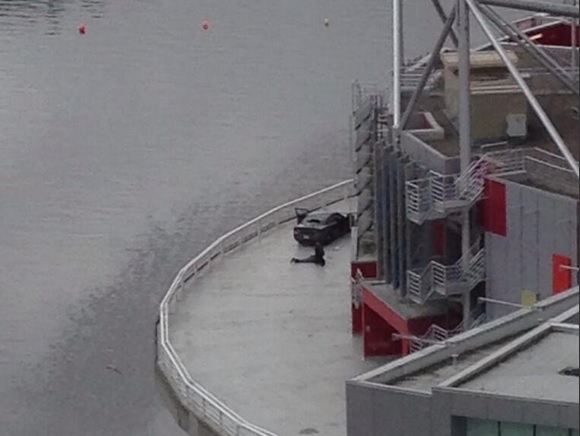 After a Yaletown attack at the Starbucks near Urban Fare, one man was severely injured and rushed to hospital, but the violence didn’t end there. According to witnesses, police that happened to be nearby responded by exchanging gun fire with the 52-year-old male suspect. He then fled the first scene by riding a bicycle on the seawall while being chased by police who were also on bicycles.

Approximately two dozen police vehicles, dozens of officers and a police helicopter responded to the scene. 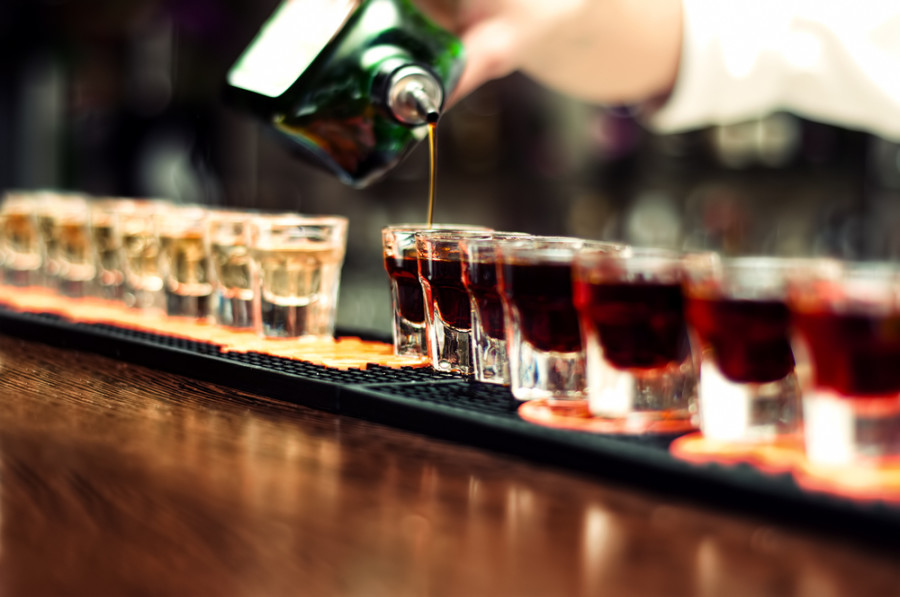 Before June, B.C. was the only province in Canada that did not allow happy hour to take place in bars and restaurants. The new liquor law came into affect on June 20 and finally allowed bars to offer happy hour specials.

Under the new law, minimum drink prices for happy hours are $3 per drink. “Two for one” drink specials are still prohibited, as they are considered a strategy likely to promote intoxication. Restaurants must continue to offer a full menu, but if patrons simply want to order drinks, they are not obligated to order food as well. Patrons may take  drink purchased in one establishment to an adjoining establishment if both are owned by the same licensee. 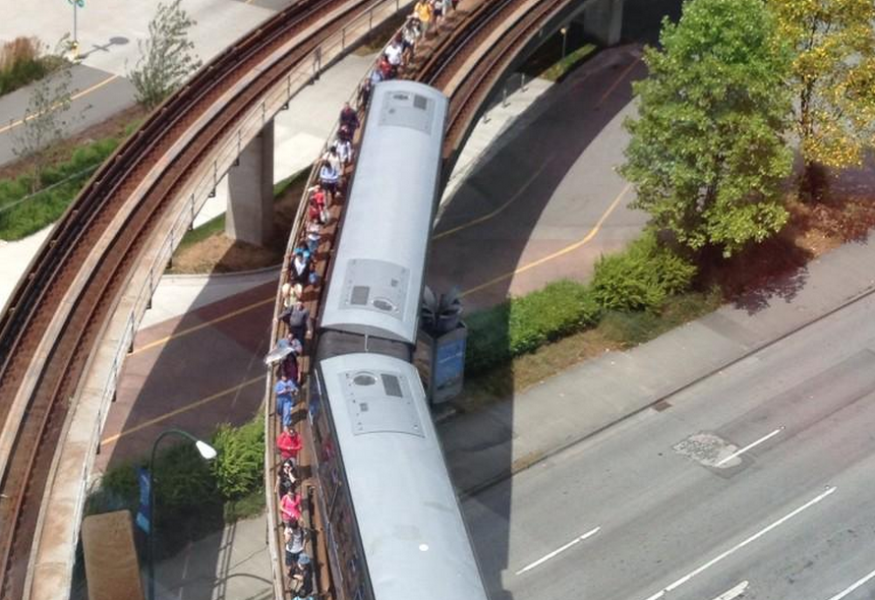 July was not a good month for Skytrain riders as multiple days of delays caused mass frustration and long commutes.

On July 21, a major shutdown of SkyTrain’s Expo and Millennium Lines occurred, making it the second systemwide service disruption in less than one week. The glitch also disabled the public announcement systems inside trains and at station platforms, causing further confusion and frustration for afternoon and evening peak hour commuters.

To ban or not to ban? Aquarium faces cetacean controversy
JULY – NOVEMBER 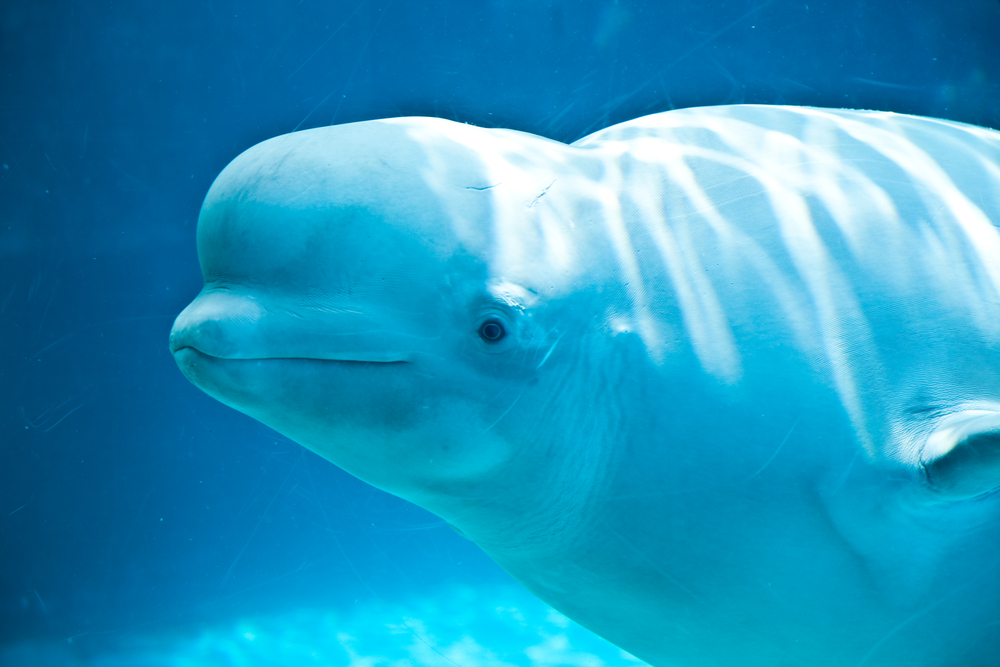 The Aquarium followed up on the Park Board’s decisions in August by announcing that it had filed a lawsuit in B.C. Supreme Court to challenge the Park Board’s new conditions under which whales and dolphins can be kept at a Vancouver park. The non-profit organization fought the bylaw on the grounds that it served “no legitimate municipal purpose and are beyond the jurisdiction of the Park Board.”

In November, a newly elected NPA majority Park Board reversed the highly controversial decision implemented by its predecessors and allowed cetacean breeding at the Vancouver Aquarium. 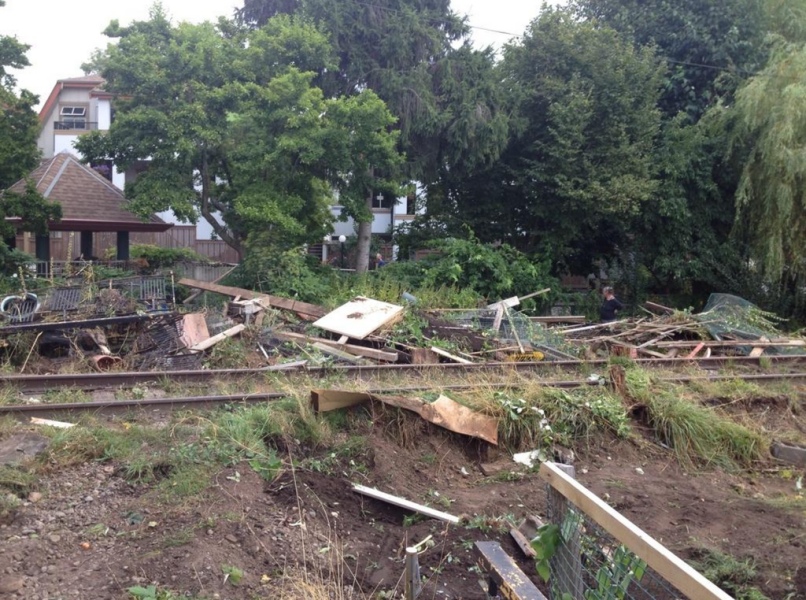 In August, The Canadian Pacific Railway began the process of demolishing community gardens and structures that occupy its private lands. Earlier in the summer, gardeners were asked to remove their structures, plants and crops no later than July 31. CP Rail said this was needed so that its engineers can perform maintenance and surveying work to allow for the possibility of reactivating the railway.

The CPR had been trying to sell the Arbutus Corridor for its full development potential since the early 2000s, but the City of Vancouver successfully fought back against any development potential in the Supreme Court of Canada. The company has owned the strip of land for nearly 130 years.

Following months of strife, CP Rail reached an interim agreement with the City of Vancouver in November to halt its work with demolishing community gardens and structures that occupy its Arbutus Corridor private property. 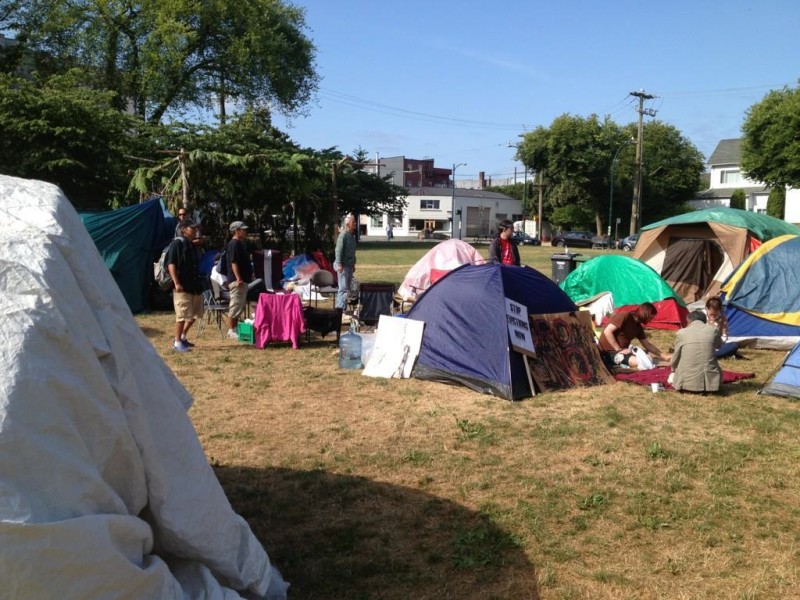 The Oppenheimer Park camp began in July and originally consisted of about a dozen activists protesting the City’s perceived lack of progress over addressing homelessness. The camp grew exponentially to about 200 people after city officials issued an eviction notice.

A few months later, the City of Vancouver’s Park Board applied for an injunction in BC Supreme Court to initiate the process of dismantling the activist and homeless camp at the Downtown Eastside’s Oppenheimer Park. Officials with the municipal government said heath and safety conditions had deteriorated to a critical point, forcing the City to take action to ensure the safety and well-being of those in the park. 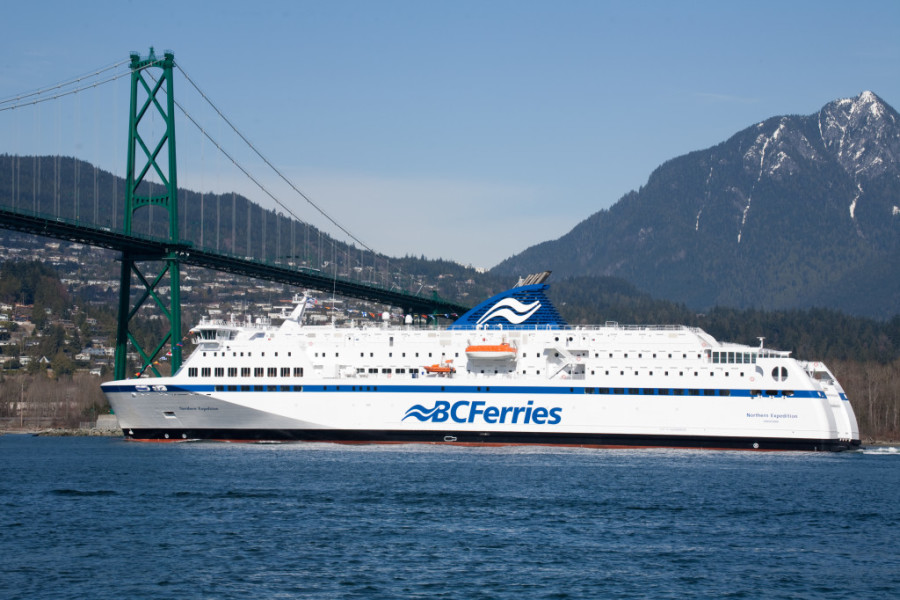 The post targets the ferry corporation’s vessel amenities and marketing strategies, even though it’s an essential service between the Island and the mainland.It has since received over 10,000 likes and over 7000 shares. 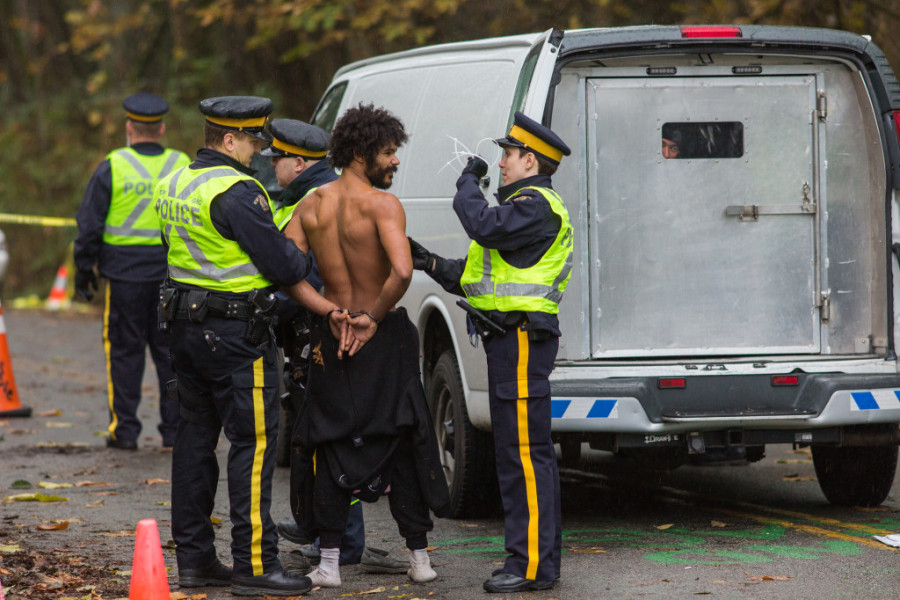 Activists camped out for two months, trying to block survey work from taking place for the proposed pipeline through a conservation area. If the pipeline were to be built, it would run from Edmonton to Burnaby. Kinder Morgan, the largest pipeline company in the US, plans to twin the existing pipeline, which would result in 890,000 barrels of crude oil transported every day.

In November, the B.C. Supreme Court granted Kinder Morgan an injunction to remove protesters from Burnaby Mountain, however, an estimated 300 people remained at Kinder Morgan’s pipeline survey site after the eviction deadline. More than 14 people were arrested for civil contempt.

The protests and survey work ended when B.C. Supreme Court failed to provide the energy giant with an injunction extension to prevent protesters from entering the drilling site. The court also threw out all civil contempt charges against those arrested due to incorrect GPS coordinates in the injunction for where protesters are not allowed to enter.