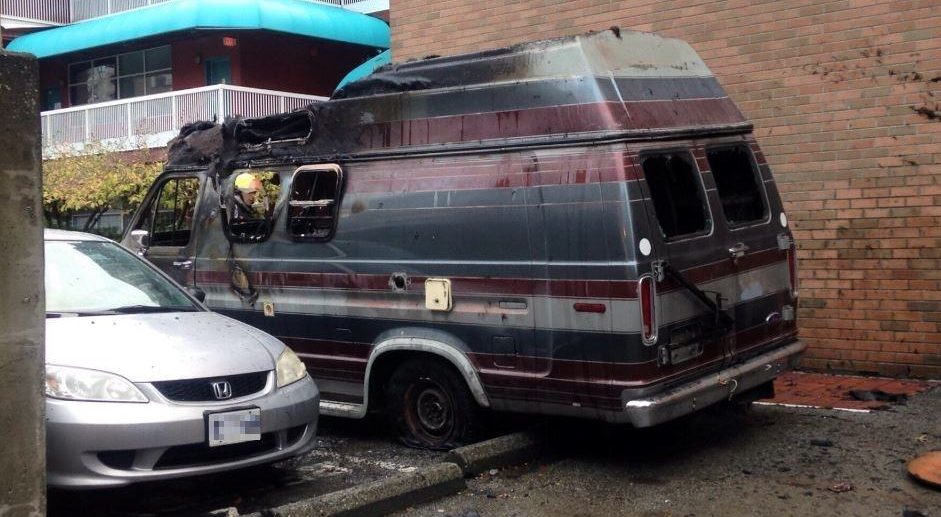 Fire crews in Vancouver have managed to put out the last of a morning camper van fire in the area of Mainland and Davie Street in Yaletown.

“Our fire investigator is on scene, and collecting evidence at this time, and we should have a cause at some point today.”

Officials note that the area will likely be tied up for the next bit as investigators comb through the scene to determine the cause.

The Ford Econoline was completely destroyed, the fire ripping through the roof of the van.

Smokey skies and burning smell wafting over downtown Vancouver right now b/c of a fire in the Yaletown area.

Even though smoked has wafted over downtown Vancouver the burning smell is still prevalent.