La Pentola has opened up at the old location of 100 Days and 100 Nights at the Opus Hotel in Yaletown. Having delighted diners at La Quercia in Kitsilano, downtown Vancouverites can now experience their “nose to tail” dining concept as well.

The feel of the space has completely changed and it is now a much classier space, signaled by the cloth napkins, fancy chairs and wineglasses. It was far more casual before, invoking images of an organized chaos. 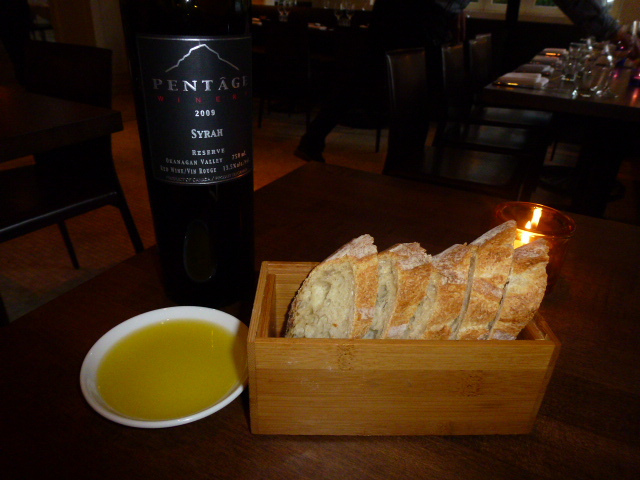 Fresh crusty breads arrive at the table once you’re seated, and they’re warmed and accompanied by a generous serving of olive oil. 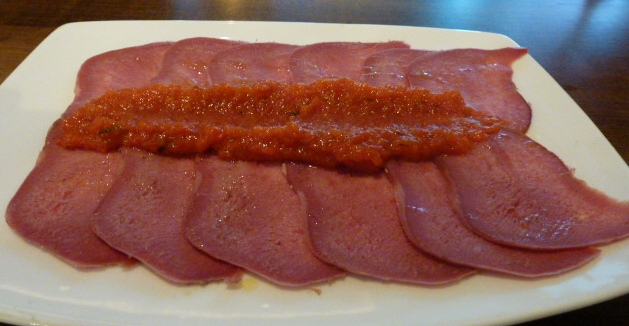 As an appetizer, we started of with the Veal Tongue and, as a fan of Ox Tongue, I knew I wanted to try it. Lining the plate were a dozen thin slices of veal tongue, slightly smoked and topped with a red salsa. This dish was very delicate and the texture was super tender, likely due to the cut of meat as well as the thinness of the slices. The salsa was a bit overpowering and I didn’t have much use for it after the first few bites. 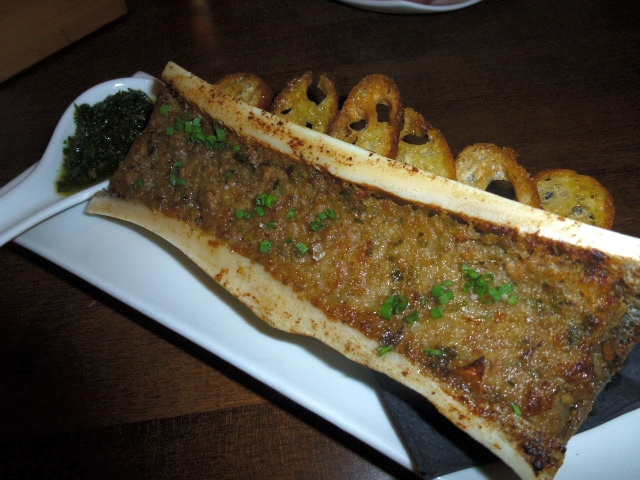 Bone Marrow is another one of my favourites, but the way they do it here is slightly different. Instead of just roasting the marrow, they mixed it with some seasonings, onions and herbs and then returned it back into the bone, where it was then roasted and broiled. This created more flavour in the marrow and even made it seem leaner. The green salsa accompanying the dish didn’t do anything to enhance the marrow, so it too fell to the wayside, like the one from the first dish. The crispy crostini was a nice textural contrast to the smooth marrow but I wish they didn’t oil the crostini as heavily as they did, because it made for a much greasier dish. 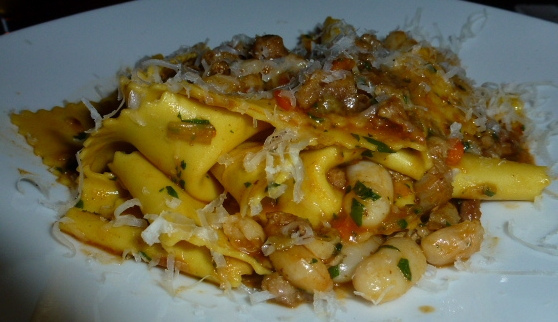 All pastas are made in-house and this was the Pasta Special of the Day, a Pappardelle with Lamb. The wide and smooth noodles were coated in a lamb ragu that tasted like it had been simmered for hours. Adding the cannellini beans gave the dish a slight Tuscan flare. The rippled edges of the pappardelle were nice, giving it a delicate but rustic touch. 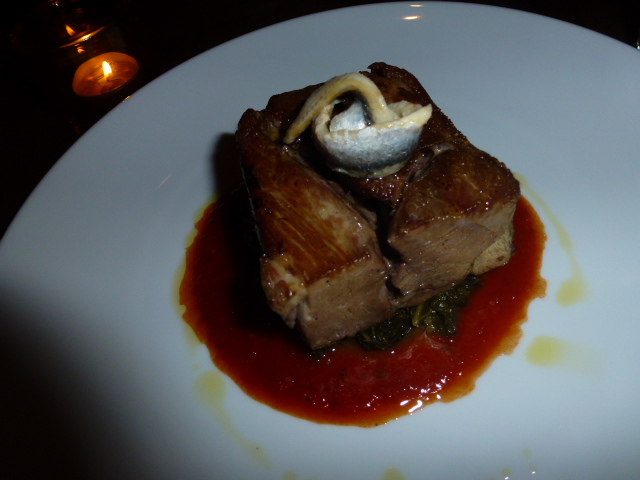 Their Lamb Shoulder is done in a sous vide style but I wasn’t impressed with it. The cooking process made the meat very weird in texture; it was almost mushy. I tend to think that grilling or roasting meats enhances the flavours a bit more. However, they did grilled the top, giving it a bit of a crust. The kale lining the dish was appreciated since it gave the juices somewhere to go. This actually had more flavour than the lamb itself. And yes, that is a piece of whole anchovy, so if you’re a fan, slice it up and use it to add more of a savoury flavour to the lamb, but if not, you can easily remove it and ignore it completely.