Matthew Gibbons gestures towards the centre of a room very much in the throes of construction. “I remember dancing right here,” he says, then maps out with his hands the ghost of a layout past inside the storied Yale on Granville.

The Yale is poised to get a new lease on life, as the venerable but long-dormant music venue enters into its next chapter with a new owner and new features that will welcome a fresh generation of fun lovers in Vancouver.

Called the Yale Saloon, the venue will be a home for a diverse lineup of live music, as well as BBQ eats that Gibbons hopes become tops in town.

Hospitality is in Gibbons’ blood. He grew up in and around the industry in Vancouver, and now is a part of the MRG Group, which owns and operates venues and concerts in Vancouver (namely the Biltmore and the Vogue), Toronto, and Los Angeles. 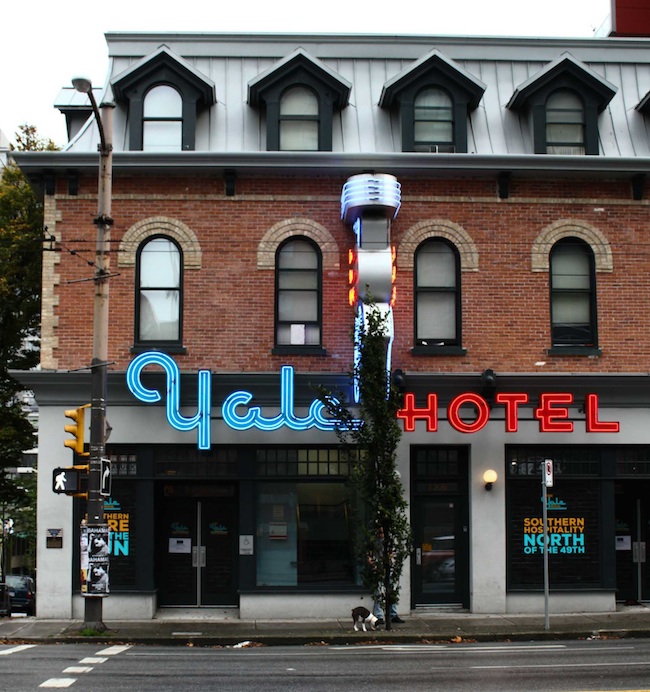 The Yale first opened its doors in the 1880s, and evolved through the years to eventually become Vancouver’s favourite venue for live blues acts. Despite a 2012 renovation, the Yale struggled to stay afloat and find a voice as-is, and the property went up for sale. Gibbons says his friends and colleagues were urging him and the MRG Group to consider the Yale, and finally in January 2015, they purchased the property. Months of somewhat patiently slashing through the city’s red tape followed, with renovations starting in earnest late this summer.

For Gibbons, the vision has always been quite clear, though the journey has been long.

Inspired by the no pretensions vibe of Austin, Texas, along with the quirky capital city’s reputation for eclectic musical acts and tantalizing barbecue, Gibbons saw a way to evolve the Yale into a gathering place that wouldn’t try to be cool, but simply be fun.

“The Yale was a place you could go any night of the week and sort of show up,” explains Gibbons. “We want to take the best from it, take that culture piece and run with it.”

Thanks to a wealth of music industry savvy and connections, as well as an established relationship with the jazz, blues, country, and bluegrass scene in and around Vancouver, Gibbons promises a broad range of live entertainment week to week, in a space that can easily adapt to what’s on the playbill for the night, and for what the city’s music lovers are looking for. 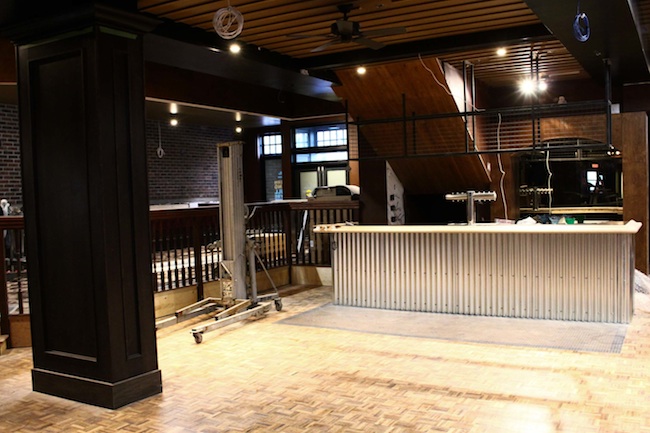 The historic building offered essentially just the “bones” of a space, says Gibbons, and his team has been hard at work getting the venue suitable for opening, with a nod to the past using contemporary materials. This includes bringing in a massive high-end smoker, which will nestle in its own spot and be tended to by Mark Crofton as part of his head chef duties, as well as a newly fitted out kitchen, in a space Gibbons says may have been a kitchen once upon a time perhaps a century ago.

Out of that kitchen the Yale Saloon will be serving up barbecue and barbecue-inspired mains and sides from a menu Gibbons explains owes much to the influence of Austin’s lauded Franklin BBQ. (Gibbons has a great story about a chance encounter with a humble and chatty Aaron Franklin behind the scenes at his Texas restaurant.)

“The food will strive to be the best BBQ in the city,” asserts Gibbons. “That’s something we will fight for, that’s what we’re going to aim for.”

Along with the eats, Yale Saloon customers will find familiar beers on tap and a straightforward cocktail program, and plenty of opportunities to let loose, like on the mechanical bull, which Gibbons says will come out about once a week.

When the eating is over and the music takes centre stage, the tables will be whisked out of the way to make way for the dance floor–a spectacle that Gibbons thinks will be almost like another facet of the evening’s excitement. 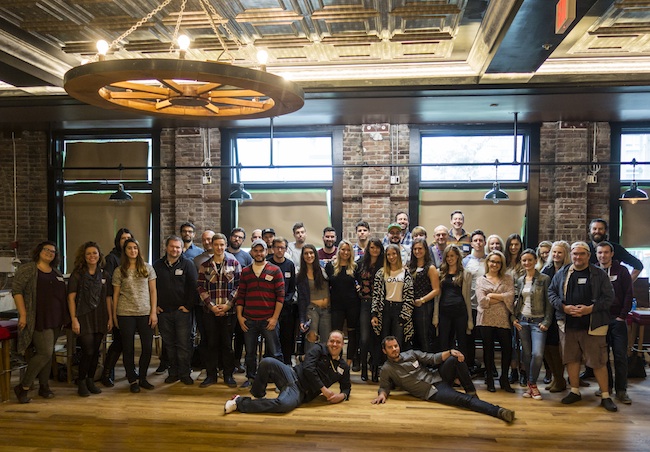 Gibbons says the Yale will be booking local and touring acts that run the gamut of genres, and necessitate different set-ups in the space. Gibbons says that while the space will transform as the entertainment requires, he is completely open to transforming the Yale Saloon to be what the public wants. Tossing pride aside, Gibbons readily admits he and his team are happy to adapt the Yale Saloon’s offerings based on customer feedback. Different acts, a more artisanal cocktail selection? Sure, if that’s what people want. Ultimately, for Gibbons, the Yale is about being a space for fun–not for being what its owners and managers have predetermined to be “cool.”

“We aren’t going to be the coolest place in town, and we’re not trying to be,” jokes Gibbons. “If you leave here well fed, maybe a little bit sweaty and not too worried about how you look, then you’ve won.”

There’s a powerful bond between the sounds that stir our soul and the nourishment that fills our bellies, at the heart of which is really what this new era of the Yale intends to be all about. “They’re both things you talk about, a shareable experience,” Gibbons reflects on the connection between music and food. Eschewing notions of food and music teaming up to be “flashy” or “fancy,” Gibbons says it boils down to who you’re spending your time with.