Happy B.C. Day! There’s a lot to celebrate about beautiful British Columbia, so we thought we’d gather up a few facts and figures. Use them to break the ice at your awkward work picnic, family BBQ, or to win bar trivia night.

1. A bill to institute a BC Day was first introduced in Parliament in 1974.

2. BC’s Provincial flag is five by length and three by width, and electronic images of the flag must never be electronically or mechanically altered, and must remain sized in scale. 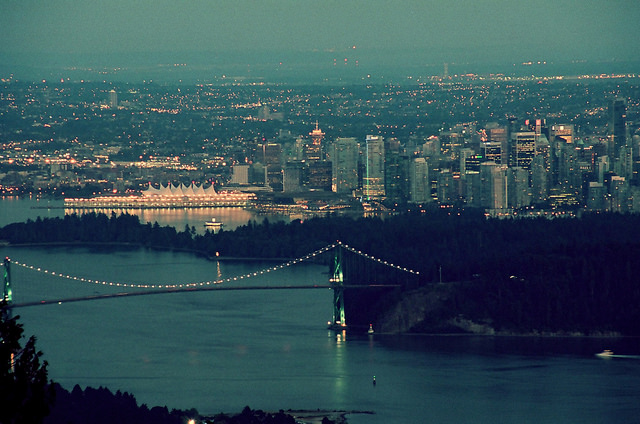 4. Half of all British Columbians live in the Metro Vancouver area.

6. The Spirit Bear was named after Francis Kermode, a provincial museum worker who was among the first to discover the animal.

8. Khutzeymateen Provincial Park in Northern BC is Canada’s only grizzly bear sanctuary.

9. BC occupies about 10 per cent of Canada’s land surface. 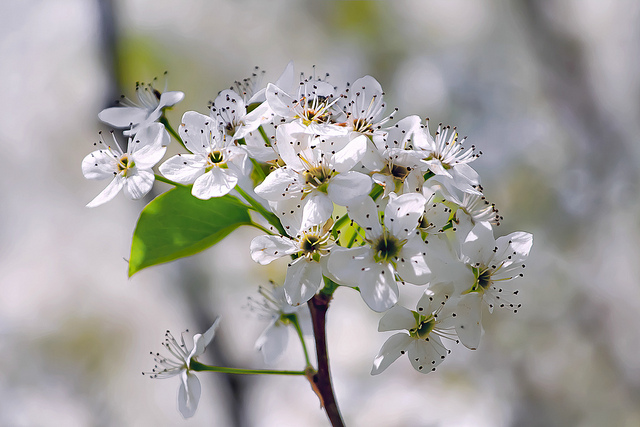 10. The provincial flower of BC is the Dogwood.

11. BC is North America’s fourth-largest film and television production centre.

12. The SS Minnow from “Gilligan’s Island” resides in BC now. It is owned by Vancouver Island supermarket chain Quality Foods.

14. The Hanging Garden Tree on Meares Island is thought to be one of the oldest known western red cedars, and is estimated to be between 1,500 and 2,000 years old.

15. BC is one of the world’s top three producing regions for cranberries and blueberries. 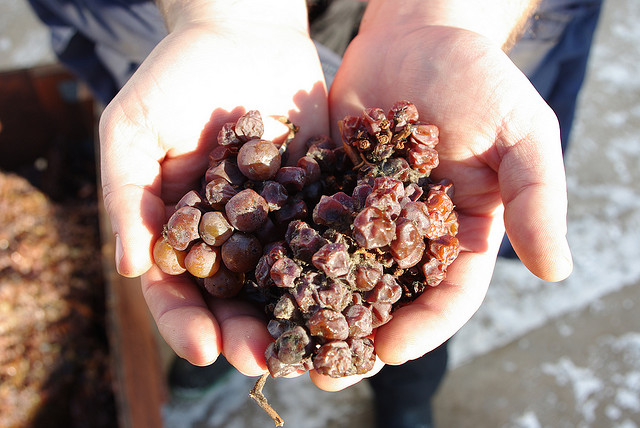 17. There are over 864 vineyards on more than 9,800 acres of land, which includes wineries and independent growers.

20. BC is home to the longest running movie theatre in Canada, which is Powell River’s Patricia Theatre, operating since 1913. 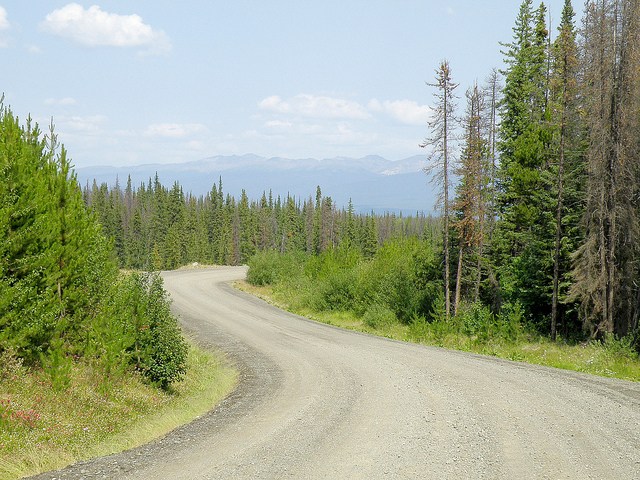 21. Tweedsmuir Park at 989,616 hectares, is British Columbia’s largest provincial park. The smallest is Memory Island, at less than one hectare.

23. The annual mean temperature in the most populated areas of BC is up to 12 °C (54 °F), the mildest anywhere in Canada.

24. BC’s provincial motto is “splendor without diminishment” which is “Splendor Sine Occasu” in Latin. 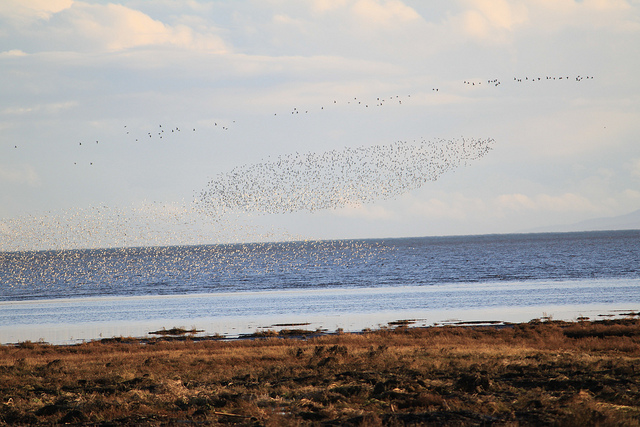 25. Over one million birds use the Pacific Flyway, a migratory path that goes from Alaska to Patagonia and crosses BC, where Boundary Bay has been named an Important Bird Area by the Canadian government.

27. Actress Pamela Anderson was called Canada’s Centennial Baby, as she was the first baby born in the nation on its 100th birthday. Anderson was born at 4:08 am PST on July 1, 1967 in Ladysmith, BC.

28. The northern terminus of the Pacific Crest Trail, one of the world’s longest hiking trails, is located in BC in Manning Park. 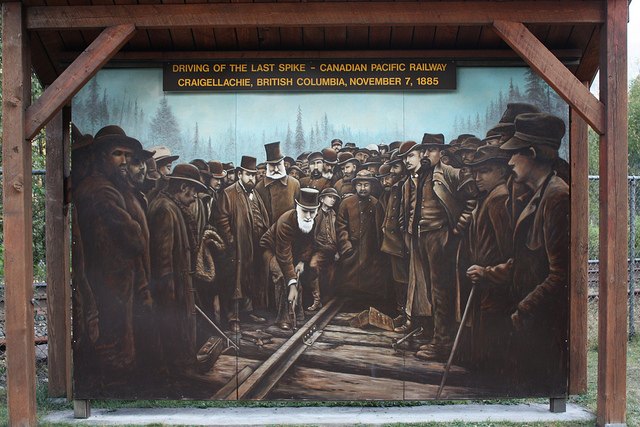 31. The last spike of the first transcontinental railway was placed on November 7, 1885 in Craigellachie

32. BC was the sixth Canadian province, joining the confederation July 20, 1871.

34. Craigflower Schoolhouse in Saanich is the oldest standing public building in BC.

35. More than 200 different commodities are produced on about 22,000 agricultural farms across the province.

36. Food retail sales in BC are estimated to be over $18 billion each year. 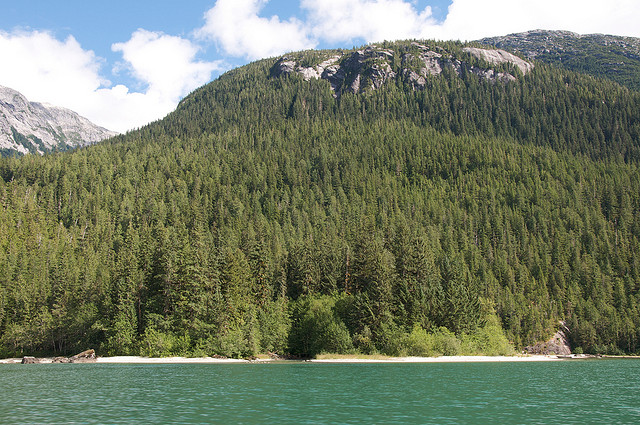 39. The largest intact coastal temperate rainforest in the world is protected in BC’s Kitlope Heritage Conservancy.

41. Women make up more than 37 per cent of self-employed people in BC, the second-highest rate in Canada.

42. British Columbia was the second Canadian jurisdiction (after Ontario) to legalize same-sex marriage.

43. Undergraduate students attending BC public post-secondary institutions are paying the fourth lowest tuition in Canada for 2013/14 according to the latest Statistics Canada report on tuition fees – an average of $5,029.

45. BC resident Sarwan Singh of Surrey holds the Guinness Book of World Record for the longest beard on a living male. 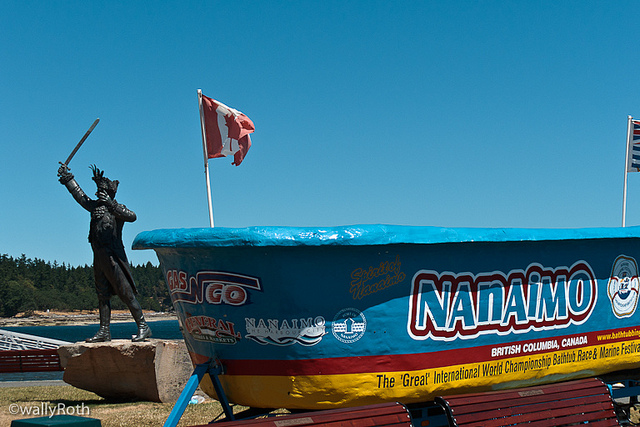 46. The great sport of Bathtub Racing was started in Nanaimo, BC

47. In 2011, BC’s population had the lowest percentage of smokers at 15.8% compared with the rest of the provinces.

49. The world’s strongest current is found in the Nakwakto Rapids at Slingsby Channel, BC. which has been measured at speeds up to 18.4 miles per hour.

50. BC’s Osoyoos Lake is the warmest freshwater lake in Canada.