Today, the X-Files set that was spotted at Victory Square looked incredibly familiar to Vancouverites.

After announcing a plan to revive the show, X-Files continues to be filmed in Vancouver over the summer for its six-episode reboot mini-series.

Tents were erected at the park, while actors ready to play as homeless individuals sat in and around them. Shopping carts were scattered across the park and filled to the brim with junk and random belongings. 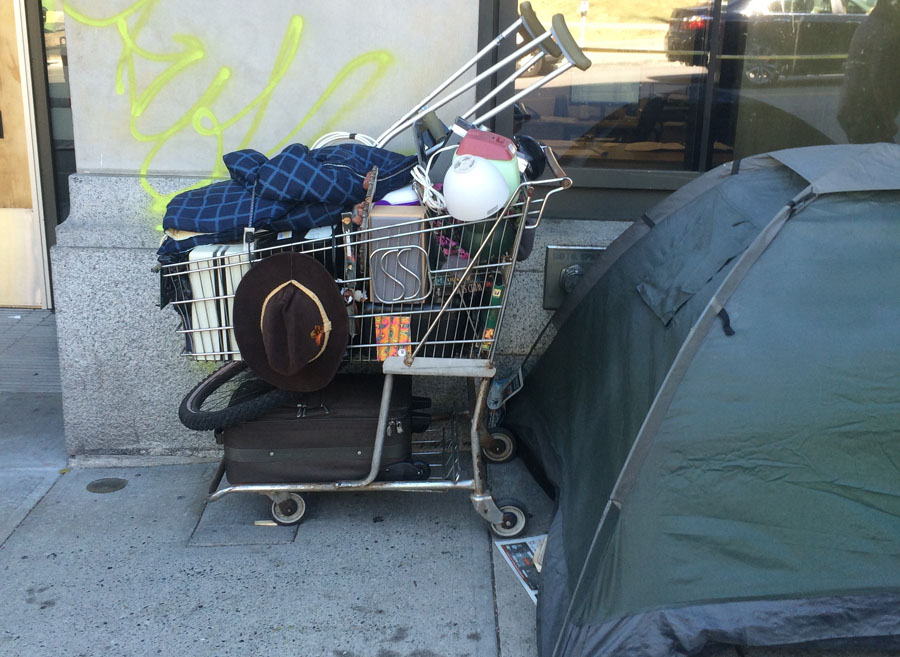 The scene looked strangely similar to Vancouver’s Tent City, an encampment protest that took place in Oppenheimer Park last year from July to October. Protesters setup their tents in the park demanding the City to take action on homelessness, and refused to leave by police and City orders by stating the park sat on unceded Aboriginal land.

Vancity Buzz received tips from readers who were passing by early during the scene’s set up, wondering if it had to do with a revival of the Tent City protest. Since film crews began setting up at 10 a.m., signs have now been installed that indicate that the scene is in fact “on location filming,” not the revival of Tent City, but that of X-Files. 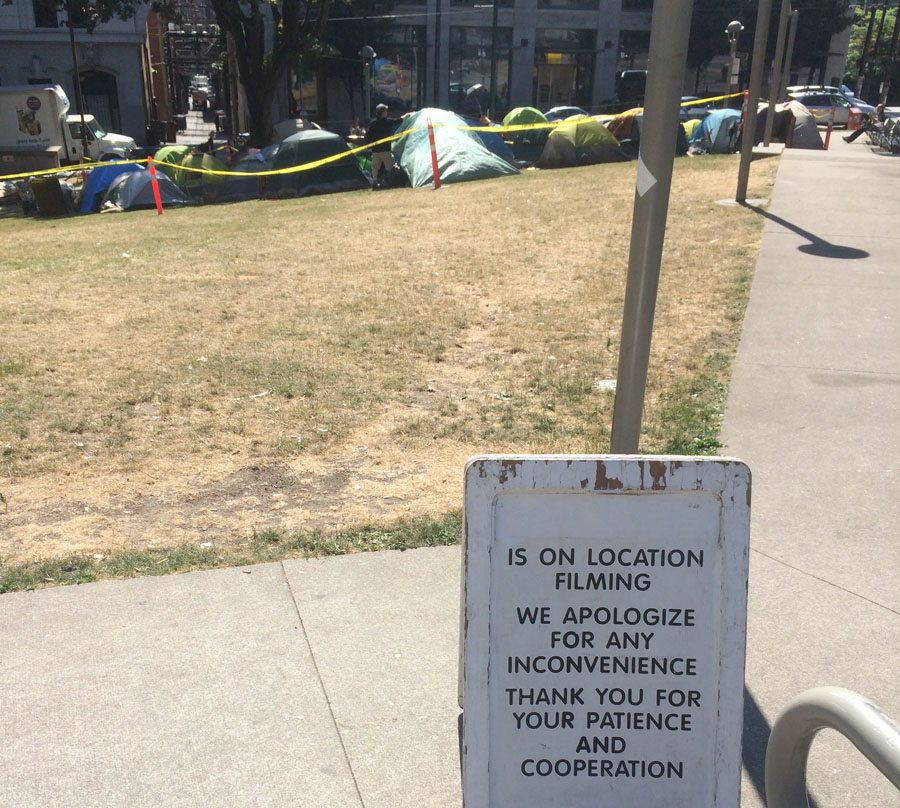