Dear old Stanley Park has seen a lot of drama this week. Between pounding waves and costly repairs, the last thing we expected to hear was that a World War II bomb shell has been found near the HMCS Discovery.

The bomb squad arrived at the Royal Canadian Navy Reserve facility Thursday afternoon to detonate the bomb after the mortar shell was discovered by someone with a metal detector. Police were unable to tell if the shell was live or not, but have since removed the bomb and reopened the surrounding area.

After further analysis, police have determined that the 3-inch-by-14-inch shell was likely a post-World War II mortar. The mortar appeared to have been buried in the ground for quite some time and it is undetermined how the shell got there.

“An explosive device can cause serious injuries or death if not handled properly,” says VPD spokesperson Sergeant Randy Fincham. “Anyone who finds an explosive device should not touch it and call their local police who will arrange to have the device properly disposed of.”

The facility, built during World War II for recruitment and training, sits on Deadman’s Island, located on the Coal Harbour side of Stanley Park. 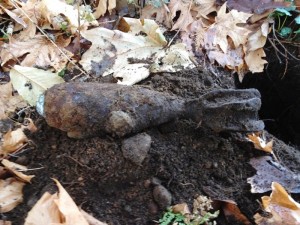 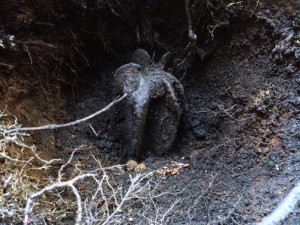