The first presumptive case of coronavirus has been confirmed in BC.

Henry said the man was “well aware of what was going on in China,” and upon his return home, he voluntarily self-isolated. “So he had not travelled outside his home until he sought medical attention, and he did that with all the appropriate precautions that we’re aware of.”

She adds there are “a small number of contacts, including family contacts.” VCH is following up on them and “is confident they have everybody that has any concern about being in contact with this individual.”

The man was not symptomatic on his flight. “There are no risks to people who are in contact with somebody with no symptoms,” she said.

A second test of the lab results will be done at the National Microbiology Laboratory in Winnipeg, she added. Cases are considered presumptive until confirmed at the Winnipeg lab. The secondary testing will be completed in several days.

Both Henry and Dix say the “risk of spreading this virus within British Columbia remains low at this time.”

The BC Centre for Disease Control (BCCDC) has developed a diagnostic test for the new coronavirus and is co-ordinating staff and supplies to ensure all potential cases can be detected “quickly and accurately.” 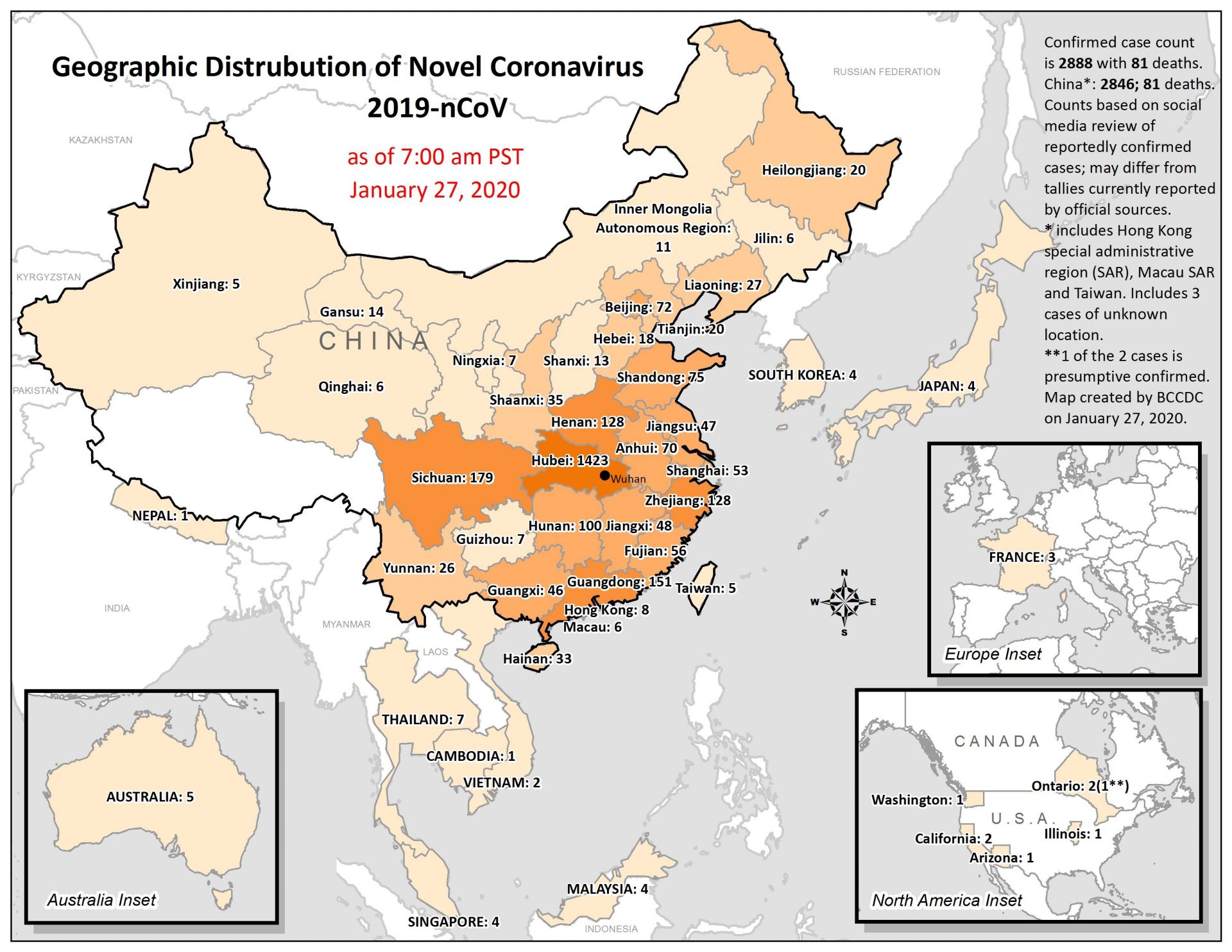 As of Monday, Canada had one confirmed case of coronavirus and one presumptive case, both of which are in Toronto. The Government of Ontario confirmed that the wife of the province’s first case of the Wuhan novel coronavirus has tested positive for the virus.

The couple, both in their mid-50s, had recently travelled to Wuhan.

Canadian outbreak updates can be found on the Government of Canada’s website.

The Government of Canada has also increased its travel risk advisory to parts of China.