What if you could write a letter to a stranger that would change their life, would you do it? What if that letter could help someone overcome a challenge, find the courage to move on, or gain a new perspective on life, would you pick up the pen?

Sometimes the best remedy for heartache is the knowledge that you’re not alone.

Founder of The Love Letter Project, Fiona McGlynn, asks people to consider a challenge they’ve faced, and then write an open letter to another person who may be facing that same challenge, to help them overcome it. 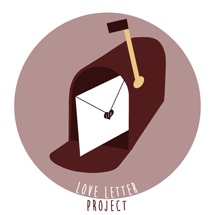 She drew from her own experience dealing with her parent’s divorce and wrote a children’s book (“i and the Great Divide”) designed to help kids in divorce feel loved and self-expressed. Inspired by her experience of connecting with families in divorce, she decided to encourage other people to reach out.

Dear Mother of Miscarriage, Dear Child of Divorce, Dear Rape Survivor, Dear Those Missing Their Ex. The letters say it all: I’ve been there, I get it. 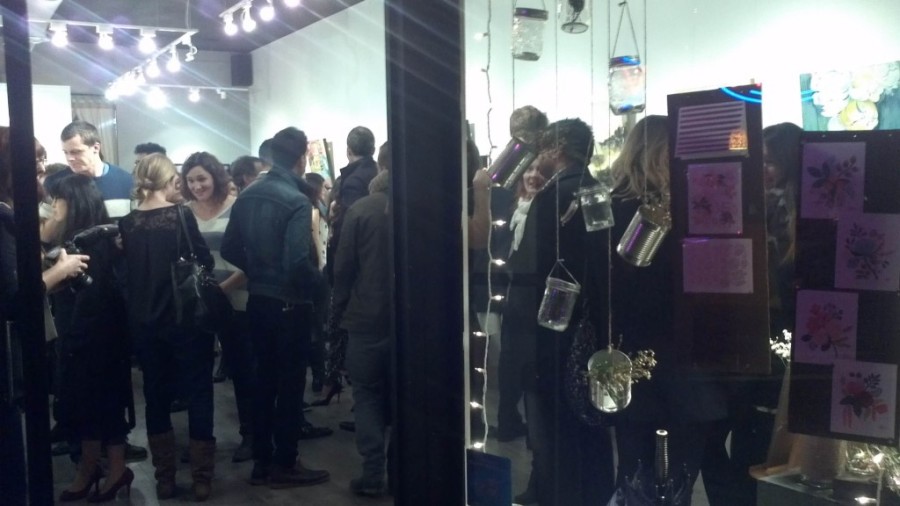 The project launched one year ago and has seen tremendous support from around the world, with hundreds of letters that offer words of solace and compassion from cancer patient supporters to people struggling with depression.

The Love Letter Project has partnered with 18 local artists that were asked to select a letter that spoke to them and create a visual response in a medium of their choosing. Local artist Jamie Smith also recently came on board to help publish a book.

Earlier this month, the With Love – A Love Letter Project Book Launch and Art Show at Omega Gallery was an absolute success. The gallery was solidly packed from 6:30 – 10:30 p.m. with approximately 200 people stopping in throughout the night. 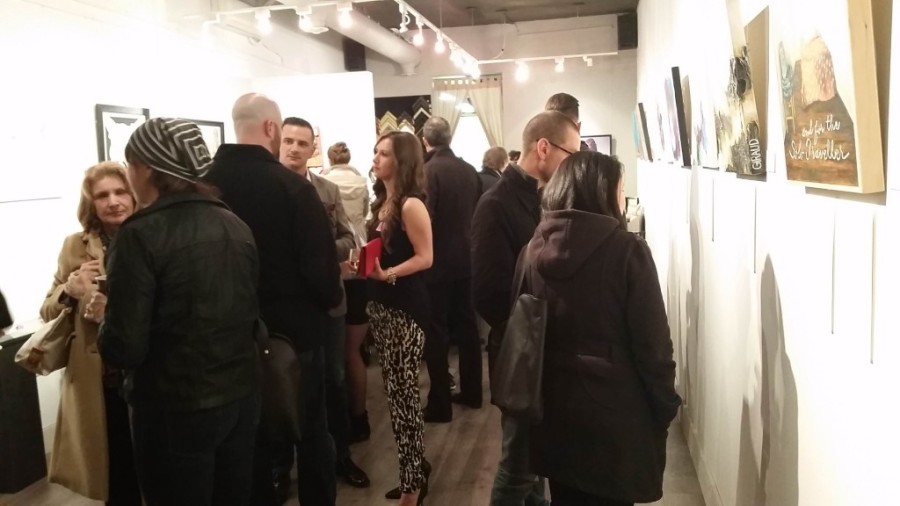 “We were almost overwhelmed by the turnout and really could not have hoped for a more magical evening,” says Fiona. “People really seemed to relate to the show and enjoy themselves.”

Some of the moments that stand out to her include hearing from a people that they could see a part of themselves in every single letter and piece of art work, and watching letter writers meet the artists that had responded to their letter.

“It was very moving.” 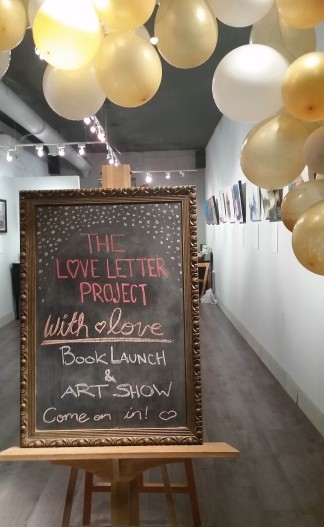 Fiona was once told that “if you want to be passionate in life, consider the greatest challenge you’ve faced and help the next person to overcome it.” She encourages you to reach out your hand by writing a letter, either anonymously or under your own name.

A collection of letters can be found online at theloveletterproject.ca

Connect with The Love Letter Project: