It’s 2015 and the thought on everyone’s minds (at least those dominating the tech world) is what the year will bring us. So far this year we’ve seen the next wave in music streaming with Tidal, new products and services at the Google I/O conference, the release of the Apple Watch and even a text message bug that can shutdown iOS devices. What else is in store for 2015?

Opener for iOS lets you open Web links in your apps

Solving one of iOS 8’s biggest annoyances, Opener now lets iPhone, iPad and iPod touch users to open Web links in their mobile apps. Currently, when users open links from inside iOS applications, the software launches a Web view even if the link you’re opening has an associated iOS app that’s installed on your mobile device. For example, a Twitter link in a news article will take you to Twitter’s mobile site versus the native app that is already on your iPhone, iPad or iPod touch.

The opener app works in two ways: first, users can copy a URL link found on the web and then launch the Opener app to choose which native application they want to open the link within. For example, users could choose if they want the Web link to be opened in Twitter, Tweetbot or Twitterific depending on which app they prefer. Second, the ‘Action’ extension allows users to open a Web link in the associated iOS app. Users select the link before activating the extension, which then displays a list of connected, installed iOS apps for users to choose from. Opener currently supports 50 applications ranging from Instagram, Spotify and YouTube, Amazon, Kickstarter and more. 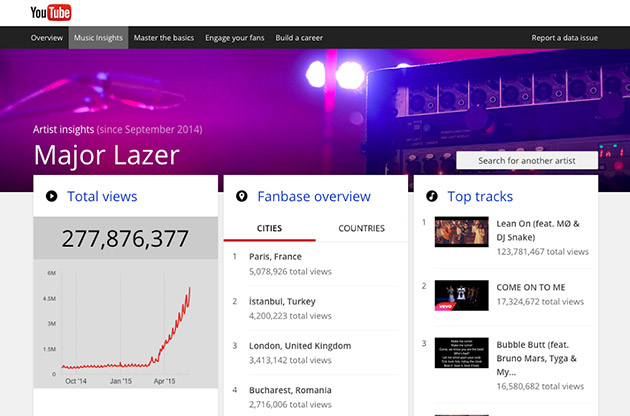 YouTube has released a new tool for artists to monitor their popularity. ‘Music Insights’ shows users the combined views of the videos they upload and those uploaded by fans as well as what their top tracks are and where those views are coming from. This is a great tool for big name artists to track their popularity around the world. For example, Ed Sheeran is extremely popular in the Philippines with his top four cities in the country contributing 97 million views to his overall count.

Music Insights is also a great application for less known artists and could help them map out future tours based on the cities they are most popular. The flip side of the tool will also show artists where they are not trending, allowing them to concoct a plan to target regions where their popularity is waning. While not the first music application in the business that allows artists to monitor their analytics (Pandora’s Artist Marketing Platform and Spotify For Artists provide similar data), YouTube’s billion-plus users far surpass Pandora’s 80 million and Spotify’s 60 million listeners. 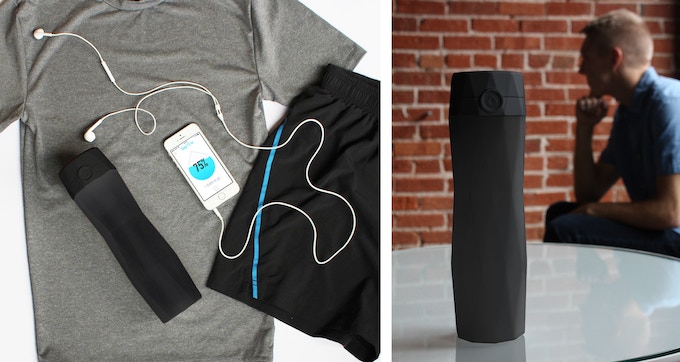 HidrateMe is a connected smart water bottle that will glow when you need to take a sip of water. The app will use push notifications to your phone as well as the glow to let you know when you are nearing dehydration or to ensure you are ingesting the recommended daily intake of H2O. There are already plenty of other smart water bottles out there – both in and out of crowdfunding – however, HidrateMe has blown past the competition. Their Kickstarter campaign has already surpassed their $35,000 goal reaching over $100,000 with 39 days still to go.

Drinking enough water can help prevent cancers in the colon and bladder, helps reduce tiredness, irrability and confusion and aids in weight loss. It is also essential for the proper circulation of nutrients in your body. The HidrateMe app will be available Winter 2015; the bottles will come in five colours (iceberg white, bamboo green, ocean teal, crystal pink, or obsidian black) and should start shipping around that time as well. And yes, while a lot of us don’t need to be reminded to drink water, HidrateMe has resonated with a lot of people and is indicative of how successful their Kickstarter campaign has been so far.

Food for thought: According to the World Health Organization, 750 million people globally don’t have access to adequate amounts of safe drinking water and is often a first-world luxury that is taken for granted. Please be water conscientious.

Magic Leap has largely been shrouded in mystery – until now. At this week’s MIT Technology Review’s EmTech Digital conference, Magic Leap announced that it is launching a development platform for game makers, filmmakers, and other creators to build augmented reality experiences. The company has now opened a Developers section on its website, where people can sign up for access to SDK, which will work with the Unreal and Unity game engines. According to the company’s tweets SDK will be released “soon.” The project first sparked interest when it showed the public what it’s tech could do, with a video showing how augmented reality could let you play a first-person shooter game inside your real office.

“Using our Dynamic Digitized Lightfield Signal™, imagine being able to generate images indistinguishable from real objects and then being able to place those images seamlessly into the real world.

Imagine what experiences you could create if you had this ability. Imagine how this would completely transform how people interact with both the digital and real-worlds. Imagine you being one of the first to help transform the world forever.”

Amazon turns its boxes into ads for “Minions” movie 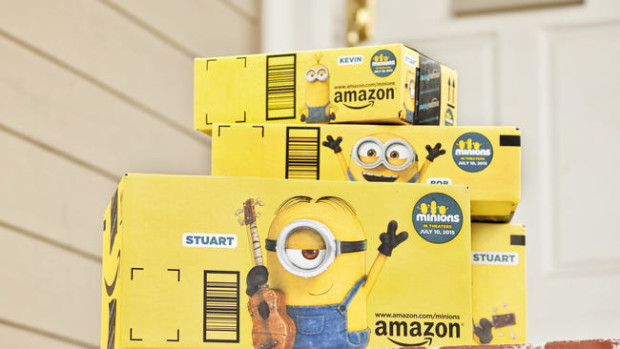 Universal Pictures and Illumination Entertainment and Amazon have partnered to put its brand in front of a big audience, with advertisements from the new Minions movie out in Canada on July 10. The Amazon yellow boxes, which started shipping last week, display the adorable and widely popular yellow characters from the Despicable Me franchise. The boxes began arriving last week and there are at least three different ads, each with a different box, starring a single Minions character like lovable Kevin, Bob and Stuart. People have already taken to social media to post their images of the #MinionsBoxes.