The World Rugby Sevens Series touches down in Vancouver tomorrow and the city is buzzing.

The two-day tournament is unlike anything we’ve ever hosted in Vancouver, and the world will be watching. It’s always special for our city to host an event with global appeal.

This will be a great introduction to a new sport for many Vancouverites and promises to be a lot of fun.

The lower bowl of BC Place is sold out, allowing organizers to sell some upper bowl seats as well. In total, nearly 60,000 people are expecting to attend over two days.

Rugby Sevens is similar to the rugby that you’re likely familiar with, except games are shorter and faster.

Vancouver is one of ten stops on the World Rugby Sevens Series.

Other stops this season include:

This is the 17th season of the World Rugby Sevens Series, which debuted in 1999. Canada’s best finish was 6th, which they achieved most recently in the 2013-14 season.

Rugby Sevens will make its Olympic debut in Rio this summer. The World Rugby Sevens Series also doubles as an Olympic qualifier, with the top-four ranked teams booking their tickets to Brazil.

Fiji currently leads the standings after five stops in the series. South Africa is in second place, followed by New Zealand, Australia, and USA. Canada is in 12th place. 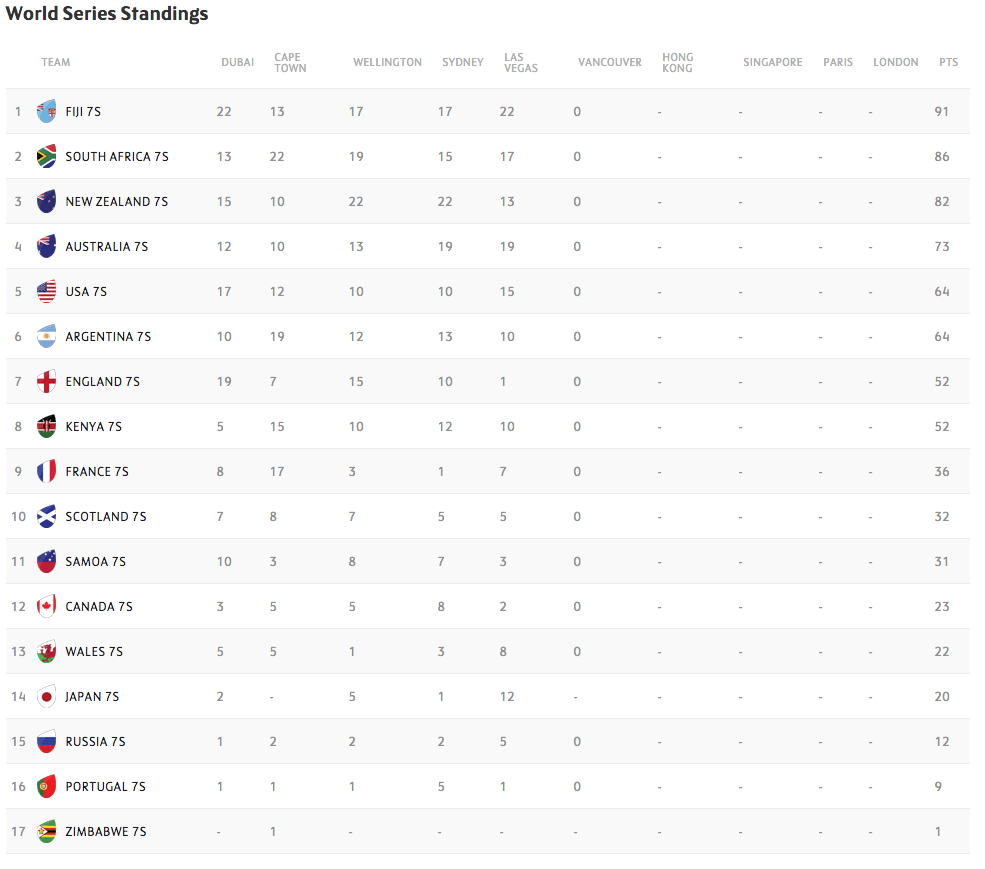 You’ll notice that Japan and Zimbabwe have not competed in every stop and they will not be in the Vancouver tournament. This is because unlike the other teams on the tour, they do not have ‘core team’ status.

New Zealand is the most decorated team all-time, winning 12 of 16 World Rugby Sevens Series titles, including four in a row between 2010 and 2014. Of course you should always watch New Zealand no matter what because of the Haka.

Fiji currently leads the standings and are last year’s champions. South Africa, currently second in the standings, have finished as runners up in four of the last five years. 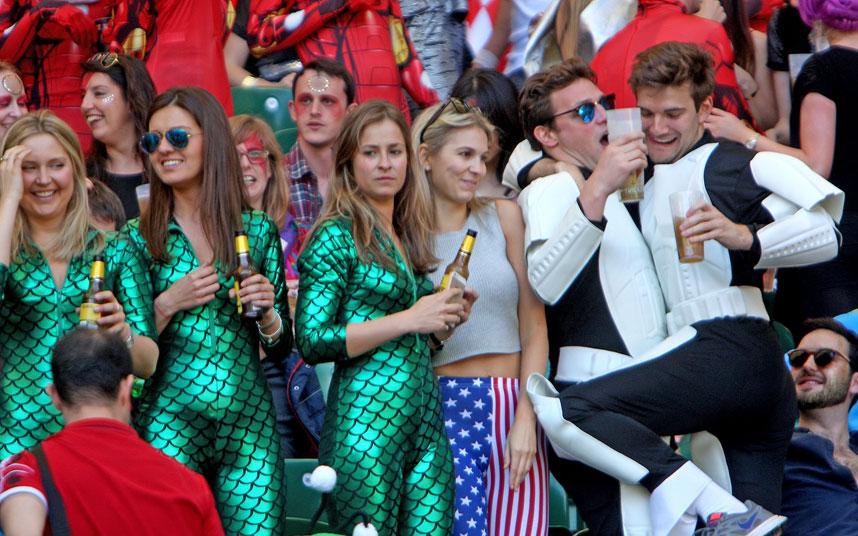 Don’t be surprised if you see a lot of people dressed up in costumes, or “fancy dress”, as it’s known. Fans are encouraged to show up in costumes that can be related to the country they’re supporting, or they can be completely random.

Rugby Sevens teams have been remarkably accessible and down to earth this week.

Here’s a picture of the New Zealand All Blacks visiting Sir Charles Tupper Secondary School in East Vancouver earlier in the week. 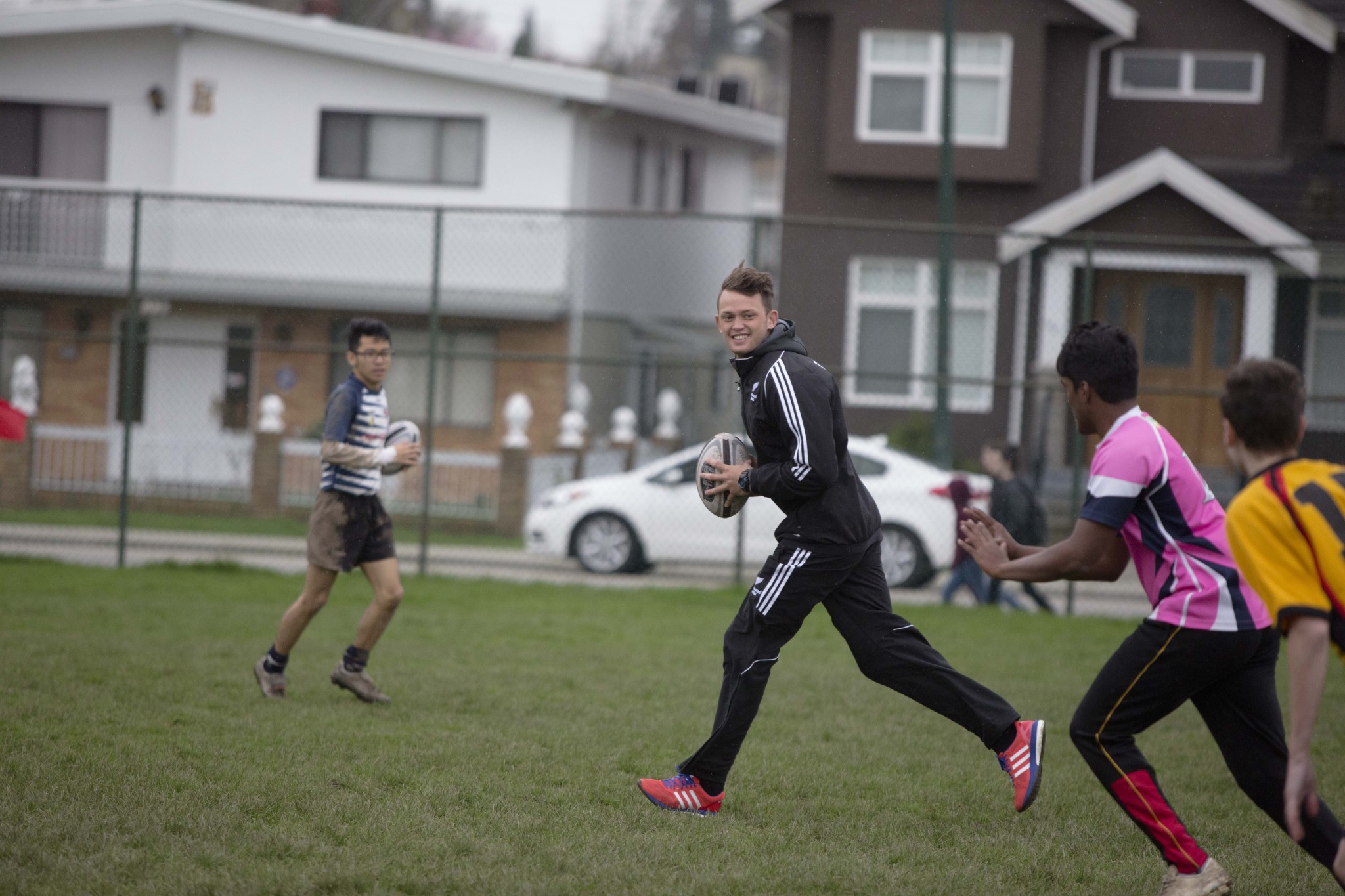 Because this is a bit of a unique event with 10 hours of action with 16 teams over two consecutive days, BC Place is making some special arrangements.

Fans will have in-and-out privileges, up until 1:00 pm. Seating is also general admission, meaning you can sit wherever you like despite the fact that everyone’s tickets have a section/row/seat on them.

For more information, check out the FAQ section on the Canada Sevens website.