Featuring a variety of attractions such as food trucks, apparel vendors and a B-Boy battle zone, the all-ages event is expecting around 3,000 attendees. The festival will conclude on Sunday, June 23, with public dance workshops taught by multiple world-renowned choreographers. Sponsors include Monster, Sprott-Shaw Community College, The Beat 94.5 and Dipt.

About World of Dance

Established in 2008, the World of Dance Tour is an annual dance competition, taking place in 17 international markets. The unparalleled experience given to participants and spectators has quickly built WOD’s reputation as the authority in urban dance and lifestyle. The organization encourages and supports youth who have an interest in pursuing their passion for the art of dance, and has created an unprecedented niche for dancers in the entertainment industry. These newfound celebrities are receiving endorsement deals, headlining their own shows, and being flown around the world to teach dance workshops. 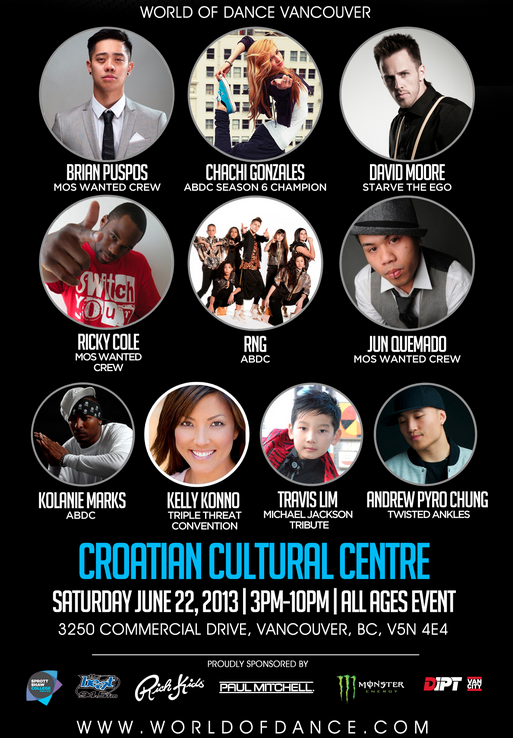