Militants attacked the beachside resort town of Grand-Bassam in the southeastern Ivory Coast on Sunday, killing 16 people. Al Qaeda in the Islamic Maghreb (AQIM) has claimed responsibility for the shooting. The gunmen stormed the resort, firing at two hotels. Tourists from Burkina Faso, Cameroon, France, Germany, and Mali were among the dead. Two soldiers and six militants were also killed. Grand-Bassam is a UNESCO World Heritage site.

2. Teenage girl sexually assaulted and set on fire in India

A 15-year-old girl was sexually assaulted and set on fire near New Delhi, India on March 7. She suffered from burn injuries to 95% of her body and was taken to hospital where she later succumbed to her injuries and died. The suspect asked the girl to meet him on the roof of her home early Monday morning and proceeded to rape her. He then poured kerosene on her body and lit her on fire. The girl knew the suspect, and she had reportedly dropped out of school last year after he began stalking her.

Little is known about Omura’s whales but scientists have recently captured rare footage of the mysterious creatures off the coast of Madagascar. Salvator Cerchio of the New England Aquarium filmed over 80 Omura’s whales last fall. Before that, only 44 Omura’s whales had ever been seen in the wild. The whales spend most of their time in tropical waters and grow up to 38 feet long.

Protesters crashed a Donald Trump rally in Chicago causing the event to be postponed due to safety concerns. The rally was to take place at the University of Illinois at Chicago Pavilion. When an organizer announced that the rally would be postponed, the crowd of protesters burst into cheers.

South Africa bans the leopard hunt for the 2016 season for the first time in decades https://t.co/N2BK1OXFYz pic.twitter.com/4HDsEwhaCj

South Africa has taken action to ban the leopard hunt for the 2016 season. This is the first time in nearly 30 years that hunters in the country will not be able to target one of the “Big-5” game animals. The South African National Biodiversity Institute suggested the temporary ban because leopard population numbers have not been confirmed this year.

• Read more on Al Jazeera and The Guardian

A car bomb explosion in Ankara, Turkey, has left at least 34 people dead and over 100 injured. Sunday’s explosion occurred in Guven Park, a busy commercial area. “These attacks, which threaten our country’s integrity and our nation’s unity and solidarity, do not weaken our resolve in fighting terrorism but bolster our determination,” President Recep Tayyip Erdogan said in a statement. The attack took place nearly three weeks after another suicide car bombing in Ankara, which killed 29 people. No group has taken responsibility for the attack. 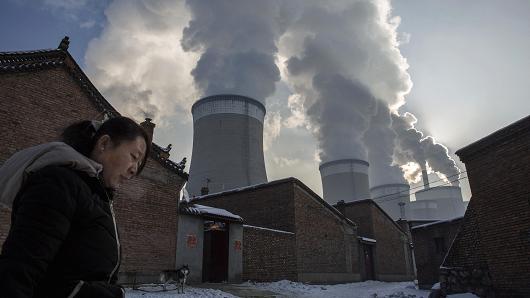 Thousands of Chinese coal mine workers took to the streets in China’s Heilongjiang province over the weekend to protest against unpaid wages. The protesters are all employees of Shuangyashan Mine, owned by Longmay Group. According to the mineworkers, their wages have been cut from 1000 yuan ($204.71) to 899 yuan ($163.77). A drastic decline in oil and coal prices and inefficiency at state-owned companies have contributed to the issues coal miners are experiencing.

Tennis champion Maria Sharapova admitted to failing a doping test on March 7. According to Sharapova, she had been using a substance called meldonium throughout her tennis career. Meldonium is banned by the World Anti-Doping Agency (WADA). Sharapova defended her actions, stating that meldonium was recently banned by WADA and she was not aware of this. “I had been legally taking the medicine for the past 10 years, but on January 1 the rules had changed, and meldonium became a prohibited substance, which I had not known,” she said during a press conference.

Prime Minister Justin Trudeau and his wife, Sophie Grégoire-Trudeau, paid a visit to the White House last week for a lavish state dinner. They were greeted by U.S. President Barack Obama and his wife Michelle. This was the first American state dinner a Canadian prime minister has attended in 19 years.