An oil tanker explosion in South Sudan has killed at least 170 people and left 50 civilians injured. Officials have requested the help of the Red Cross and U.N. as local hospitals do not have the room to accommodate the injured. “We don’t have medical equipment and these people may not survive because we do not have the facilities to treat the highly burnt people,” South Sudan’s minister of information, Charles Kisagna, told Reuters. The driver of the oil tanker veered off the road. When the fuel spilled, locals gathered to help clean it up and the vehicle suddenly burst into flames.

2. U.N. expresses dismay with Hungary’s decision to use tear gas and water cannons on refugees

U.N. Secretary-General Ban Ki-Moon expressed his dismay with Hungary after state police used tear gas and water cannons on hundreds of refugees. Ban denounced the Hungarian police’s actions as “not acceptable” and said he was “shocked” by their behaviour towards the refugees who were trying to cross the Horgos-Roszke border from Serbia. Refugees crowded the border and took down the fence separating them from entering Hungary. Police retaliated at the crowd with tear gas and water cannons in order to prevent them from getting over the border.

3. One million people evacuated after 8.3 magnitude earthquake in Chile

Death Toll In Chile After 8.3 Earthquake Continues To Rise http://t.co/6QZyvGIxb7pic.twitter.com/mZZwqreCm9

On Wednesday, an 8.3 magnitude earthquake in Chile killed at least 11 civilians and forced one million people to be evacuated from areas impacted by the aftermath. The quake also prompted tsunami alerts along the Chilean coast to as far as Hawaii and New Zealand. Twelve aftershocks, all over 4.8 in magnitude, occurred after the initial quake.

Fourteen-year-old Ahmed Mohamed was arrested on Monday after he brought a homemade clock to his Texas high school. Teachers at the school mistook the clock for a bomb and Mohamed was taken to a juvenile detention centre. Mohamed wanted to show the clock to his engineering teacher who advised him to show it to other teachers. He put the clock in his backpack but its alarm went off in English class.

The English teacher told the teen that the clock looked like a bomb and he was taken to the principal’s office. Police were called and Mohamed was interrogated and arrested. The teenager was later released. Support for Mohamed broke out all over social media encouraging him to keep inventing and continue his passion for technology for science. Even President Obama tweeted at the teen and invited him to the White House so he could show off his invention:

Cool clock, Ahmed. Want to bring it to the White House? We should inspire more kids like you to like science. It’s what makes America great.

A crane collapse has left 107 dead and 238 injured at the Grand Mosque in Mecca, Saudi Arabia. Heavy winds caused the crane to crash into the mosque, which is the holiest place of worship in the world for Muslims. Last Friday’s accident comes at a time when Muslims from all over the globe are making their way to Mecca for Hajj – an annual religious pilgrimage to the holy site. 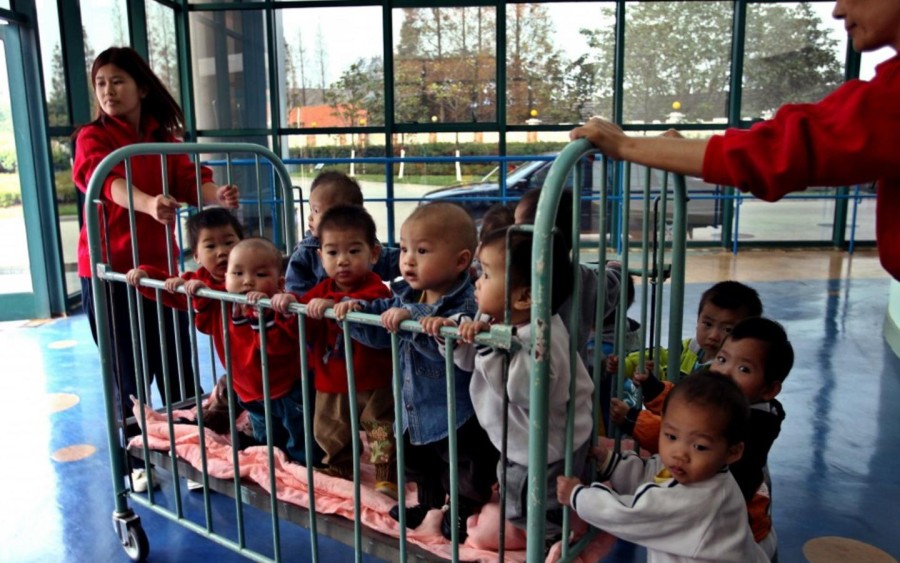 This week, adoption laws in China were eased for children who have been abandoned or involved in human trafficking. The new laws allow Chinese children to be adopted while authorities attempt to locate their birth parents. However, if the child’s parents or guardians are eventually found, the adoptive parents must return the child to them. Last year, Chinese officials rescued 13,000 abandoned children. Prior to this new ruling, children who were victims of abandonment or trafficking were not allowed to be adopted while officials were trying to look for their parents.

On Thursday, scientists announced that they have produced technology that could be used to construct invisibility cloaks. A research team unveiled a test cloak that is made from minuscule gold blocks that camouflage to whatever it is placed on top of, allowing an object to appear invisible under light. The testing has only been done with very small items. However, scientists believe that with some adjustments, the cloak will be able to disguise larger objects and make them “disappear.” Unfortunately, the public will have to wait at least another decade for the invisibility technology to be refined

On Monday, Mount Aso, a volcano located on the southern Japanese island of Kyushu, erupted. Smoke from the volcano rose almost 2,000 meters into the sky. Authorities say that residents have been evacuated from the area near the volcano and there have been no reports of injuries or damage to property.

The federal government was unsuccessful in its appeal to ban niqabs from Canadian citizenship ceremonies. The debate over the niqab began in 2008, when Zunera Ishaq moved from Pakistan to Ontario. Ishaq is a devout Muslim and she refused to follow the government’s policy and did not remove her niqab for the citizenship oath ceremony.

On Tuesday, the Federal Court of Appeal struck down an earlier appeal of a previous court ruling that banned the niqab and other face coverings from citizenship ceremonies. Ishaq, who was joined by supporters, celebrated the decision. “Now I am going to be the Canadian citizen, and I will be enjoying the full rights in Canada as well, so very lucky for me,” she told the CBC. However, the Conservatives plan to reintroduce the niqab ban if re-elected.