This week, giant jellyfish are invading Britain’s beaches; Mexico legalizes same-sex marriage; animal rights groups are putting pressure on Chinese officials to stop the slaughter of dogs at the Yulin Dog Festival; and a tragic shooting at a historic African American Church in South Carolina has left nine people dead. 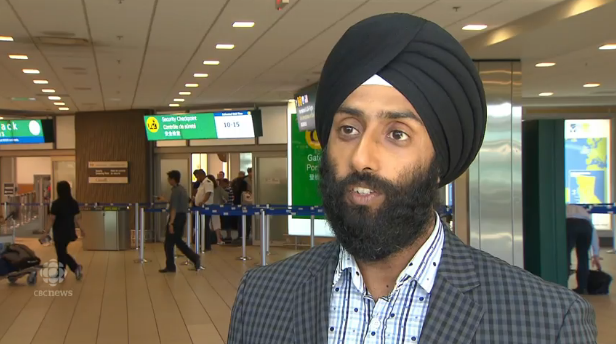 In April, Canadian airports started to make passengers wearing religious head coverings (such as turbans and burqas) to undergo a secondary security search for explosive materials. Several Sikh-Canadians and organizations voiced their opinions on the ruling via social media, arguing that it was a discriminatory decision. Less than 24 hours later, federal Transport Minister Lisa Raiit reversed the ruling by ordering the Canadian Air Transport Security Authority to end the secondary security searches. 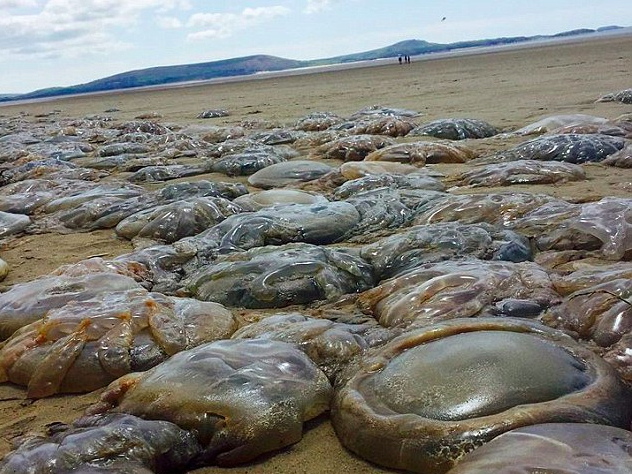 Britain’s beaches are getting some pretty interesting visitors. Thousands of giant barrel jellyfish have washed up on the nation’s south west coast making beach goers wary of the alien looking animals. Marine experts say that while the jellyfish are generally harmless, more of them are expected to wash up on the shore within the next few weeks. The warm weather has led to higher rates of mating, resulting in the sudden boom of jellyfish appearing on Britain’s shores. The creatures can grow up to 35 inches in diameter and are the largest species found in southwest England. 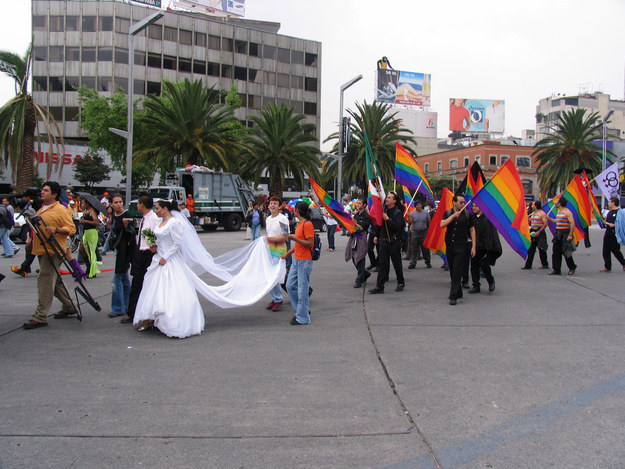 The Supreme Court of Justice in Mexico has made a historic move to legalize same-sex marriage across the entire nation. Before this landmark decision, there were only three jurisdictions in Mexico that allowed same sex marriage. The remaining states had norms in place that determined that the purpose of marriage was to procreate. The newly established law declares that those norms are now unconstitutional because allowing only heterosexual couples to marry discriminates against members of Mexico’s LGBT communities. 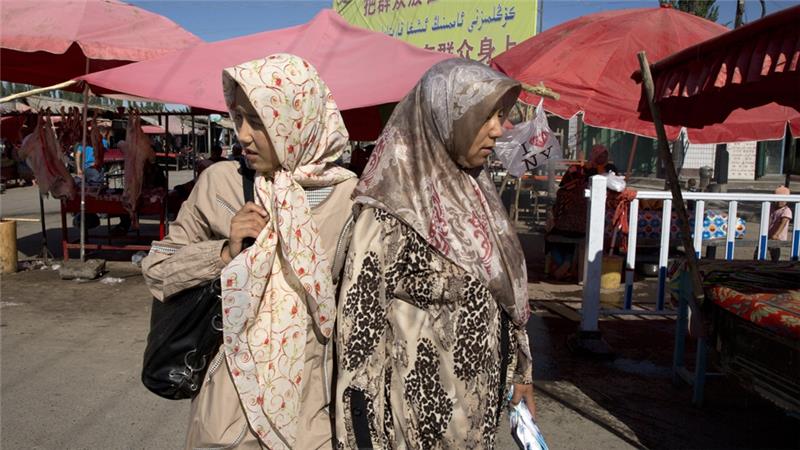 Civil servants, students and teachers in China’s Muslim Xinjiang region have been banned from fasting during Ramadan. Most of Xinjiang’s residents belong to China’s Muslim Uigher population. The Chinese government is officially atheist and attempts to ban fasting amongst Uigher Muslims every Ramadan. China has continuously placed restrictions on Muslims in the country, leading to violent ethnic tensions. However, the Chinese government justifies its decision, claiming it faces a “terrorist threat” in Xinjiang because of “religious extremism” in the predominantly Muslim region of the country. “China’s goal in prohibiting fasting is to forcibly move Uighurs away from their Muslim culture during Ramadan. Policies that prohibit religious fasting is a provocation and will only lead to instability and conflict,” said Dilxat Rexit, a spokesman for the World Uigher Congress.

5. Movie theatre ceiling collapses on 300 people in the Philippines 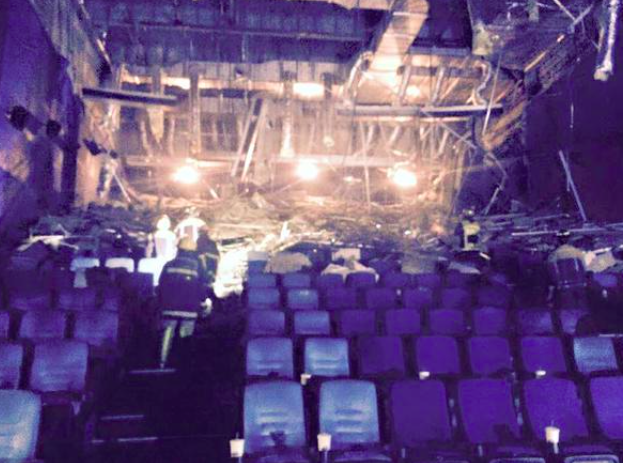 The ceiling of a movie theatre collapsed on 300 people in the Philippines. Dreamscape Network was renting the room for a film event, when the ceiling began to fall in. Video of the incident shows water pouring from the room before it collapsed onto the theatregoers. Six people were rushed to hospital, but so far no casualties have been reported. Severe storms are believed to have caused the incident. 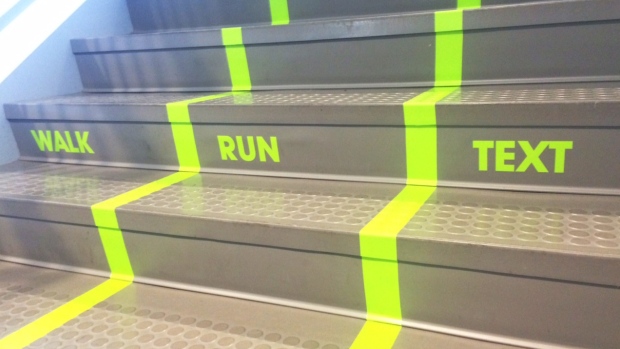 A Utah University has implemented “cellphone lanes” for students who are using their mobile phones and walking at the same time. The lanes will be drawn on to all staircases at Utah Valley University to prevent injuries related to “distracted walking.” Matt Bambrough is the creative director at the university and he hopes that the new cellphone lanes will get students to engage in discussion about how technology is impacting our every day tasks. “You have 18 to 24 year olds walking down the hall with smartphones, you’re almost bound to run into someone somewhere; it’s something we’re dealing with in this day and age,” he stated in a press release.

7. Hundreds of zoo animals escape during massive flood in Georgia 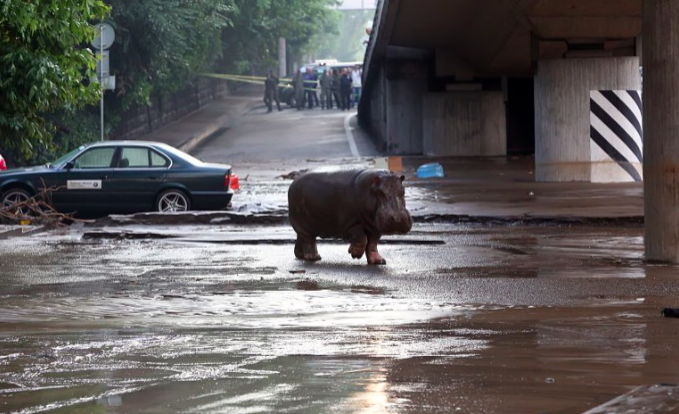 Hundreds of animals have escaped the local zoo in Tbilisi, Georgia, due to extreme flooding in the European city. On Wednesday, police shot and killed a white tiger that was roaming the streets after it mauled a man to death. Following the attack, Georgian Prime Minister Irakli Garibashvili issued an apology to the public after he misleadingly declared that the streets were safe because all the dangerous animals from the zoo had been captured. The impact of the flooding has killed 19 people and about 600 zoo animals. Roads have been completely washed out and hillsides have also collapsed. Rescue efforts are proving to be difficult as thick mud and debris are hindering progress. 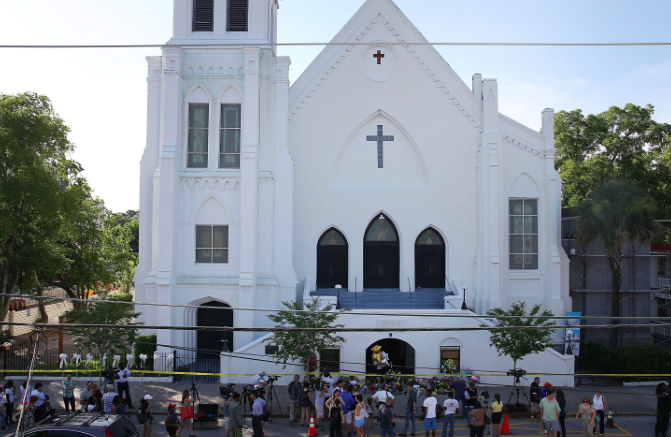 Nine people are dead after a gunman opened fire on churchgoers attending a bible study at a historic African American church in Charleston, South Carolina. Thirteen people gathered at the Emanuel African Methodist Episcopal church for Bible study meeting on Wednesday evening. Among the group was one stranger, who also happened to be the gunman. Dylann Roof, has been identified as the shooter. The 21-year-old was arrested early Thursday morning.

The nine victims were all prominent members of the African-American community in Charleston. They were dedicated churchgoers and are remembered for their community work.

“We don’t have all the facts, but we do know that, once again, innocent people were killed in part because someone who wanted to inflict harm had no trouble getting their hands on a gun,” President Obama said at the White House on Thursday. 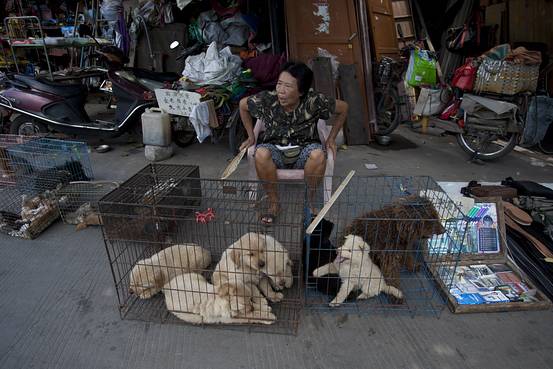 While locals in China’s Guangxi region are getting ready for the annual Yulin Dog Eating Festival, animal rights groups are busy calling out the Chinese officials and festival organizers for the animal cruelty involved with the event. Animals Asia, a Hong Kong based advocacy group, said that within the past two weeks, 70,000 people have signed a petition asking China’s meat traders to not attend the event. Raise UR Paw, a Canadian organization, said that as of June 15 its letter to Chinese President Xi Jinping on the petition website change.org had received more than 340,000 signatures.

Celebrities have also supported the ban of the festival, using the hashtag #StopYulin2015 on social media. Almost 10,000 dogs are slaughtered at the festival each year.