A mass shooting in San Bernardo, California, has left 14 dead and 17 injured. The attack took place on Wednesday at Inland Regional Centre where staff with the county health department were celebrating at a holiday party. The shooters have been identified as Syed Farook and his wife Tashfeen Malik. Farook was an employee with the health department and was attending the party. He stepped out and returned to the event with Malik and they shot nearly 75 rounds at the crowd. The suspects fled the scene in their black SUV.

Police spotted the vehicle and a chase ensued. Farook and Malik were killed by law enforcement in a shootout. On Thursday, U.S. intelligence officials announced that Farook and his wife had been in contact with Islamic extremists via social media. However, investigators have not confirmed whether the shooting was terrorism or motivated by workplace conflict. 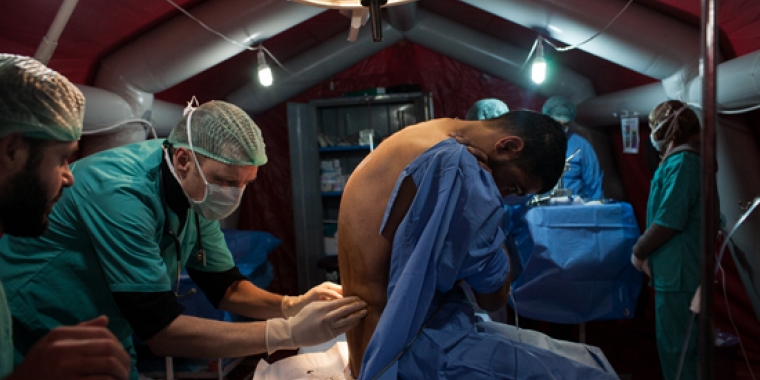 At least two people have been killed after two missiles struck a Doctors Without Borders hospital located in the town of Erbin, Syria. Seven people, including two medics, were injured during the strike. “We were just starting to treat the first influx of wounded when suddenly other missiles hit in front of the hospital. It took us a moment to realize that two of our colleagues who had been assisting the wounded at the entrance were severely injured. A dramatic situation suddenly became doubly dramatic,” said the director of the hospital who wishes to remain anonymous, according to Doctors Without Borders.

Twelve people were killed after an explosion targeting a bus carrying Tunisian presidential guards went off on Tuesday in the country’s capital of Tunis. The attack prompted a state of emergency to be called by Tunisian president Beji Caid Essebsi who referred to the explosions as a “terrorist act.”

Pakistan has hanged 4 men for involvement in the attack on the school in Peshawar almost a year ago. https://t.co/qmkGLtoEch

Four men involved with the school massacre that left 151 dead in Peshawar, Pakistan, last December have been executed. Hazrat Ali, Mujeeb ur Rehman, Sabeel, and Abdus Salam were convicted in August. The men were all affiliated with the Toheedwal Jihad Group (TWG). The executions were confirmed by security sources in the city of Kohat, where the men were hanged.

5. UK launches airstrikes against against Islamic State in Syria

UK MPs have voted to back airstrikes against the Islamic State in Syria. In a 397 to 223 vote, lawmakers reached a majority decision to follow through with the airstrikes. According to BBC, four Tornado jets took off from RAF Akrotir in Cyrpus after the vote was decided. “We do need to have a moderate opposition in Syria that can be part of the future government,” Britain’s prime minister David Cameron said in a statement, according to BBC.

At least 337 sei whales have been beached on the shores of the southern Chilean coast. The mass stranding is being called one of the largest to ever occur. Biologist Vreni Haussermann discovered the whales with his colleagues in June, and they have been collecting samples of the animals ever since. There were a total of 305 bodies and 35 skeletons counted using ariel and satellite technology. The cause for the beaching remains unknown but scientists believe humans played no part. 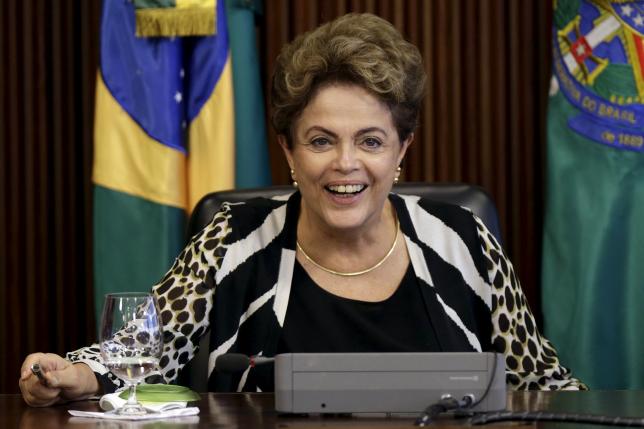 Impeachment proceedings against Brazil’s president Dilma Rousseff began in the nation’s lower house of Congress on Thursday. The impeachment campaign comes after allegations that Rousseff was involved in corruption while managing last year’s budget. Two-thirds of Brazil’s lower house must agree with the impeachment bid before it is carried out.

More than 100 dinosaur footprints found on the Isle of Skye https://t.co/pXh16BD2dl pic.twitter.com/MkUYjQKiRX

The largest ever dinosaur fossil site has been discovered in Scotland. Hundreds of dinosaur footprints were found buried in at least three layers of rock on the Isle of Skye. The prints are nearly 161 million years old, dating back to the Middle Jurassic period. The tracks also reveal new information about sauropod dinosaurs and their preferred living environment. According to scientists studying the prints and the area where they were found, sauropods were fans of wet environments such as lagoons and marshlands.

World leaders and delegates gathered in Paris on Nov.30 for the two-week United Nations climate summit (also known as COP 21). The purpose of COP 21 is for nations to commit to a global legally binding agreement on reducing climate change. Key players in the agreements include the U.S., China, Japan, and Europe as they are some of the world’s largest emitters of greenhouse gas emissions.

Prime Minister Justin Trudeau addressed delegates at the conference, reassuring them that Canada is “here to help.” He also acknowledged that much needs to be done for Canada to meet its own emissions targets. “We know that we have work to do, which is why we started the work of getting together even before coming to Paris — all premiers and I made serious commitments about taking the kind of action Canadians expect.”