On Thursday, 12 arrests were made in connection to the explosion at a chemical warehouse in Tianjin, China, that killed 139 people and injured 500 earlier this month. The individuals arrested include Yu Xuewei, the chairman of Ruihai Logisitics, the company’s vice president Dong Shexuan and three of the company’s deputy general managers. Ruihai Logistics owned the warehouse where the explosion occurred.

Yu revealed in an interview that he used personal connections to avoid following safety regulations that were supposed to be met by the chemical facility. Dong also revealed that his father, who was a police chief in Tianjin, helped Yu cover up his tracks. “My connections cover police and fire, and Yu Xuewei’s connections cover work safety, port management, customs, maritime affairs, environmental protection,” Dong told China’s state run media outlet Xinhua.

2. Women allowed to vote in Saudi Arabia for the first time in nation’s history 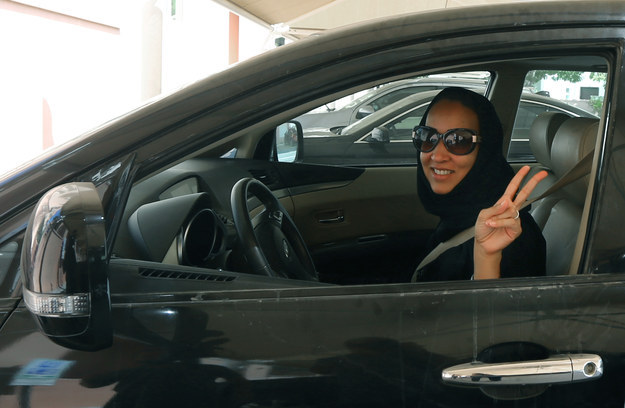 For the time in history, women in Saudi Arabia will be allowed to vote and run for office in the nation’s upcoming municipal elections. Approximately 70 women are running as candidates in the December 2015 election and nearly 80 women have registered to be campaign managers. “I think there is the realization from different groups, including the conservative groups, that what happened in the past, where their voice was the only representative in society, would no longer continue,” Fawzia Abu Khalid, a political sociologist at King Saud University in Riyadh, told Al Jazeera.

3. Nearly 50 dead refugees found in the back of a truck in Austria

The bodies of an estimated 50 refugees have been found in a truck parked near a highway in Burgenland State, Austria. Although officials have not come out with an official body count, they have confirmed that the deceased were in the vehicle for at least a few days, as their bodies were starting to decompose. “One can maybe assume that the deaths occurred one and a half to two days ago,” said Hans Peter Doskozil, police chief in the province of Burgenland.

Doskozil also went on to say that there is a strong chance that the refugees were killed before they were put into the truck. The vehicle was found on Wednesday, when a highway patrol officer noticed an odd smell coming from it. “When [authorities] checked they found it had no driver and blood was dripping out of the vehicle and there was a smell of dead bodies,” said Helmut Marban, the press officer for Burgenden highway patrol.

On Thursday, Nigeria marked 500 days since militant group Boko Haram kidnapped over 200 schoolgirls from their government school in Chibok. The militants captured 276 girls from their school on April 14, 2014. Only 57 of the girls were able to escape from their captors but the rest of the students remain missing. According to Boko Haram leader Abubakar Shekau, the girls have been married off and converted to Islam.

Nigerians took to the streets to march for justice for the girls who still have not been found. However, many of the girls’ family members are growing wary that they will never return home. “There is no progress report, no briefing from the government. Nothing,” said Allen Manassah, an uncle of one of the missing students. “That is adding to the pains of these parents. And it’s a difficult moment for me each time I look into their faces to tell them I don’t have a solution for their pain, I don’t have any updates. The only thing is to beg them to be patient.”

ISIS has destroyed an ancient Syrian temple in the UNESCO World heritage city of Palmyra. In May 2015, ISIS militants took over Palmyra, stealing and destroying the historic city’s artifacts and relics. On Sunday, the Syrian Observatory for Human Rights announced that militants destroyed the ruins of the Baalshemin temple using explosives.

According to Syrian antiquities chief Maamoun Abdulkarim, the destruction took place on Sunday. “[ISIS] placed a large quantity of explosives in the temple of Baal Shamin today and then blew it up, causing much damage to the temple,” Abdulkarim told AFP. Irina Bokova, the director-general of UNESCO, called the loss of the temple, “a new war crime and an immense loss for the Syrian people and for humanity.”

Archaeologists in Greece have unearthed the ruins of a palace dating back to the Mycenaean Age. It is believed that the palace was built around 17th century BC near Sparta. Archeological digs have been taking place in the area since 2009 and a number of relics and ancient artifacts have been discovered at the site. During the recent dig, archeologists found religious relics, clay figurines, weapons and pieces of murals.

The palace itself is believed to have been quite large, with 10 rooms. Greece’s culture ministry says this latest discovery will establish more opportunities for research on the, “political, administrative, economic and societal organization of the region” and provide “new information on the beliefs and language systems of the Mycenaean people.”

Tropical Storm Erika has killed four people on the eastern Caribbean island of Dominica. The storm’s powerful rains flooded the island, resulting in landslides, which has killed four people. Authorities say that 20 people have also been reported as missing. Power systems have been knocked out, leaving 80 per cent of the island without electricity and water supplies have been shut down. “The capital city is a wreck,” policewoman Teesha Alfred told the Associated Press. “It is a sight to behold. It’s a disaster.” Meteorologists predict that the storm will hit Florida by Monday.

This week, China’s stocks plummeted as the nation experienced their biggest financial loss since 1996. Chinese shares fell nearly seven per cent, falling below the 3,000 levels for the first time in nearly a year. The Chinese central bank cut interests rates for the fifth time in nine months shortly after the market closed on Tuesday night. The benchmark rate for a one-year loan was decreased from 4.85 per cent to 4.6 per cent. “It’s panic selling and an issue of confidence,” Wei Wei, an analyst at Huaxi Securities Co. in Shanghai, told Bloomberg Business. “The government won’t step in to rescue the market again as it’s a global sell-off and it’s spreading everywhere now. It’s not going to work this time.”

9. Two journalists shot and killed live on air in Virginia

We love you, Alison and Adam. pic.twitter.com/hLSzQi06XE

Two Virginia journalists were shot and killed live on air while filming a news report early Wednesday morning. Reporter Alison Parker, 24, and cameraman Adam Ward, 27, were filming a segment on Smith Mountain Lake. A few minutes into recording, a gunman opened fire live on air, shooting at Parker, Ward and the interviewee, Vicki Gardner. Parker and Ward succumbed to their injuries and died on scene. Gardner was sent to hospital and is in stable condition after receiving emergency surgery.

The shooter was a man named Vester Flanagan who worked at the same station as Parker and Ward. Flanagan, who also went by the name Bryce Williams, was using social media throughout the incident and posted a video of him shooting the victims onto Twitter and Facebook. Police were able to track Flanagan down, but he shot himself and later died in hospital. Colleagues, friends, family and the general public have mourned the loss of Parker and Ward. The shooting has also sparked the controversial debate about gun laws in America.

We made this video to celebrate all you’ve done to help our community connect one billion people in a single day. It’s an amazing milestone. I hope you enjoy.

On Monday, for the first time ever, one billion people used Facebook. Meaning one out of every seven people on the planet logged in and were active on the social network at some point.

Mark Zuckerberg posted the following on his own Facebook page:

We just passed an important milestone. For the first time ever, one billion people used Facebook in a single day.

On Monday, 1 in 7 people on Earth used Facebook to connect with their friends and family.

When we talk about our financials, we use average numbers, but this is different. This was the first time we reached this milestone, and it’s just the beginning of connecting the whole world.

I’m so proud of our community for the progress we’ve made. Our community stands for giving every person a voice, for promoting understanding and for including everyone in the opportunities of our modern world.

A more open and connected world is a better world. It brings stronger relationships with those you love, a stronger economy with more opportunities, and a stronger society that reflects all of our values.

Thank you for being part of our community and for everything you’ve done to help us reach this milestone. I’m looking forward to seeing what we accomplish together.