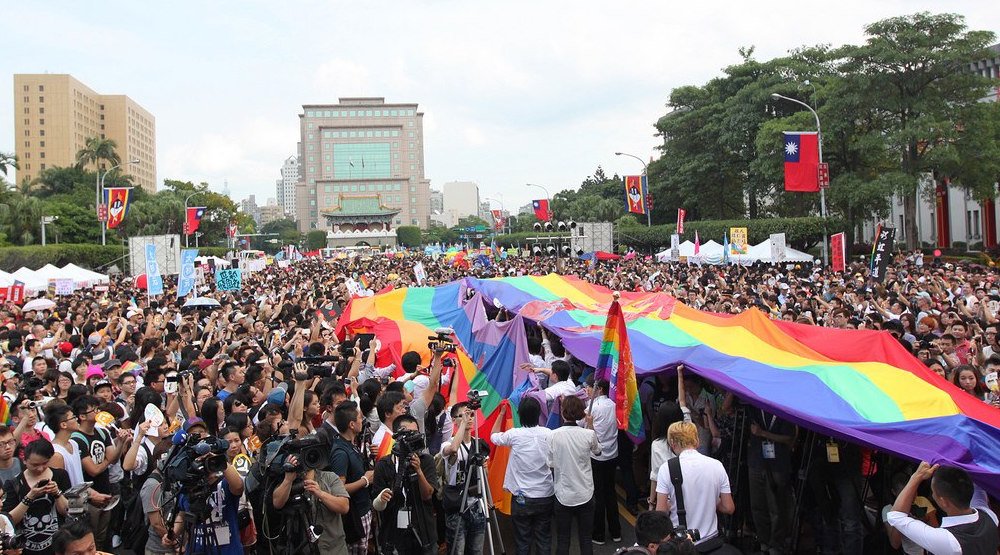 National Geographic’s iconic green-eyed ‘Afghan Girl’ was arrested in Pakistan for having a fake Pakistani identity card. According to Shahid Ilyas from Pakistan’s Federal Investigation, the police arrested Sharbat Gula on Wednesday during a raid at a home in Peshawar.

Gula was an Afghan refugee girl when she was photographed by journalist Steve McCurry. Gula’s piercing green eyes captured the world’s attention when she was on the cover of National Geographic in 1984.

Women in Iceland come together to fight for equality, shouting OUT #kvennafrí #womensrights pic.twitter.com/vTPFwfSoVk

On Monday, thousands of women across Iceland left work at 2:38 pm in protest against the nation’s gender pay gap. The annual event has taken place since 1975 in order to raise awareness about the pay gap between men and women. According to the Global Gender Gap report published by the World Economic Forum, it will take 170 years before there is global equality of pay between men and women.

3. Hillary Clinton calls on FBI to release information about emails

Hillary Clinton is asking the FBI to release any information about discovered emails that may be linked to her private server.

“If they’re going to be sending this kind of letter that is only going to Republican members of the House, they need to share whatever facts they claim to have with the American people,” she said. On Friday, the FBI notified Congress it was investigating whether classified information in new emails emerged in its probe of Clinton’s private server.

Tens of thousands take to the streets of Taiwan’s capital, Taipei, to participate in Asia’s biggest gay pride parade https://t.co/k4qwjzDGAo

Tens of thousands of people took to the streets in Taipei, Taiwan on Saturday to participate in Asia’s largest gay pride parade. Many of those in attendance were calling on the government to legalize same-sex marriage.

Taiwan is more liberal than most of Asia when it comes to LGBTQ rights, and efforts to legalize gay marriage could be accelerated following the recent death of a prominent gay professor. There is also growing support within the legislature to legalize same-sex marriage, and a draft bill has been created by the Ministry of Justice.

Worldwide populations of wildlife have plunged by 58% since 1970, according to the WWF’s Living Planet Report. The report indicates that 67% of the world’s wildlife will be lost by 2020.

“Take away species, and these ecosystems will collapse along with the clean air, water, food and climate services that they provide us,” said WWF’s Director General Marco Lambertini.

Spokesman says more than 90 migrants believed dead after their boat was damaged after leaving the Libyan coast. https://t.co/7VkuEWl0D1

At least 90 migrants died on Thursday when the boat they were travelling in disintegrated into the Meditteranean Sea, after leaving the Libyan coast. The rubber boat fell apart and started filling with water, according to Libyan navy spokesman Ayoub Gassim.

The Libyan Coast Guard saved 29 people but 90 perished in the accident. This year, the current death toll for migrants in the Mediterranean has reached 3,800, and 2016 has been the deadliest year for migrants thus far.

Phillippine President Rodrigo Duterte has promised to stop swearing because the voice of God told him to change his ways. In the past, Duterte’s rude outbursts have been aimed at Pope Francis and US President Barack Obama.

But on Thursday he told reporters that he heard the voice of the Almighty telling him to stop cussing or else a plane he was traveling on at them time would crash.

8. Personal information of over 500,000 leaked in data breach

The personal information and sexual history of 550,000 Australian blood donors was leaked online after an “unauthorized person” gained access to the Australian Red Cross blood service website. The data came from blood donors between 2010 and 2016 and included names, addresses, and dates of birth. This is Australia’s largest leak of personal data in history.

A FedEx plane caught on fire on Friday evening while landing at the Lauderdale-Hollywood International Airport in Florida. The plane was arriving from Memphis when the fire broke out. The fire was contained to the plane’s left wing and fuel tank. It was put out several minutes after it landed.