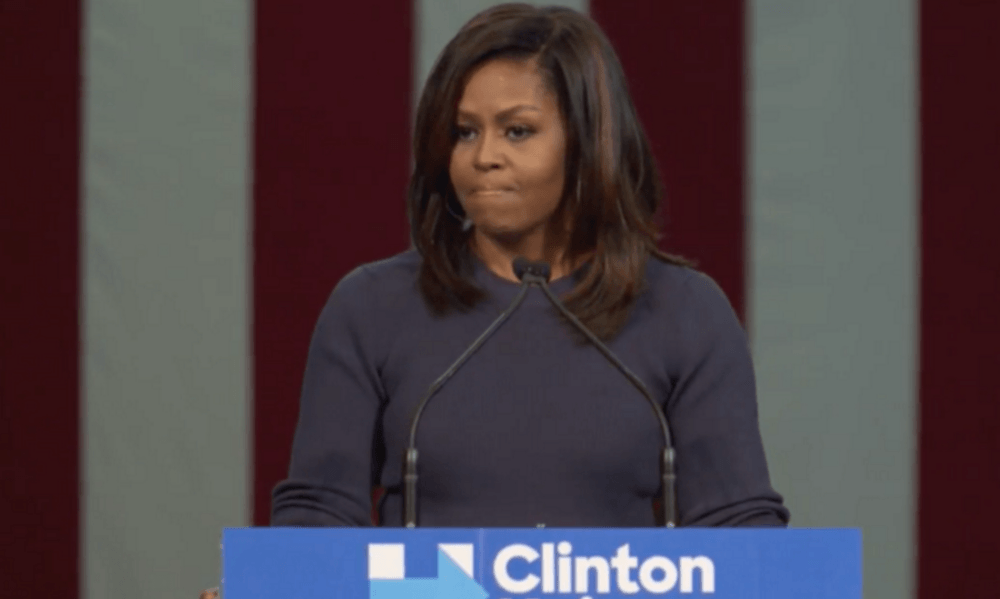 US first lady Michelle Obama delivered a speech on Thursday denouncing Republican presidential nominee Donald Trump for his “shocking” and “demeaning” comments about women. Obama was referring to video footage of Trump from 2005 in which he can be heard saying that he made sexually aggressive advances towards women.

“I can’t believe I’m saying a candidate for president of the United States has bragged about sexually assaulting women,” Obama said in her speech. In her address, the first lady never directly referred to Trump by name but was direct in pointing out his behaviour.

“This was not just a lewd conversation,” she said. “This wasn’t just locker room banter. This was a powerful individual speaking freely and openly about sexually predatory behaviour, and actually bragging about kissing and groping women, using language so obscene that many of us were worried about our children hearing it when we turned on the TV.”

Samsung halted production of the Galaxy Note 7 earlier this week  after a number of consumers have said their device caught fire due to battery issues. According to Samsung, the discontinuation of the phone will cost the company $3 billion during the current and next quarters. The total cost of the recall is expected to reach at least $5.3 billion.

Philippine President Rodrigo Duterte is preparing to sign a regulation this month that will ban smoking in public across the country. About 17 million people (one-third of the adult population) smoke in the Philippines. When Duterte signs the smoking ban regulation, the Philippines will have the toughest anti-tobacco laws in Southeast Asia.

Vladimir Zhirinovsky, a Russian ultra-nationalist ally of President Vladimir Putin, said this week that Americans should vote for Donald Trump as president next month or risk a nuclear war. In an interview with Reuters, Zhirinovsky said that Trump is the only leader who can de-escalate tensions between Moscow and Washington.

5. Bloodied Syrian girl calls out for father after airstrike

Heartbreaking footage of a young Syrian girl covered in blood, crying for her father after a rocket attack destroyed her family’s home in Syria on Monday, has been making rounds on the internet this week. In the video, the girl says that her name is Aya. She can be seen sobbing and covered in blood, as hospital staff attempt to comfort her. Aya goes on to describe how an airstrike caused the ceiling of her home to collapse. The Talbiseh Media Centre told CNN that the girl has since been reunited with her family.

Twenty-one Chibok schoolgirls who were kidnapped by Boko Haram extremists over two years ago in Nigeria have been freed. The girls are currently in the custody of Nigeria’s Department of State. The Nigerian government negotiated their release with Boko Haram. Approximately 197 girls remain missing.

American singer and poet Bob Dylan won the 2016 Nobel Prize in literature on Thursday. This is the first time that the award has been given to a musician. The Nobel Prize committee commended Dylan for “having created new poetic expressions within the great American song tradition.”

Thailand’s King Bhumibol Adulyadej died Friday at age 88. According to the Thai palace, King Bhumibol was suffering from deteriorating health. He was the world’s longest-serving monarch and was a beloved figure in Thailand.