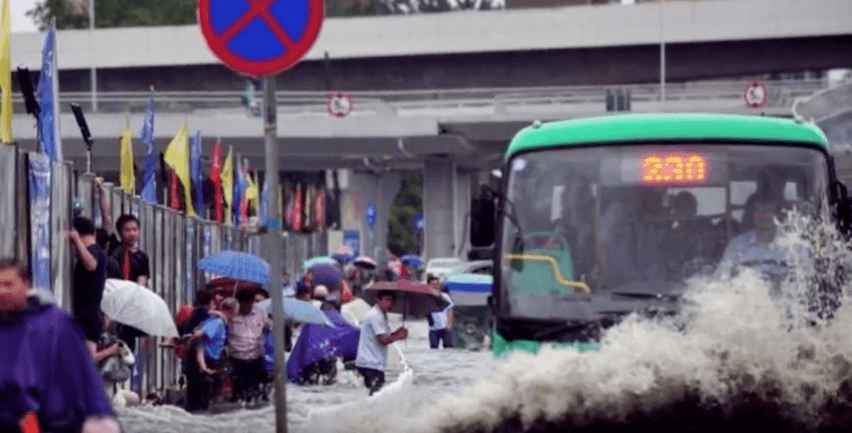 1. Police killings of black men prompt outrage, tensions in US

Police violence in the US has prompted outrage and tensions.

On Tuesday, police in Baton Rouge, Louisiana, shot and killed Alton Sterling. The 37-year-old black man was selling CDs outside a convenience store. The police shooting was caught on camera.

The following day, a second black man named Philandro Castile was shot and killed by an officer in Falcon Heights, Minnesota. He was pulled over during a traffic stop. The officer asked for Castile’s license and registration. Castile had a gun, but according to his girlfriend, Diamond Reynolds, he informed the officer he was licensed to carry. Reynolds, was able to film the entire incident and she streamed it live on Facebook.

The shootings have prompted outrage across the US and the world. Both incidents are being investigated by the U.S. Justice Department.

Five police were shot and killed during a peaceful protest in Dallas, Texas, on Thursday evening. The protest was organized in response to the police shootings of Alton Sterling in Louisiana and Philandro Castile in Minnesota. The shooter has been identified as Micah Johnson, a US military veteran. According to Dallas Police chief David O. Brown, Johnson said he was upset at white people and white police officers. Police have arrested three others but it is unclear as to how many shooters there were. This is the deadliest attack on law enforcement in the US since 9/11.

3. Hillary Clinton will not face charges in email probe

Hillary Clinton will not face criminal charges in her office’s use of a private email account while she was Secretary of State.

“Late this afternoon, I met with FBI Director James Comey and career prosecutors and agents who conducted the investigation of Secretary Hillary Clinton’s use of a personal email system during her time as Secretary of State,” said Attorney General Loretta Lynch on Wednesday. Clinton has repeatedly said that she never sent classified emails from the account. But the FBI investigation revealed that Clinton was “careless” and 110 emails from her server contained “classified” information.

Britain’s former prime minister Tony Blair was slammed by a 2.6-million-word inquiry into the UK’s involvement in the Iraq war. The report accused Blair of acting irresponsibly with the decision to forgo military action in Iraq.

“The UK chose to join the invasion of Iraq before the peaceful options for disarmament had been exhausted. Military action at that time was not a last resort,” said retired civil servant John Chilcot, who led the seven-year inquiry.

The report also pointed out that the UK did not plan any type of reconstruction program for Iraq after the war. “The people of Iraq have suffered greatly,” said Chilcot in response to the inquiry

At least 181 people are dead after heavy rainfall and flooding in central and eastern China. According to the China Meteorological Administration, the city of Wuhan has seen a record rainfall of 57.4 centimetres in a week. Nearly 170,000 people in the city have been evacuated and 80,000 are in shelters. According to BBC, 32 million people in 26 provinces across the country have been impacted by the flooding.

Oscar Pistorious, the former Olympic and Paralympic sprinter, was sentenced to six years in prison for the 2013 murder of his girlfriend Reeva Steenkamp. The case judge, Thokozile Masipa, said that long-term imprisonment would not “serve justice” and said Pistorious would be a good candidate for rehabilitation.

Over 40 people were sexually assaulted at two music festivals in Sweden last weekend. According to Swedish authorities, there were 32 reports of sexual assault at the Putte i Parken Music Festival. There were five reports of sexual assault and 12 reports of molestation at the three-day Bravalla Festival. Several men have been taken in for questioning. According to Swedish police, most of the victims were under 18 years old.

Astronomers have spotted a new planet that orbits three suns. The planet, known as HD 131399Ab, was discovered in a triple-star system.

“Our computer simulations have shown that this type of orbit can be stable, but if you change things around just a little bit, it can become unstable very quickly,” said Daniel Apai, a researcher at the University of Arizona. If someone were to visit the planet they would experience triple sunrises and sunsets that would last several decades.