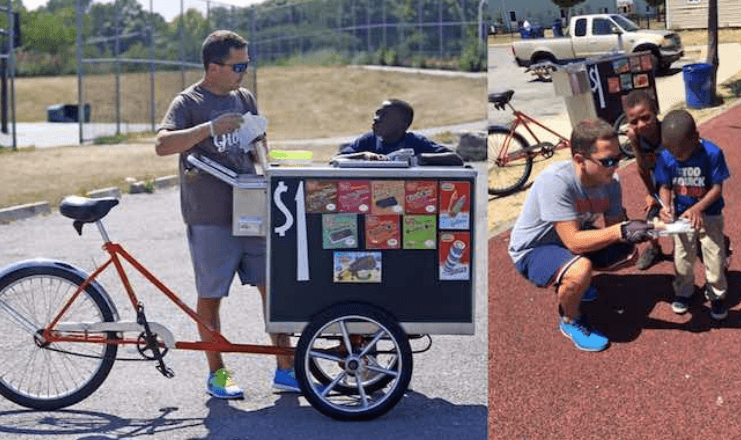 Children’s hospital using ‘Pokemon Go’ to get patients out of bed https://t.co/wjLb3lC6py

C.S. Mott’s Children’s Hospital in Ann Arbor, Michigan, is using the popular ‘Pokemon Go’ mobile app to help patients get out of bed and encourage them to interact with the other kids and staff.

J.J. Bouchard, the hospital’s digital media manager and certified child life specialist says the game motivating the young patients to be mobile and it helps take their mind of the daily stress of being in a hospital.

“It’s a fun way to encourage patients to be mobile,” Bouchard told USA Today. “This app is getting patients out of beds and moving around.”

James Karagiannis is no ordinary ice cream man. Instead of driving a truck, he travels… https://t.co/MZKC8mRj8k

James Karagiannis, also known as James the Ice Creamcycle Dude, is quite the celebrity in his hometown of Buffalo, New York. The 36-year-old runs a successful business that gives back to the community. He and his colleagues pedal around the city on three-wheeled bikes with ice cream carts in tow. They sell the frozen treats for only $1 and do most of their business in inner-city neigbourhoods. Just in case they come across a child who can’t afford ice cream, they keep a bunch of extras so they can give them out for free.

A trio of young men in their early 20s were heading home after a long day of playing the popular ‘Pokemon Go’ game on their phones. It was at about 3:30 am when they spotted a man stealing a car from a dealership. The men called 911 and proceeded to tail the truck in their car until the police caught up and arrested the driver. Police are crediting the men for their help with the case, which wouldn’t have happened if they had not been out playing ‘Pokemon Go.’

4. Baby boy reunited with family after attack in Nice

A baby boy went missing during last week’s truck attack in Nice, France. Yohlaine Ramasitera, a family friend of the baby’s parents, turned to Facebook to alert the public that the infant was missing. The message spread rapidly across the social network and eventually a local woman got in touch with Ramasitera to let her know that she found the baby and was keeping him safe in her home. The relieved family was reunited with their baby soon after.

Indian state plants 50 million saplings in a single day: Hundreds of thousands of people in India’s most popu… https://t.co/3AERnwLGO3

Over 800,000 people in India attempted to plant 50 million trees in 24 hours, trying to break a world record. The tree planting took place in the state of Uttar Pradesh and people from all walks of life gathered to try and make the world a greener place.

“The world has realized that serious efforts are needed to reduce carbon emissions to mitigate the effects of global climate change. Uttar Pradesh has made a beginning in this regard,” said the state’s Chief Minister Akhilesh Yadav.

Josh Coombes is making life a little brighter for those who are less fortunate. He has been giving free haircuts to the homeless around London for the past five years.

“It just happened one day. I had all my gear on me and I was walking past somebody who was homeless and it went from there, really. It was a lightbulb moment in my head and I was like this is an amazing way to connect with people,” Coombes told the Huffington Post. He is now trying to inspire other people to pass on random acts of kindness by using the #DoSomethingForNothing hashtag on social media.

7. Shelter dog is overjoyed to be adopted 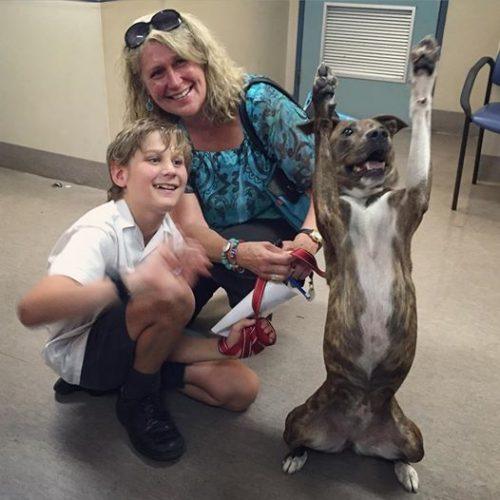 Coso the shelter dog was overjoyed when she found out she was going be to be adopted. There is even photo evidence that shows the pup ecstatic to have a new family. Coso was left at an animal shelter in Australia and was later taken in by the Lort Smith Animal hospital. Last weekend, a family came in and immediately fell in love with Coso and she now has a place to call home.

A heartbeat is something we often take for granted. But for Debbie Stoner getting, to hear her daughter’s heartbeat once again was a blessing.

Stoner’s daughter, Jade, was hit by a car and suffered serious brain damage when she was just seven-years-old. Jade passed away a few hours later after the accident.

Jade’s organs were donated and her heart immediately went to 10-month-old Nellie-Mai Evans, who suffered from cardio cardiomyopathy. Ten years have passed and Stoner and Evans have finally been able to meet. It was a beautiful moment as Stoner got to press her ear up to Nellie- Mai’s chest and hear Jade’s heart beat once again.

A mystery philanthropist is hiding $100 bills all around Salem, Oregon, and it is getting a lot of people excited. The unknown donor is nicknamed “Benny” because of the Benjamin Franklin who appears on the $100 bills. Residents have found the money all over town including in clothing pockets, candy bars, and baby wipes.