As we usher in the New Year, the crossover of news from 2014 to 2015 has been as eventful as ever. Asia, in particular, has not had an easy time; losing 162 people in an airplane crash, 36 in a stampede and more in floods in Malaysia. Meanwhile, new research stirs up old questions and probes into future solutions, and we look to the new year with optimism that it will be better than the last. 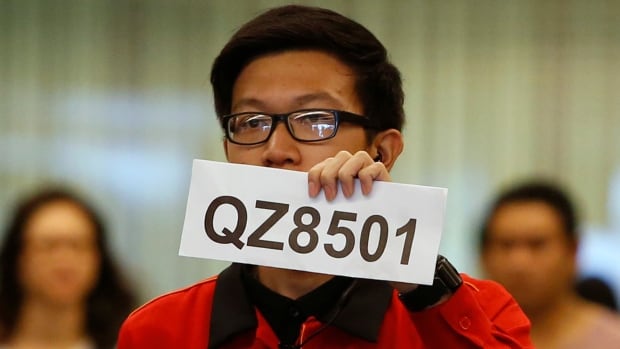 On 28 December, AirAsia Flight QZ8501 crashed in bad weather with 162 people aboard en route from Surabaya, Indonesia to Singapore. At first, the airline reported the plane as missing, but debris and human bodies were found two days later. To date, nine bodies have been recovered with the search still ongoing to locate more as well as the plane itself from the waters of the Java Sea. 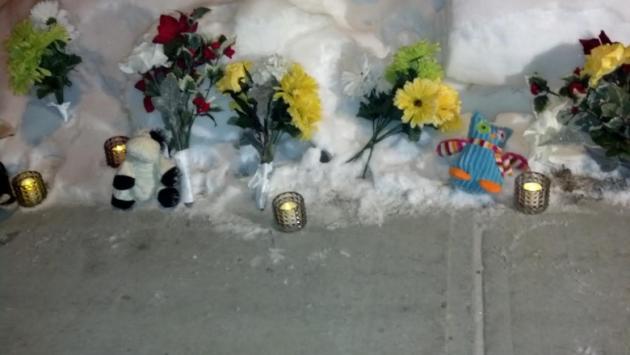 On Monday, six adults and two children were found shot dead by a 9mm handgun in two separate residences in Edmonton. The suspect was also found dead – by suicide – at a restaurant in nearby Fort Saskatchewan the following day, and has a criminal record dating back to 1987. “It appears to be an extreme case of domestic violence gone awry,” said police chief Rod Knecht.

New research suggests that the Mayan civilization collapsed due to a century-long drought, adding to growing evidence for the theory. Researchers analyzed minerals taken from Belize’s famous Blue Hole and nearby lagoons, which showed that an extreme drought took place between 800 AD and 900 AD – which is right when the Mayan civilization disintegrated. 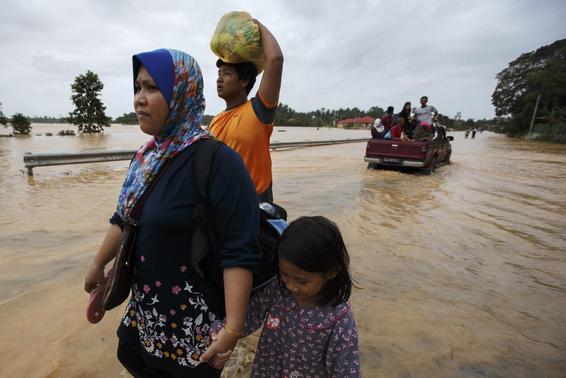 Over the last week, Malaysia has experienced the worst flooding in a decade, and parts of the country saw their highest level of rainfall since 1971. Nearly a quarter of a million people were forced to evacuate, with the Malaysian government coming under fire for their slow response and lack of urgency. To date, 21 people have been killed, with 15 more dead in neighbouring Thailand and 20 in the Philippines due to flash floods.

On Thursday, North Korean leader Kim Jong-un delivered a televised New Year message that sent a rare conciliatory signal offering “highest-level” talks with South Korea. He promised to “make every effort to advance dialogue and negotiations”, adding that the “tragic” division of the Korean peninsula should be healed, to which South Korea has responded positively. 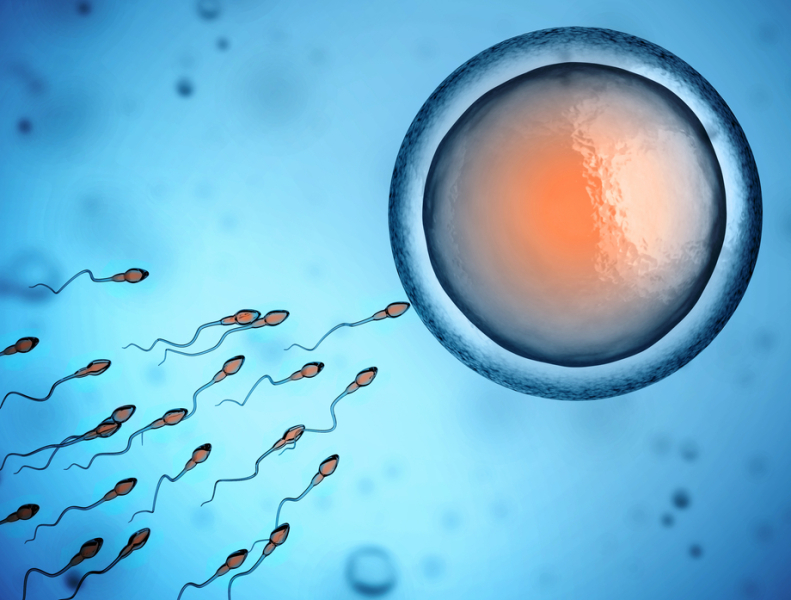 Published on Wednesday in the journal Cell, scientists from the University of Cambridge published their study showing that they were able to create artificial human sperm and eggs using human embryonic stem cells and skin cells. While the final products were not actually working sperm and eggs, they are “germ” cells that could mature and become viable for fertility. The research could potentially lead the way for more intensive research on human genetics and certain cancers, as well impact future fertility treatments.

On Wednesday, the Italian Coast Guard rescued a migrant ship carrying 768 people – mostly Syrians – including 40 children. The ship was abandoned after smugglers put their cargo ship on automatic pilot, heading straight for a crash into the Italian coast, and left the command. The Coast Guard officials said the migrants, arrived safely in Gallipoli, in Italy’s southeastern Puglia region, before dawn on Wednesday.

8. Study finds that cancer can also be tied to ‘bad luck’ 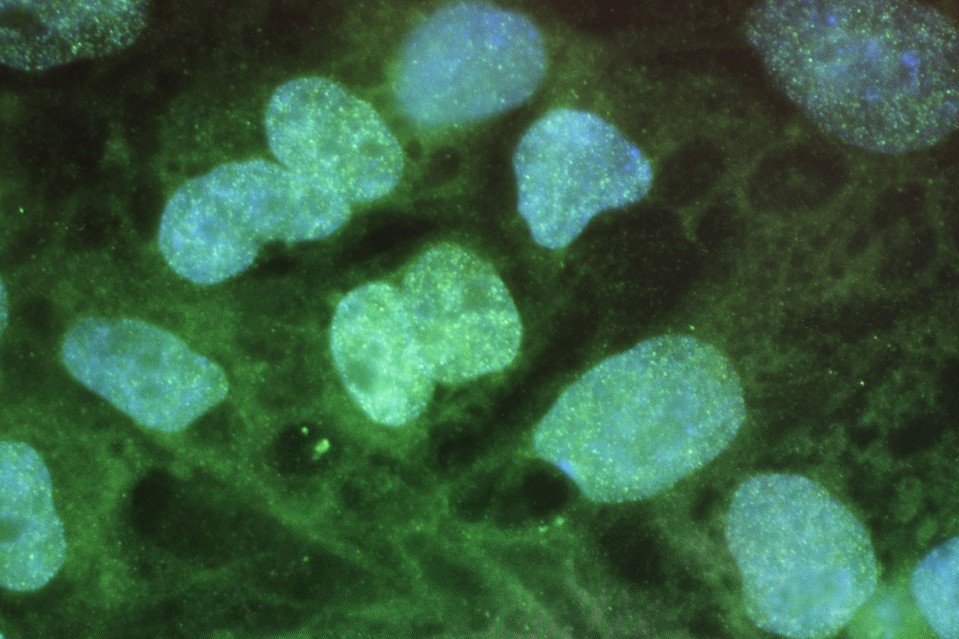 Published in the journal Science, researchers from the John Hopkins University School of Medicine have concluded that aside from poor lifestyle choices and inherited genes, the majority of our risk is due to bad luck when our cells divide. The genetic mutations that randomly crop up in our stem cells are “major contributors overall”, and this means that early detection cannot be curbed simply by making lifestyle changes – “it means screening, it means also new research for new ways to detect cancer earlier,” said Dr. Tomasetti. 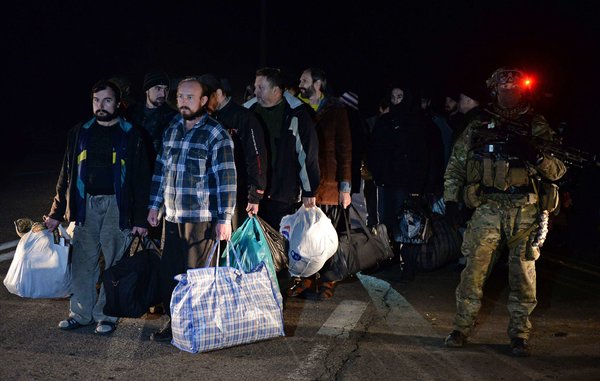 Last Friday, the Ukrainian government and separatists from the country’s southeast began swapping hundreds of prisoners of war in a rare sign of cooperation between the two sides. The exchange comes at a time where diplomacy has deteriorated, as peace talks involving Russia and the Organization for Security and Cooperation in Europe broke down in Minsk, Belarus. The prisoner exchange is the largest to date, and was one of the steps outlined in a peace plan written by President Petro O. Poroshenko of Ukraine in June.

Around 11.35pm on New Years Eve, a stampede broke out in Shanghai’s landmark waterfront area, leaving at least 47 people injured and 36 dead. Witnesses have described the crowd in the area as being packed “so tightly that people couldn’t move their arms or legs.” The exact cause of the stampede is still unknown, and Chinese President Xi Jinping has ordered an investigation into the event.