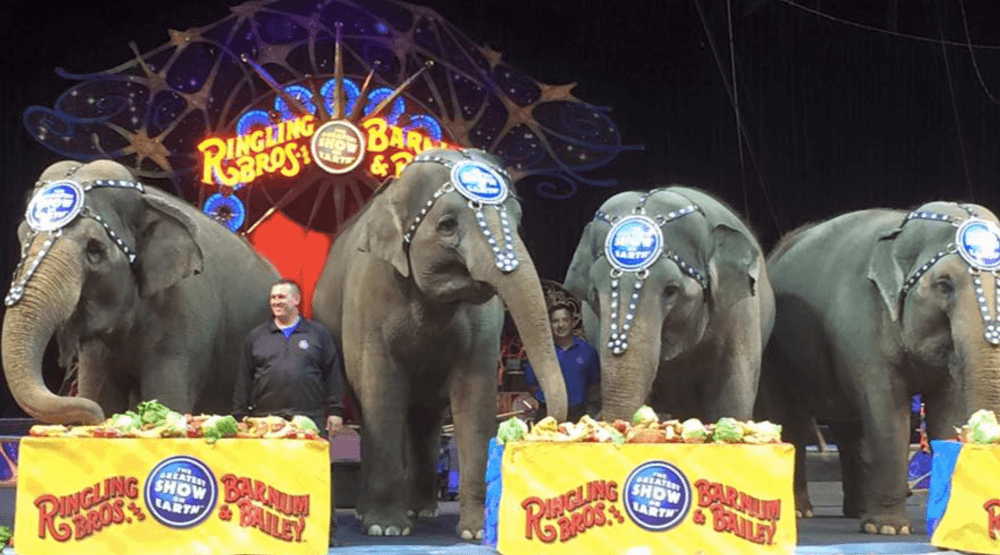 The Ringling Bros. and Barnum & Barnum Bailey Circus will be closing down forever in May (Facebook)

US President-elect Donald Trump held his first news conference in several months on Wednesday. During the conference, the Trump blasted BuzzFeed for publishing a document containing unverified information about Trump and his involvement with Russia.

Trump also got into an altercation with CNN reporter Jim Acosta, refusing his questions. He then went on to call CNN a “terrible” organization. “I’m not going to give you a question. You’re fake news,” Trump said to Acosta.

2. China detains 720 in attempt to crack down on pollution

China has detained 720 people and sent out $21.8 million in fines for breaking environmental laws in 2016, according to Xinhua news agency. The punishment comes as China is attempting to crack down on pollution. In 2016, Beijing also rejected 11 projects worth $14 million because of environmental concerns.

Iraq’s Mosul University has been fully liberated by government troops. The move comes as part as of a major operation to retake the city of Mosul, which is held by the Islamic State.

“The university was a base used by Daesh (Islamic State) militants. They used the labs and workshops here to build explosives, weapons and chemical devices. They also built drones here,” aid Iraqi forces commander Lt.-Gen. Abedelwahab al-Saadi, according to the Associated Press.

4. President of Ghana plagiarizes US presidents in inaugural speech

Ghana’s fourth president Nana Akufo-Addo gave his inauguration speech on Sunday, but media in attendance noticed something a little fishy about his presidential address. A reporter discovered that many parts of Akufo-Addo’s speech were copied from US presidential addresses, including lines from John F. Kennedy, Bill Clinton and George W. Bush.

The Ringling Bros. and Barnum & Barnum Bailey Circus will be closing down forever in May. Low attendance rates, high operating rates, and battles with animal rights groups are all factors in the closing.

“There isn’t any one thing,” said Kenneth Feld, chairman and CEO of Feld Entertainment. “This has been a very difficult decision for me and for the entire family.”

Dylan Roof, the 22-year-old white supremacist convicted of killing nine black people at a South Carolina church in 2015, has been sentenced to death. Last month, Roof was convicted of 33 federal charges.

During the sentencing, Roof told the judge and courtroom that he “felt like (he) had to do it” referring to opening fire on the church group. Roof did not show any emotion during the trial and told the jury he wouldn’t know “what good it would do anyway” if they chose to spare his life.

SpaceX launches rocket, its first since a different Falcon 9 caught fire and exploded in Florida https://t.co/5GdkDkC1BX

8. About 100 migrants missing after boat sinks near Libyan coast

About 100 passengers are missing in the Mediterranean Sea after the boat they were travelling on sank near the coast of Libya. According to the Italian coastguard, eight bodies have been recovered and four people have been found alive. The nationality of the migrants is not known.

On Tuesday, Justin Trudeau announced changes made to his cabinet ahead of Donald Trump’s upcoming inauguration. Trudeau announced that Chrystia Freeland, the former Minister of International Trade, will become the Minister of Foreign Affairs, replacing Stéphane Dion. A full list of the cabinet change can be found here.