Internet hackers, Islamist tensions and economics have dominated the news over the past few days across the world, making it another week of ups and downs. This week also marks 10 years since a deadly tsunami that swept through over a dozen countries killed hundreds and thousands of people, and serves as a reminder that some headlines will always stay with us. After major entertainment company Sony Pictures was hacked in what is being deemed the “worst cyberattack in US history”, last week the FBI announced it had conclusively tied North Korea to the attack. They said that the infrastructure used was similar to other malicious cyber activity directed at the US that had previously been used by North Korea. Despite the statement, the online community is still expressing doubt and continues to point fingers elsewhere. In addition, North Korea has experienced internet outages this week, raising tensions about possible American involvement. Backed by a company based in Hong Kong, Nicaragua revealed plans for a 280km long canal passing through Lake Nicaragua – Central America’s largest lake – on Monday. The $50bn canal would be three times longer than the Panama Canal and so far, the technicalities and environmental impacts have been kept secret. While it could signal a financial boom for the region, it is expected to displace 30,000 people. This week, 300 residents protested the project, resulting in 33 arrests and leaving 40 injured.

After the US Commerce Department announced that it estimated 5% growth in the third quarter (the strongest reading in 11 years), investor optimism skyrocketed and saw the Dow Jones Industrial Average smash past 18,000 on Tuesday. Combined with a dramatic pullback in oil prices, the booming American economy is experiencing a strong labour market with a large tax cut in the form of cheaper oil prices.

Using the UK’s Hadal-Lander diving vehicle, marine biologists from the University of Hawaii released this video last week showing the results of their deep sampling across the Mariana Trench. Their 30-day expedition aimed to characterize the animals, environments, ecological and geological processes in the deepest area of the ocean. In addition to beating other depth records, the team successfully reached the bottom of the Sirena deep at 10,545m. 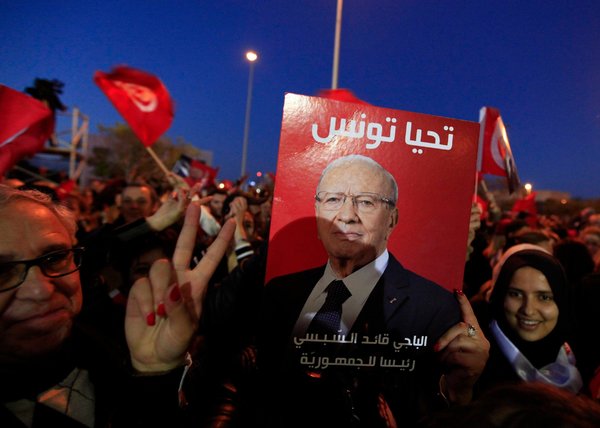 On Monday, Tunisia announced the winner of their run-off elections, Beji Caid Essebsi. In his victory speech, Mr. Essebsi said he promised “to work together without excluding anyone” and praised the people who died and participated in Tunisia’s 2011 revolution. Now, more than ever, Tunisia serves as a beacon of hope in the troubled region and amongst all the conflicted Muslim countries that took part in the Arab Spring. 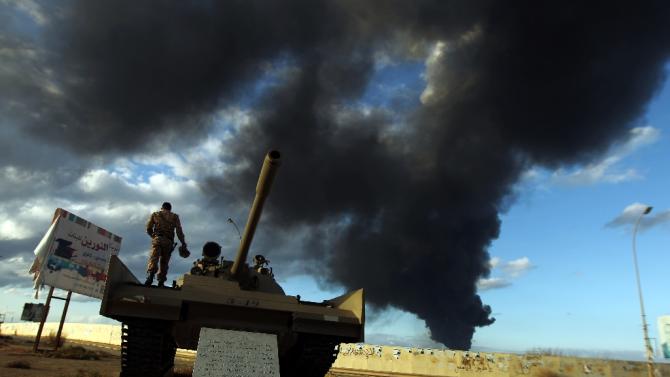 Earlier this week, Islamist militants unsuccessfully attempted to seize some of Libya’s oil terminals by firing rockets from speedboats at the al-Sidra port, causing one of the tanks to catch fire. Soldiers were able to destroy three of the vessels and repel the fighters. At the same time, clashes took place in Sirte, which have been erupting since December 13 and pro-government forces have lost several positions in Benghazi to Islamist militias in the past few days. The clashes left 22 soldiers dead and prompted an increase in oil prices in Asia on Friday.

On Thursday, astronomers announced that it had identified a new planet, HIP 116454 b using NASA’s Kepler spacecraft. It has been orbiting a star slightly smaller than the sun about 180 light-years from here. The planet is 2.5 times the size of earth, 12 times the mass and three-quarters of it could potentially be made up of water. However, it is too close to the sun to support any life as we know it.

On Saturday afternoon in Brooklyn, New York, two police officers sitting in their cars were killed at point-blank range by a man who had supposedly travelled from Baltimore with the purpose of killing police officers. The suspect, Ismaaiyl Brinsley, then committed suicide with the same gun. Seoul prosecutors have launched investigations into the leak of non-critical data from South Korea’s nuclear power operator. Last week, diagrams of the reactors, employee’s personal records, estimates of radiation exposure amongst residents and more were posted on Twitter, although there is no evidence yet that it was hacked. Worries about nuclear safety continue to increase, along with the threat of potential cyberattacks from North Korea.

Survivors and relatives of the 226,000 victims of the December 26 tsunami ten years ago gathered yesterday to pray and hold memorial services. The waves caused by the 9.15-magnitude earthquake hit more than a dozen countries and wiped out communities in seconds. Some places have still not yet recovered fully due to poor reconstruction, but almost $400 million has been spent over the past decade on early-warning systems.