This week, a migrant ship capsized off the coast of Libya, killing 800 people and a volcanic eruption in Chile has resulted in the evacuation of thousands from their homes. In some more positive news, the humpback whale could be removed from the endangered species list and woolly mammoths are possibly making a comeback!

1. Japanese passenger train is the fastest in the world reaching speeds up to 600 kilometres per hour

A Japanese maglev train hit speeds of 603 kilometers per hour on Tuesday and set a new world record. In 10.8 seconds the train traveled 1.8 kilometres, which is the length of 20 football fields. The train broke its own record from last week, when it reached 590 kilometers per hour. In both speed tests, the train was travelling on a test track in order to Japanese Railways to figure out a preferred operation speed for a route planned between Tokyo and Nagoya to begin service in 2027. Currently, the world’s fastest commercial train is in China, travelling 431 kilometres per hour to Shanghai.

2. Ship carrying migrants sinks off the coast of Libya killing 800 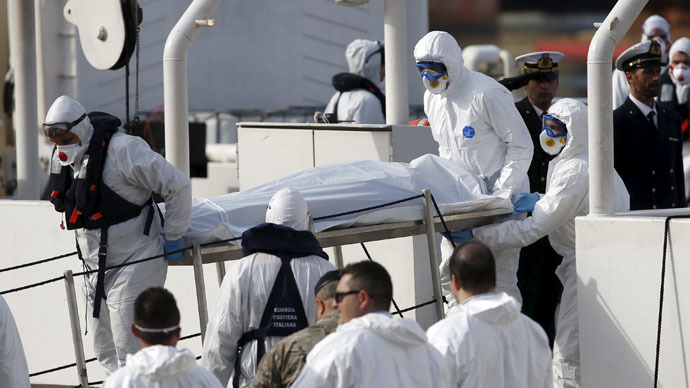 Only 24 bodies have been recovered from what is being considered the Mediterranean’s worst migrant disaster. Last weekend, a ship transporting migrants departed from Libya and capsized killing 800 people. The International Organization for Migration (IOM) has reported that the rate of migrant deaths in the Mediterranean this year is much high than last year. In 2014, a total of 3,279 migrants died. The death toll for 2015 could reach nearly 30,000 according to Joel Millman, the IOM spokesman.

3. Saskatchewan community in mourning after man takes lives of mother and her three children in horrific quadruple murder 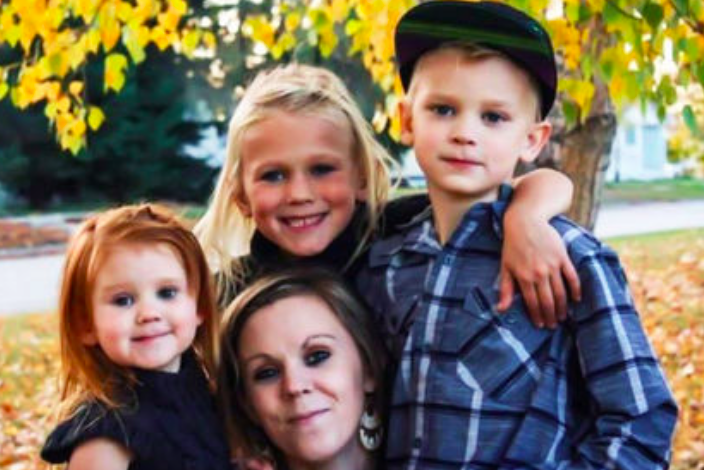 A six-month-old baby girl has been spared in the devastating quadruple murder of her mother and three siblings in Tisdale, Saskatchewan. Police found the bodies of Latasha Gosling, 27, and her three children, Janayah, 4, Jenika, 8, and Laden, 7, in their mobile home on Wednesday morning. The suspect has been identified as Steve O’Shaughnessy, Gosling’s boyfriend.

He was found dead in a home 135 km away from the original crime scene where Latasha and her children’s bodies were discovered. With O’Shaughnessy was an unharmed baby girl, who was Gosling’s fourth child. Gosling’s cousin, Tim Funk, has started an online fundraising page for the family in order to raise money for funeral costs. The left over money will go to a trust fund for Gosling’s baby girl who is now in the care of relatives.

4. Humpback whales could be taken off the endangered species list 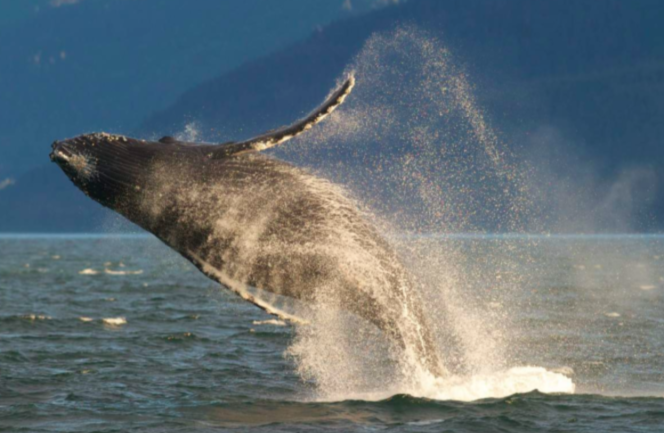 On Monday, the U.S. government proposed to remove the world’s humpback whale population from the endangered species list. The National Oceanic and Atmospheric Administration Fisheries hopes to reclassify humpback whales into 14 populations and remove 10 of those from the endangered species list. Under this strategy, two of the populations would be listed as threatened in Central America and in the Western North Pacific.

5. Rate of suicides amongst farmers in India increases as heavy rains and hail destroy crops 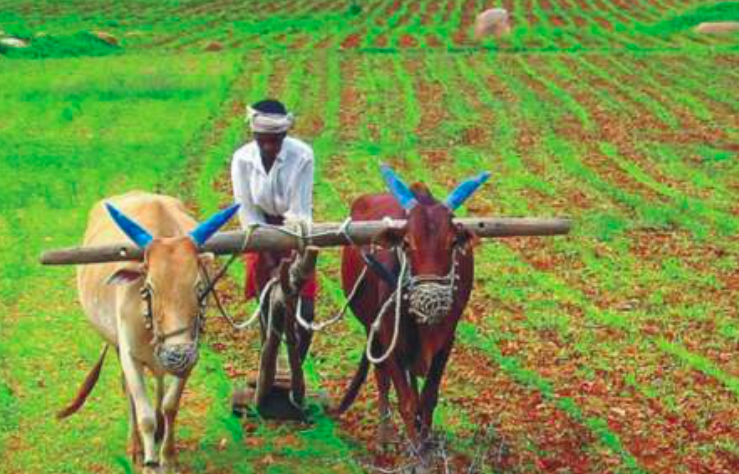 With heavy rains destroying crops in India, the impact on farmers in the country is taking a toll on their livelihood and their mental health. Since 1995, more than 300,000 famers in India have taken their own lives because of debts or bad harvests. This week, a farmer hung himself in front of hundreds of protesters at a rally in New Delhi. The protesters were gathered to show solidarity against the government’s reform on land purchasing laws.

The suicide was caught on television, as footage of Wednesday’s protest shows the farmer, a father of three, sitting in the branches of a tree before tying a scarf around his neck and hanging himself. The crowd and of protesters and media watched in fear. “At no point must the hardworking farmer think he is alone. We are all together in creating a better tomorrow for the farmers of India,” India’s Prime Minister Narendra Modi wrote on Twitter.

6. Chile’s Calbuco volcano erupts for the first time in over 40 years 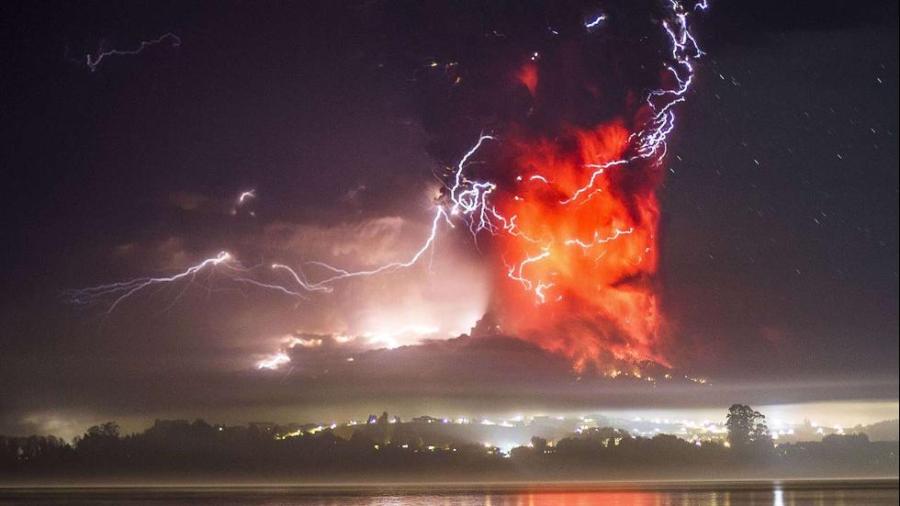 Two eruptions from Chile’s Calbuco volcano occurred on Wednesday, resulting in a huge cloud of smoke plumes and ash reaching 10 kilometres into the sky. On Thursday, another eruption brought a reddish orange colour to the sky and generated volcanic lightening. Authorities have evacuated people living within a 21-kilometer radius of the volcano as surrounding areas have been covered in ash. Most residents living on the foothills of the volcano have evacuated and there have been no reports of injuries or deaths. 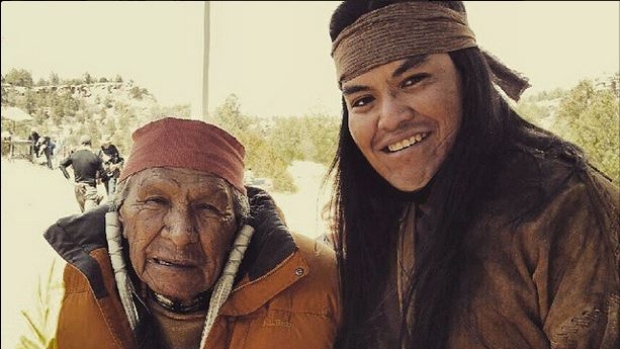 Several American Indian actors have walked off the set of an Adam Sandler movie, citing offensive stereotypes, disrespectful names and inaccurate portrayal of Native American religious practices as their reasons for quitting the job. Actor Loren Anthony told reporters that he and his fellow American Indian actors quit the filming of the comedy The Ridiculous Six after producers did not address the actors’ concerns over the inaccurate and offensive portrayal of Apache culture.

The film will be released on Netflix and the online streaming service said that the movie is a comedy meant to lampoon stereotypes. However, outgoing Navajo Nation President Ben Shelly disagreed stating, “Our Native American culture and tradition is no joking matter. I applaud these Navajo actors for their courage and conviction to walk off the set in protest.” 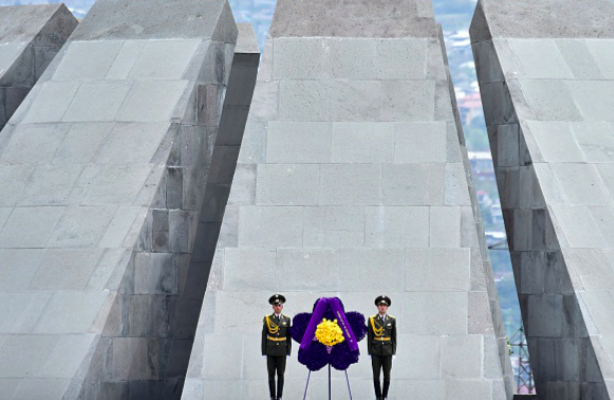 World leaders gathered on Friday at ceremonies commemorating the massacre of 1.5 million Armenians that took place 100 years ago. The killings began in 1915 at the hands of Ottoman Turks. Ottoman officials worried that Armenia would side with Russia, their enemies in World War I. Modern day historians view the event as genocide, but Turkey (the successor to the Ottoman Empire) does not. Armenian President Serge Sarkisian was hopeful that the recent efforts to recognized the mass killings as genocide will “dispel the darkness of 100 years of denial.”

9. Scientists complete genome sequencing for the Woolly Mammoth and researchers begin to work on possibly bringing the creature back to life 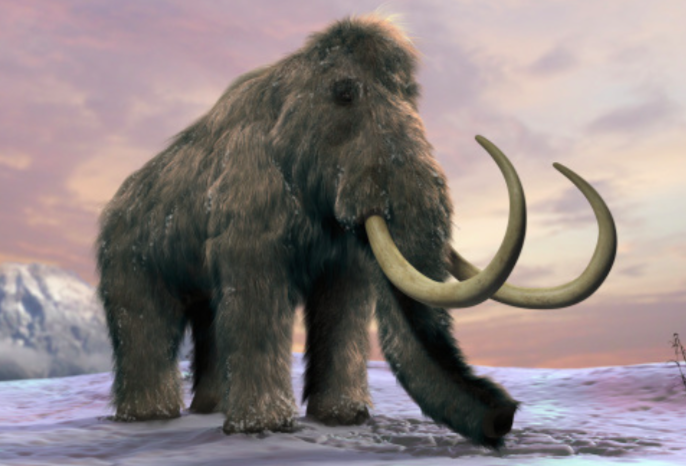 An international team of scientists has completed the sequence of the woolly mammoth genome. Dr. Love Dalén, at the Swedish Museum of Natural History in Stockholm, told BBC that the DNA sequence could help researchers and scientists trying to bring the animal back to life. “It would be a lot of fun (in principle) to see a living mammoth, to see how it behaves and how it moves,” he said. The international group of scientists collaborating with Dr. Dalén is not trying to resurrect the mammoth. However, an organization in San Francisco called the Long Now Foundation is. On its website, the foundation explains that it is trying “to produce new mammoths that are capable of repopulating the vast tracts of tundra and boreal forest in Eurasia and North America.”