That’s why each Wednesday we bring you a roundup of some of the biggest news stories about good things that happened around the world to help brighten your day. 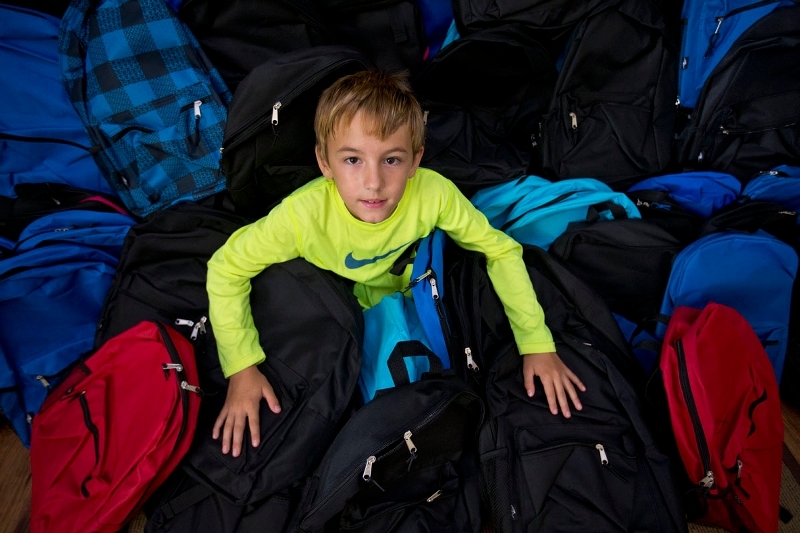 Ten-year-old Tyler Gilmore has been pretty busy during his summer vacation. Unlike most kids who take time to relax during the summer break, Gilmore has been gathering old bottles and cans to help buy backpacks and supplies for Edmonton’s homeless community. For the past few weeks, Gilmore has been routinely collecting bottles throughout his neighbourhood and ended up with enough bottles to fill the back of his family truck. The bottle depot offered him $200 for the returned items and with some extra donations, Gilmore has collected a total of $350 to help those in need. The money has allowed him to buy 50 backpacks, a pair of socks and hygiene supplies for each bag. Gilmore told reporters that collecting old bottles was a smelly project but overall he said the experience was, “quite fun.”

2. Stranger pays parking fine for mother with a sick child 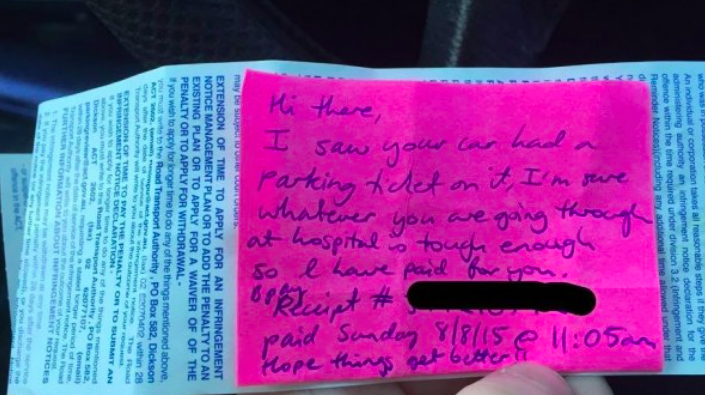 A random act of kindness has raised the spirits of one Australian mother who has been dealing with her baby’s illness in hospital. The woman and her son were discharged from the hospital when she noticed a parking ticket on her car. “After those days in hospital, a parking ticket was one more thing that I didn’t need,” the mother explained in a Facebook post. To her surprise, there was an envelope with a note in it attached to the ticket. She opened the envelope to find a note signed by a woman named Laura that read: “I saw your car had a parking ticket on it. I’m sure whatever you are going through at hospital is tough enough so I paid for you. Hope things get better.” The mother posted a photo of the note online and the image has since gone viral. “I hope that Laura sees this and knows how much I appreciate her support. Thank you so much,” the grateful parent wrote on Facebook.

3. After teens insult old man’s house, community gathers to give his home a makeover 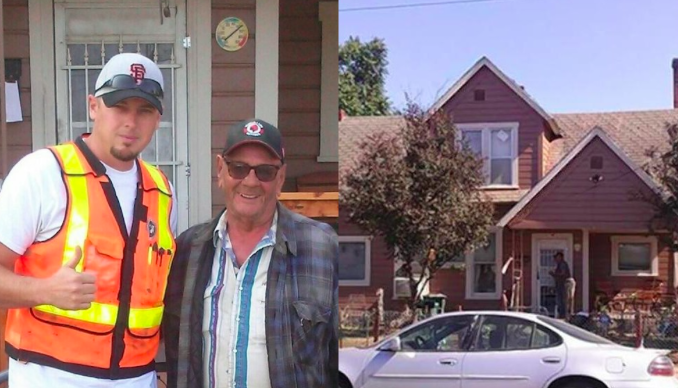 Oregon railroad inspector Josh Cyganik works right across of the home of 75-year-old Leonard Bullock. Recently, Cyganik overheard a group of teenagers making fun of Bullok’s deteriorating home and decided that something needed to be done. Instead of trying to punish the teens, Cyganik took to Facebook and asked people to help repair Bullock’s house. His post went viral and was shared over 6,000 times, and people as far as New York and Florida messaged Cyganik asking if they could help.

On the day of the home makeover, 95 people gathered to help repair Bullock’s home. The senior was overwhelmed by the kindness of people in his community and Cyganik was happy he could help. “I’ve been called a hero, and I don’t look at it as that,” Cyganic told reporters. “I think anyone would’ve done the same thing if they heard what I heard. Everyone has it in them, it’s just wanting to take that step forward and do it.” 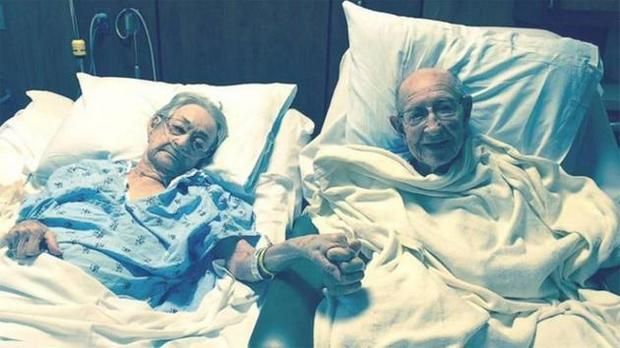 Tom and Arnisteen Clark have been married for 68 years and the love that bonds them is very strong. Recently, the couple was hospitalized at the same time but put in separate rooms. Staff at the hospital noticed that 96-year-old Tom and 92-year-old Arnisteen was extremely sad and both complained that they were “heartsick.” When hospital workers realized that the seniors were husband and wife, they decided to bring the pair together in the same room so they could be close to one another. Although the decision was not exactly in guidelines with hospital rules, doctors and nurses gave this situation a pass after they saw how in love Tom and Arnisteen are.

“I believe he was brought in a couple days before she was,” Charlsie Niemiec, the hospital’s social media specialist, told ABC News. “Because they were on the orthopedic surgical floor, none of those rooms have double occupancy so they couldn’t be together, and it was clearly breaking their hearts.” Both Tom and Arnisteen are expected to recover and they will be moved to a rehab facility in a few days.

“I just can’t be away from her,” Tom told hospital staff. “She’s the finest woman in the world.” 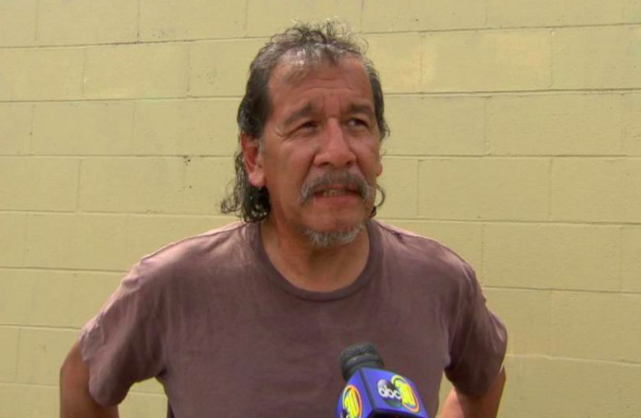 A California homeless man named Paul DeLeon is being hailed a hero after saving a 19-year-old woman who was being beat up by her ex-boyfriend near a Fresno liquor store. DeLeon witnessed a man in a white Lexus pull up to his ex-girlfriend and immediately started hitting and punching her. DeLeon jumped into action by pepper spraying the man, allowing the young woman to run away.

“I mean he was kicking her hard too, right in the head, and I couldn’t just stand there and do nothing,” DeLeon said. “I grabbed my mace, and I maced him.” The woman’s ex-boyfriend then shot DeLeon in the arm but he is in stable condition and is expected to fully recover from the incident. 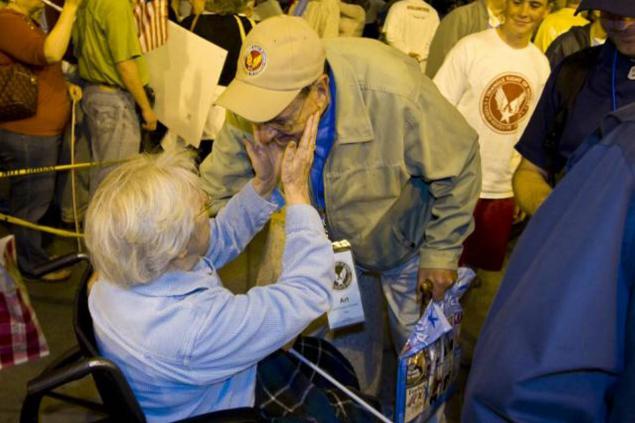 Ninety-year-old Arthur Schneider didn’t think twice before running into his burning home to save his wife of 68 years from the blaze. Rosemary, who suffers from Parkinson’s disease and dementia, was stuck at the back of the house confined to her wheelchair. “I had to go back and get her,” Arthur said. “She’s part of me.” The power in the house was out so Arthur had to feel his way around but he found 89-year-old Rosemary and wheeled her out of the burning building.

The couple got out safely but their home was destroyed. All that matters to Arthur is that Rosemary is unharmed. For several years he has been dedicated to taking care of his wife ever since she was diagnosed with Parkinson’s and dementia. The couple keep each other happy and have nine children, 20 grandkids and two great grandchildren. “It’s a good marriage,” Arthur said. “When you live together and you love somebody, you can’t afford to lose it.”

7. Lonely orphaned kangaroos given toy teddy bears to cheer them up 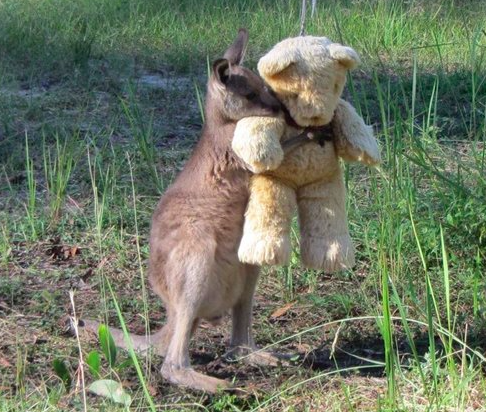 To help cure their loneliness, baby kangaroos and wallabies in Australia are being given teddy bears to keep them company. WIRES, a wildlife company that specializes in caring for orphaned animals, has been providing the babies with the stuffed animals. The kangaroos and wallabies have been responding extremely well to their new companions and spend most of their time cuddling and playing with the bears.

8. Dad gets tattoo to help his deaf daughter feel accepted

Six-year-old Charlotte got her first cochlear implant put in at the age of four. Recently, the little girl just received her second implant to help improve her hearing. As a gesture of support, Charlotte’s father Alistair Campbell decided to get a tattoo of a cochlear implant on the side of his head. The New Zealand man shaved all of his hair off so he could get the tattoo but he told reporters that he was motivated to do so by the love for his daughter. “Hey, my hair can grow back,” Campbell said. Charlotte loves her dad’s tattoo and although she may not grasp its significance right now, it will forever serve as a reminder of how much her father loves her.

9. Video of little boy determined to break a board in his Taekwondo class goes viral

The little boy in this video serves as a reminder to never give up. He is determined to break the board in his Taekwondo class so he can receive his white belt. After a few hilarious tries he manages to do so. Watch the video above to get the dose of cuteness needed to brighten your day.