1. Firefighter falls in love and marries woman he rescued from house fire 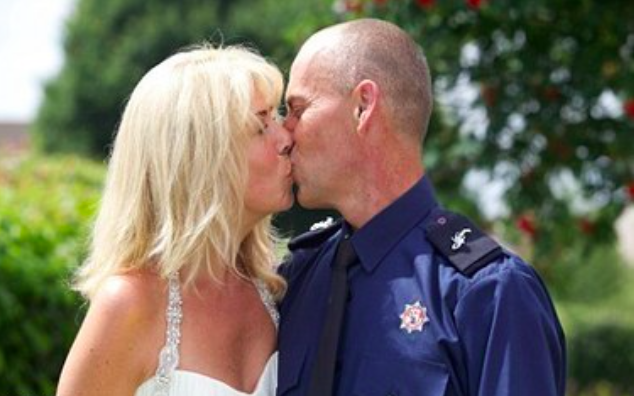 Julia Sbardella was cooking when her frying pan caught on fire. She quickly called 911 and rushed outside with her children as the flames engulfed her home. Firefighter Rod Rodwell was part of the team that put out flames. Julia thanked him for his help and the two stayed touch. Slowly, a romance blossomed between Julia and Rod and pair decided to tie the knot. “Our life has been wonderful since we met [because of the fire]. Rod really was my knight in shining armor,” said Julia.

2. Israeli Café offering 50 per cent off to Jews and Arabs who eat together

Israeli cafe offers 50 percent off to Arabs and Jews who eat together https://t.co/krHKwcd9gX

As the violence between Israel and Palestine continues, one Israeli café owner is trying to make a peaceful and positive difference by offering a 50 per cent discount to Arabs and Jews who sit together at his restaurant called the Hummus Bar. “Scared of Arabs? Scared of Jews? With us there are no Arabs, but also no Jews. With us there are people! And genuine excellent Arabic hummus!” reads an ad posted by the Hummus Bar on Facebook. Manager Kobi Tzafrir, said that he has already served several tables with Arabs and Jews sitting together.

While most kids will be trick-or-treating on October 31, Halloween came early for four-year-old Branden Witt. He will be in the hospital receiving brain surgery during the last week of October. His parents asked neighbours on their street to celebrate Halloween early, so Branden would have the chance to dress-up and go trick-or-treating. On Saturday, the whole block threw a Halloween extravaganza for Branden and the little boy got the chance to participate in the festivities before his surgery.

4. Student rewarded for his act of kindness towards disabled man on bus 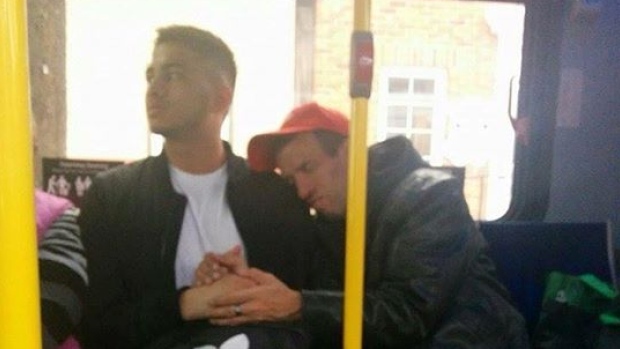 In last week’s roundup we told you the story of Hamilton university student Godfrey Coutto who was praised for his act of kindness when he held a disabled man’s hand on the bus. Now, Coutto has been rewarded with two $1,000 cheques for his kind gesture. The Amalgamated Transit Union (ATU) presented the cheques to Coutto. ATU told CBC that they wanted to reward Coutto because youth in the city often get a “bum rap.”

An elderly veteran is being called a hero after he saved 16 children from a knife attack at an Illinois public library. James Vernon stood in the way of 19-year-old Dustin Brown and blocked him from stabbing the children. Vernon, a 75-year-old war veteran, was teaching a children’s chess club at the local library, when Brown stormed in, wielding two knives and threatened to hurt the children. Vernon fought Brown off by using the knife-fight training he learned in the army nearly 50 years go. Vernon was injured in the attack but is recovering well.

Koko the gorilla is famous for her ability to use sign language. She has been signing the world “baby” for a while now, so staff at the Gorilla Foundation in Redwood City, California, figured that KoKo wanted to be a mother. For her 44th birthday, Koko was presented with a box full of kittens, which she has adopted as her own babies. Watch the video to see Koko bond with her new feline family.

7. Dog races into burning home to save owner 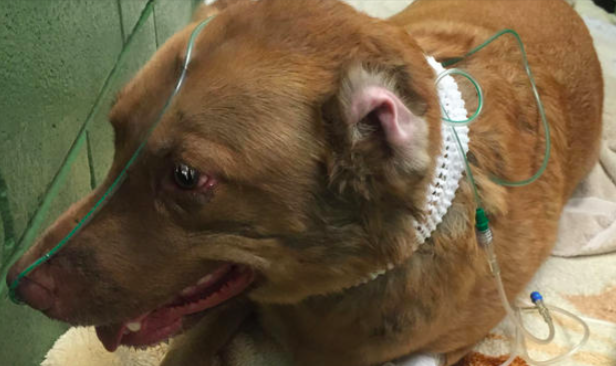 Sara Domaradzka rushed out of her burning home with her dog Bambi in her arms. The house had caught fire and Domaradzka escaped in a panic. However, Domaradzka was worried because she did not see her father, Piotr, come out of the family home. Bambi realized that Piotr was missing too, and ran out of Sara’s arms and back into the house to save him. Unfortunately, Bambi got trapped inside the house alongside Piotr. Firefighters arrived just in time to save Piotr from the burning house and medics revived him. However, there was no sign of Bambi. It took some time, but firefighters were able to find the dog and save her as well. Piotr is recovering at a local hospital and Bambi is in stable condition at the animal hospital. They are both expected to recover quickly.

“If you didn’t have friends, you’d finish the race alone…” Boy helps buddy with Down syndrome complete race @ https://t.co/X0ULW46sCw

Charley Doiron was happy to finish his two-kilometer cross-country meet. The 11-year-old managed to place 73rd out of 200 in the race, and after he crossed the finish line, he went to look for his friend Ben Matheson who was also participating in the run. Ben has Down syndrome and cannot speak, and Charley want to make sure his friend was doing alright. It turns out that Ben was struggling to finish the race, so Charley ran all the way back to help his friend cross the finish line. “If you didn’t have friends, you’d finish the race alone. I’d do it any day for Ben,” Charley told CBC.

IT WAS AMAZING, AND A HONOR MEETING #PRESIDENT #OBAMA!!! #YOY #THEWHITEHOUSE pic.twitter.com/OIuXjFVLZe

You may remember the story about 14-year-old Ahmed Mohamed, who brought a homemade clock to his Texas school and was arrested because teachers and administration thought it was a bomb. The incident resulted in shock and outrage around the world as people spoke out and expressed their support for Mohamed, who was only trying to show teachers his project. One of his supporters is President Obama, who tweeted at the teen and invited him to the White House. The two met earlier this week, and Mohamed was able to have a brief chat with Obama and shake his hand. The teen also announced that he and his family will be relocating to Qatar, where he has accepted a scholarship to study at the Qatar Foundation’s Young Innovator’s Program.